In the mountain village of Hochstoff, the wealthy Stromminger is celebrating his seventieth birthday. The hunter Giuseppe Hagenbach bursts in on the celebrations, boasting that he has just killed a bear. Stromminger quarrels with the self-confident young man and the two come to blows. The two men can only be separated by Stromminger’s daughter Wally. This permanently bewilders Hagenbach because no woman has ever bested him in a physical contest before. Wally is strong and courageous and entirely without feminine vanity: she is Stromminger’s only child and was raised like a boy, though without love. Men find her unsettling; only Vincenzo Gellner loves her. He knows that Wally is secretly in love with Hagenbach and tells his friend Stromminger so. The furious father demands that his daughter either marry Gellner or leave his household. Accompanied by her only friend, the young zither player Walter, Wally escapes into the mountains. Some time later her father dies and she returns to enjoy her freedom as a wealthy and beautiful woman. However, she keeps all her admirers at arm’s length. At a festival she meets Hagenbach again. Gellner, still no nearer winning Wally over, arouses her jealousy when Hagenbach chats familiarly with Afra, the landlady of the inn. Wally then bullies Afra, so Hagenbach, wishing to avenge his lady friend, hints to Wally during the traditional kissing dance that he loves her and steals a kiss. When the dance ends Wally sees that everyone is laughing at her, and she furiously realises that she has been tricked. In the face of this humiliation she promises Gellner that she will marry him if he kills Hagenbach. Alone at home Wally regrets her promise, but that very night Gellner pushes his rival into a ravine. Hagenbach wanted to come and see Wally and ask for her forgiveness because during the dance he really did fall in love with her. When Gellner reports the murder to her Wally is horrified. However, she is able to rescue the unconscious Hagenbach from the ravine. She then leaves her entire fortune to Afra and goes into the mountains alone to do penance. When Hagenbach is well again he goes to Wally to declare his love and even forgives her attempt to have him killed. But the couple is not destined to share a life together: Hagenbach is swept away by an avalanche and Wally plunges into the abyss after him.

Alfredo Catalani chose highly unusual material for his opera: the successful novel Die Geier-Wally (1873) by Wilhelmine von Hillern tells the story of a young woman who does not fit any of the gender clichés of the time and whose only friend is a tame vulture. Raised like a boy by her father, Wally is strong and uncompromising and is unable to obey her father when he wants to marry her to a man she does not love. Unlike many earlier operatic heroines commanded to marry against their will, Wally does not look for a solution in society, but instead runs away to the crags and ravines of the mountains. Her husband must be her equal, someone unafraid to face both a bear and her father. Hagenbach is the opposite of the elderly Stromminger: initially arrogant he then proves to be a true friend to Afra and a man who can love a woman like Wally. But whereas a couple like this can appear in a novel in around 1892, it is not possible in an opera. Any hope of happiness is dashed by the forces of nature so that the final chord can resonate with monumental tragedy. First performed on 20 January 1892 at La Scala in Milan, the opera is often classified as verismo. Catalani, however, was inspired more by Wagner, German Romanticism and the operas of his contemporary Massenet. Great attention is paid to the orchestra, which is given nuanced harmonies and colourful instrumentation: the score includes leitmotifs but almost no fixed demarcation of numbers and virtually no arias, only Wally’s “Ebben, ne andrò lontano”. Catalani wrote the title role for the Romanian soprano Hariclea Darclée, famed at the time as the “Carpathian nightingale”. She was also Puccini’s first Tosca. Catalani was not interested in evoking the Tyrolean mountains with his music: naturalistic elements such as the rustic waltz in the kissing dance scene are always executed in keeping with the characters’ circumstances. For that reason the music does not portray any genre scenes, but rather emotional processes. Only the edelweiss song at the beginning creates local colour. The zither player Walter, who sings the song first even though it was written by Wally, serves as her poetic alter ego. He embodies what she suppresses: the language of love, art, light-heartedness and femininity. Sadly, Wally’s original friend, the vulture, was replaced by Walter during the adaptation of the novel as an opera libretto. 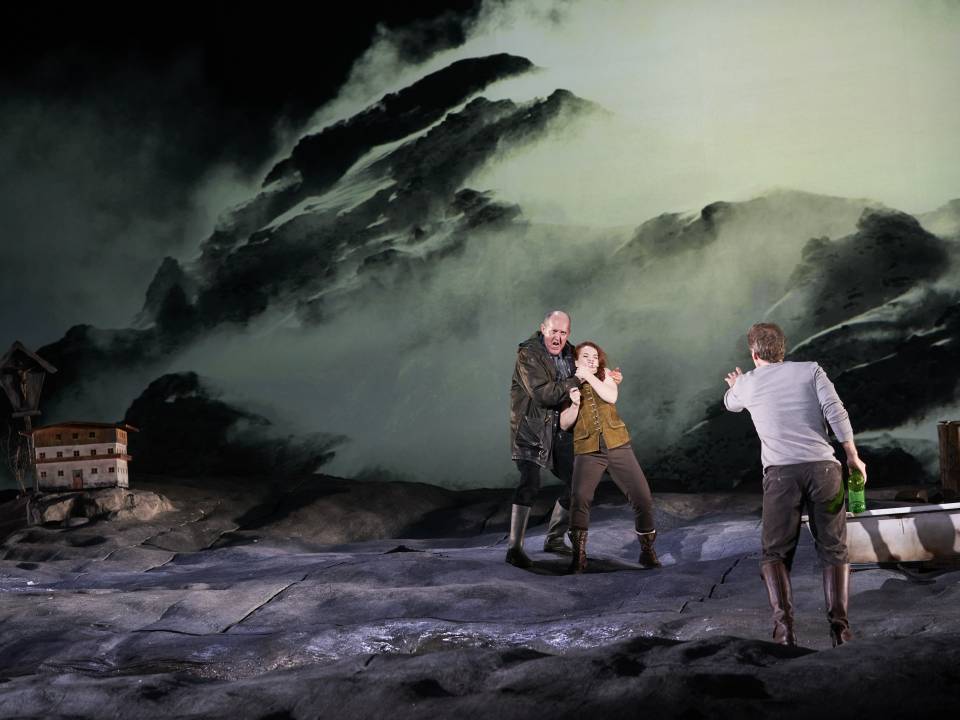 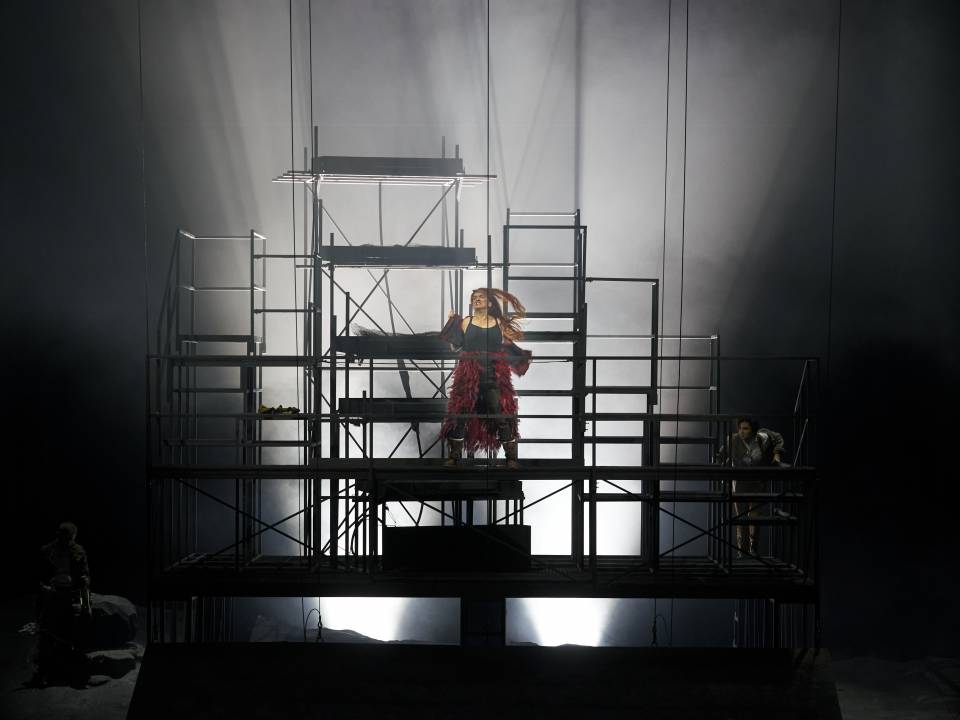 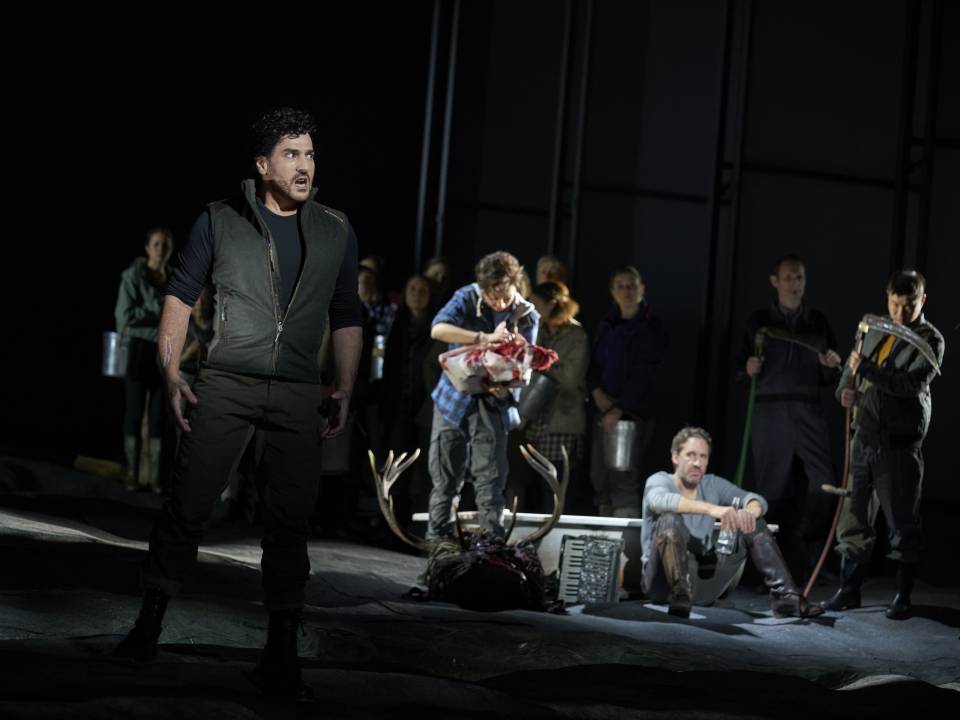 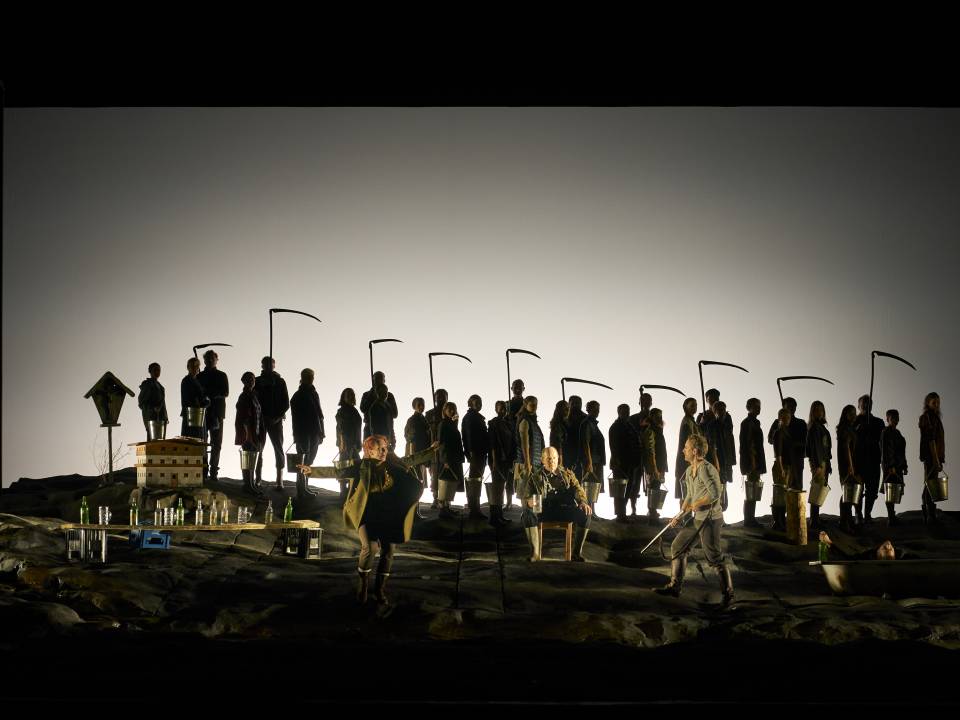 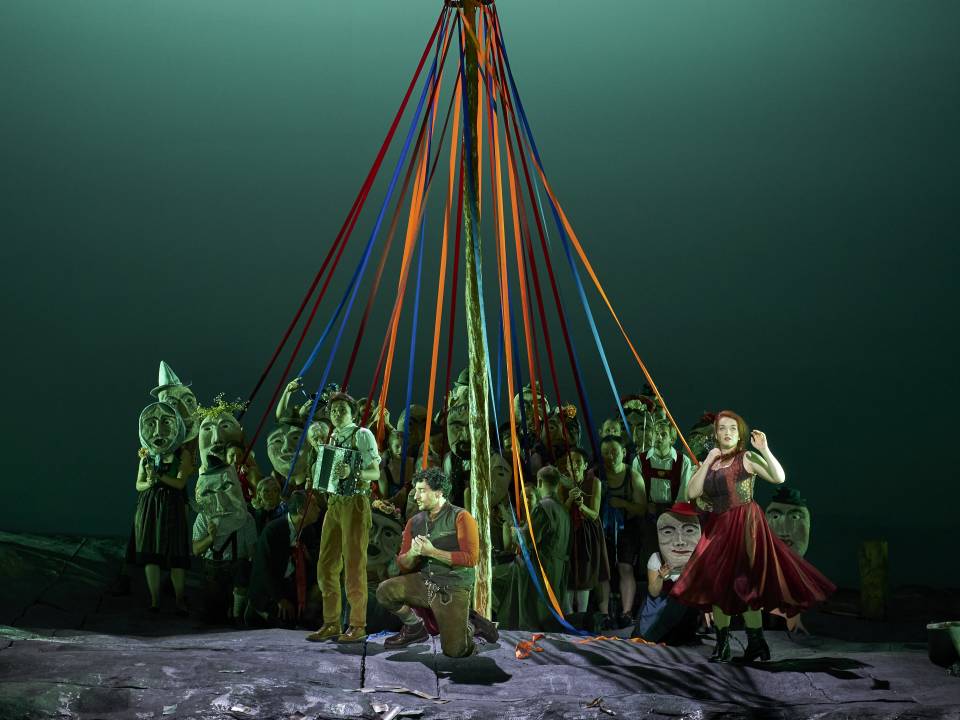 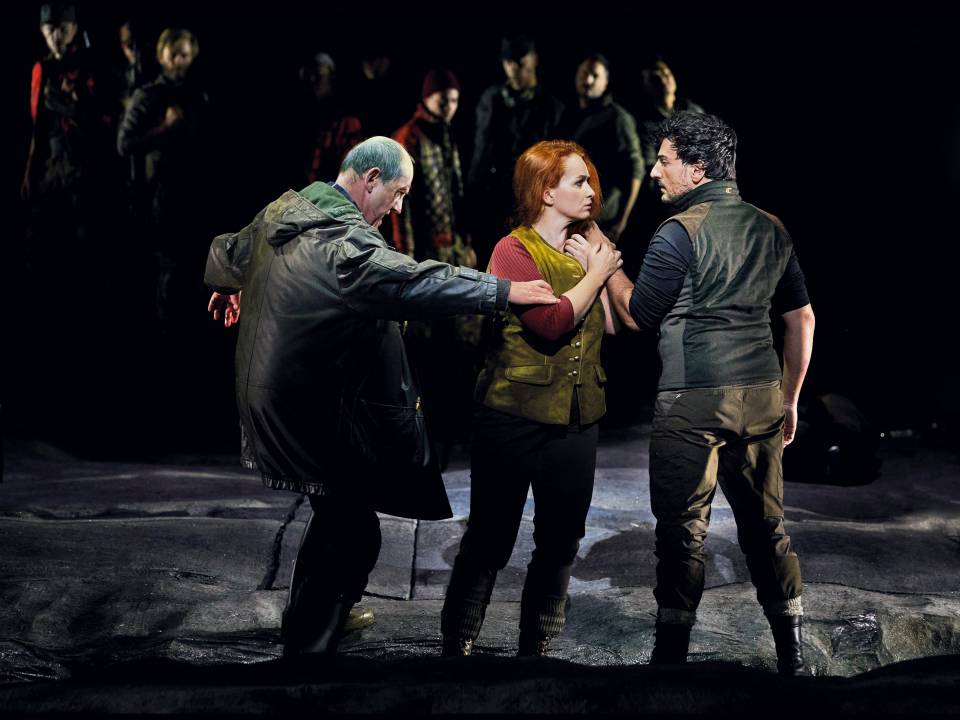 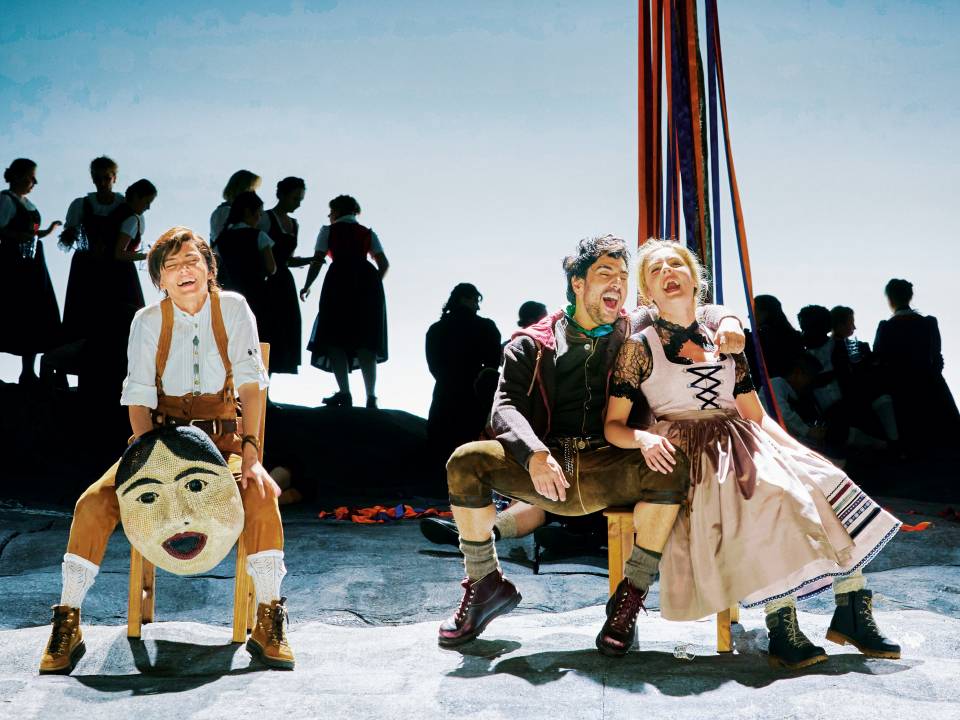 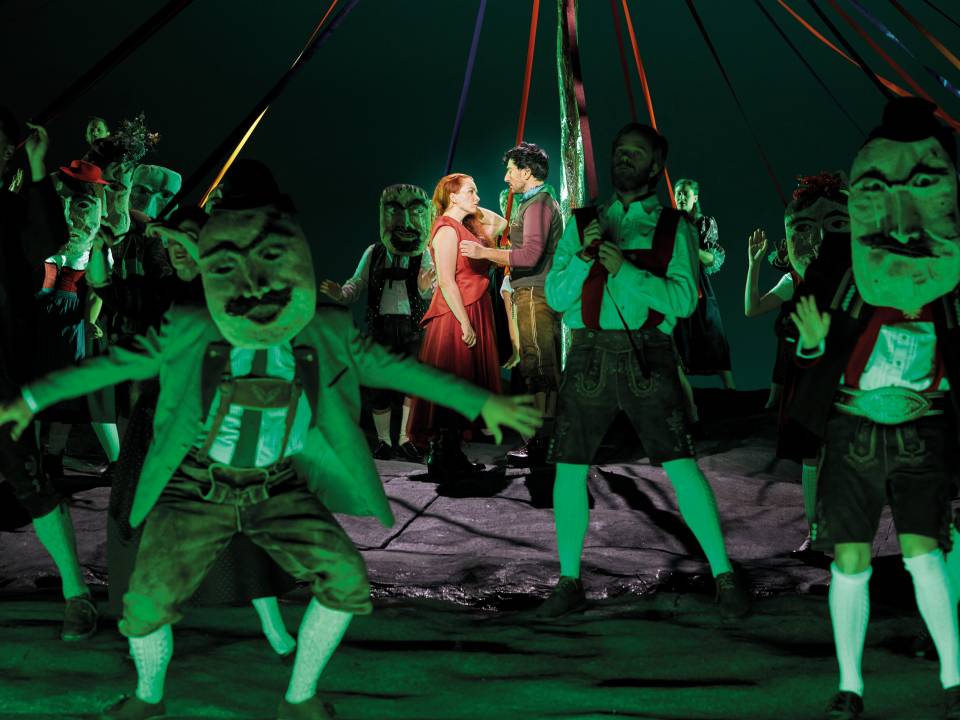 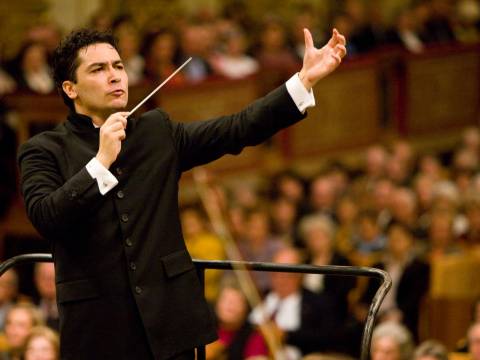 Orozco-Estrada and the Vienna Philharmonic 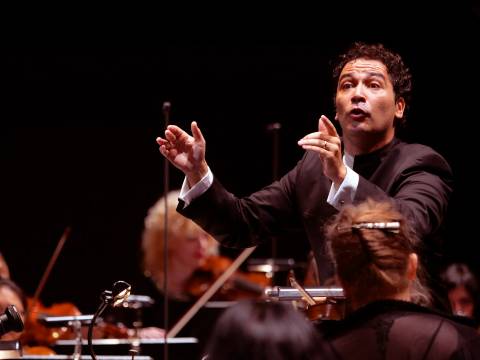