George Gershwin was 29 years old when he received his second commission for an orchestral work to be performed by Walter Damrosch's New York Symphony Society. With his Rhapsody in Blue and his Concerto, he had already made waves in the symphonic world. In March 1928, he set out for another trip to Europe; in his luggage were sketches for the new symphonic work. Back in New York, he completed the orchestration of the work on 18 November, less than a month before the scheduled premiere. He also issued his own informal description of what he had aimed to do in his new score: "This new piece, really a rhapsodic ballet, is written very freely and is the most modern music I've yet attempted. The opening part will be developd in typical French style, in the manner of Debussy and the Six, though the themes are all original. My purpose here is to portray the impression of an American visitor in Paris, as he strolls about the city, listens to various street noises and absorbs the French atmosphere."
Leonard Bernstein and George Gershwin - two musicians inseparably linked with America - form an exuberant and stimulating combination in this program with the New York Philharmonic. Gershwin was one of the American composers Bernstein revered the most and one who, along with Mahler, Copland and Blitzstein, exerted a great influence on him as a composer. For his senior thesis at Harvard University, for example, Bernstein set out to show that Gershwin and Copland had created a national musical style by responding creatively to jazz and Latin-American influences. And when his musical "On the Town" was premiered in 1944, one critic described it as "an energetic blend of Stravinsky and Gershwin." If anyone could do justice to Gershwin's spirited, swinging style, it was unquestionably Leonard Bernstein. 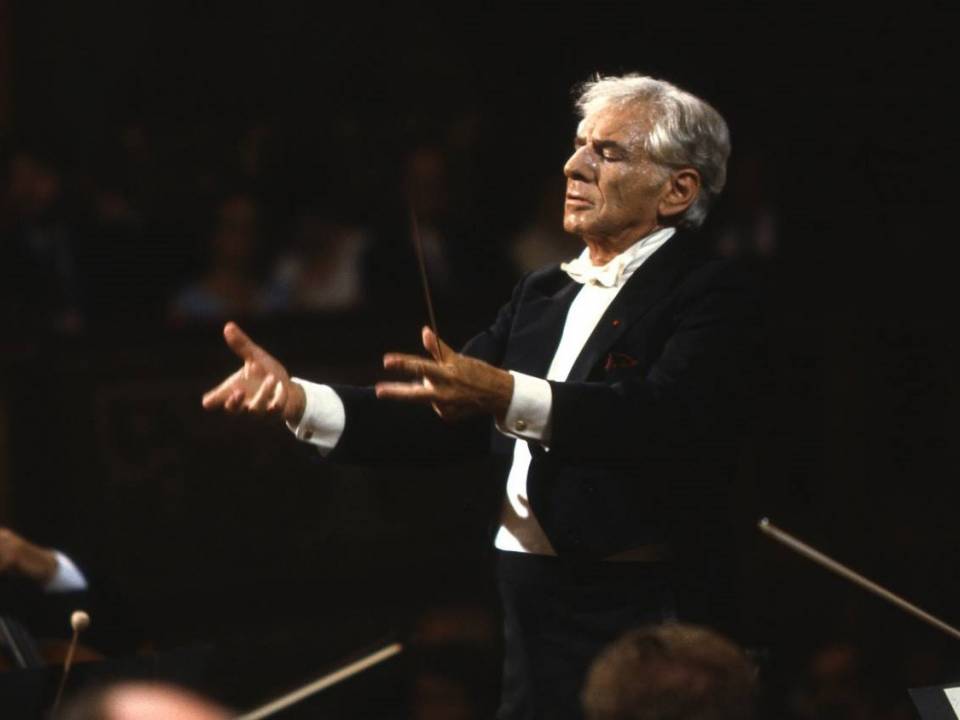