A star-studded quartet of soloists provided the appropriate presentation of the masterpiece. Mozart's Requiem, which takes just under an hour, was chosen as a gentle and thoughtful introduction to the festival, and Christian Thielemann conducted it in exactly the same way.
The conductor let his Sächsische Staatskapelle Dresden approach the audience on velvet paws in the Introit and let the strings dance under the choir in the Kyrie. Just not too much pathos for the already mystically charged work on which Mozart literally died. Mysticism means closeness to God, not mythological fuzziness.
In fact, in the Lacrimosa, the most famous part of the Requiem, only a full eight bars come from the composer's pen. Mozart's widow famously had the work completed by Franz Xaver Süßmayr, a friend and student of Mozart.
Full of devotion, Thielemann also let the Bachchor Salzburg touch the Lacrimosa and the choir and orchestra flex their muscles a bit only at the very end. But this was to remain a minor outlier in this otherwise thoroughly detailed, lightning-bright and highly devotional conducting. Nor did anyone take a backseat to the top-class soloists around Golda Schulz, Christa Mayer, Sebastian Kohlhepp and Rene Pape.
By the end of this orchestral devotion, such a reverent mood had settled over the audience that no one really dared to clap. After the initial fears of contact, however, the crowd finally broke out in cheers and applause, duly celebrating conductor, orchestra and soloists, as well as the successful return of the Easter Festival. 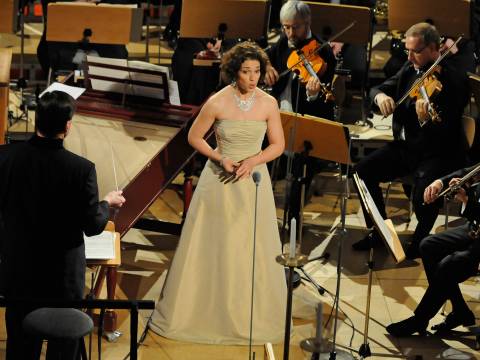 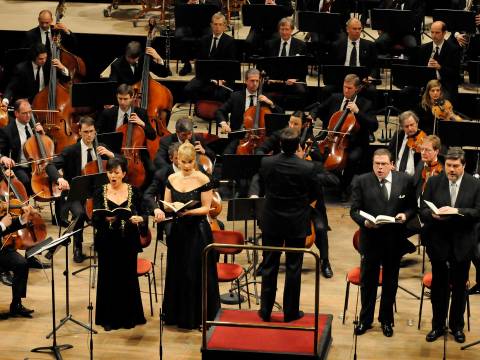