*in Italian without subtitles*

A feathered thief, a servant wrongly sentenced to death and a corrupt, power-hungry politician: those are the protagonists of Rossini’s semi-serious opera whose overture, with its drum rolls and oboe solo, is one of the best-known pieces in the history of music. La gazza ladra (The Thieving Magpie) is set in a time of great social upheaval. When Ninetta is accused of stealing a silver spoon, a series of unfortunate events begins that initially makes the happy ending expected from an opera semiseria seem highly unlikely. What sort of world is it where a person can be executed for the alleged theft of a spoon? Tobias Kratzer, successful as a director throughout Europe, now debuts in Vienna with Rossini’s opera that received its first performance in 1817 and traces the uncertainty felt by people in a politically and socially destabilised world.

Act I At the home of the Vingradito family, everyone is busy: they are getting ready to welcome Giannetto, the son of the house, home from the Napoleonic Wars. At the same time, a cheeky magpie is up to its usual tricks. Ninetta, the servant, has two reasons to celebrate today: not only is Giannetto the man she loves, but her father is due to arrive as well. Giannetto’s mother Lucia warns her to keep a close eye on the valuable silver cutlery because they have already lost a fork. – A little celebration is held to mark Giannetto’s return. When Ninetta is alone afterwards, her father Fernando appears. But their joy is short-lived: he has deserted from the army and been sentenced to death as a result. “Wanted” posters for him have been put up. Because he needs money, he gives her the family silver, asking her to sell it for him. Father and daughter are interrupted by the entrance of the mayor, who is in love with Ninetta. He is forced to break off his amorous advances when an official document is handed to him. Because he has forgotten his glasses, Ninetta has to read the letter to him. She quickly realises that it is the warrant for her father’s arrest and so pretends that it says something else. This allows Fernando to escape, though not before arguing with the mayor because the latter again makes sexual advances toward Ninetta. In the meantime the magpie flies in, steals one of the Vingraditos’ silver spoons from the table without anyone noticing, and flies off again. Ninetta sells her father’s silver to the pedlar Isacco and hides the money in a handkerchief. She tells the farmer’s boy Pippo that she has sold a few small items because she was short of money. The Vingradito family quickly notices that a spoon is missing. The mayor records the crime in his notebook, during which he learns by chance that the man on the “Wanted” posters is none other than Ninetta’s father. Ninetta can now no longer hold back the tears, and as she takes out her handkerchief the money falls out. Pippo lets slip that Ninetta has sold a few things – all the evidence points to the servant’s having stolen the precious spoon. The mayor is triumphant: he now has a hold over Ninetta and can avenge himself for her rejection and what he sees as her father’s disrespectful behaviour. Ninetta is arrested and must fear the worst: the punishment for stealing from a home is death.

Act II Ninetta is in prison. Giannetto begs her to tell the whole truth. But Ninetta fears that this would place her father, who is still on the run, in danger. The mayor proposes a deal to Ninetta: liberty in exchange for a kiss. Ninetta indignantly refuses. Her third visitor is Pippo, whom Ninetta gives the job of selling her crucifix and hiding the money in the chestnut tree in front of the Vingraditos’ house. It was there that she had planned to hide the money for her father before she was sent to prison. Lucia Vingradito is deeply shocked by what has happened to Ninetta, and tells Fernando that his daughter has been arrested. – Ninetta is put on trial, and everyone is horrified when she really is sentenced to death. She still refuses to reveal the truth and place her father in danger. But now he himself appears in court to come to Ninetta’s aid. As soon as his identity is established, he is arrested. – Ninetta is about to be executed. As Pippo is hiding the money in the chestnut tree, the magpie snatches a gold coin and flies off with it. Pippo gives chase. He searches the magpie’s nest and finds not only the gold coin, but also the Vingraditos’ silver spoon. Everyone now hurries to the gallows to prevent the execution. Ninetta is now officially pardoned, and after her father is also rehabilitated by order of the King everything turns out well. 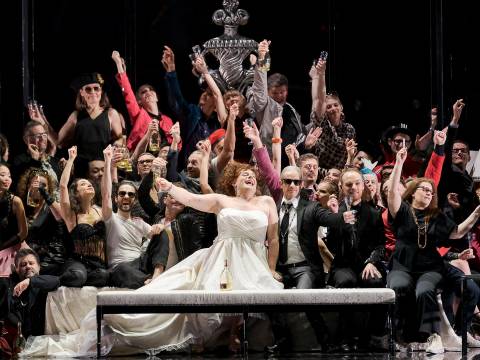 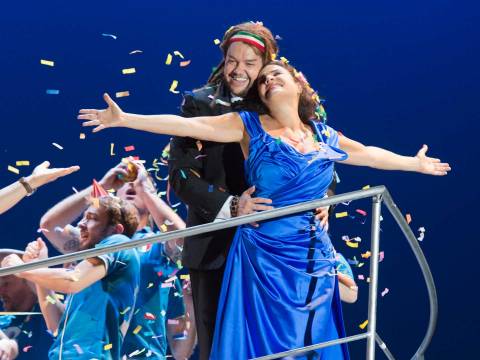 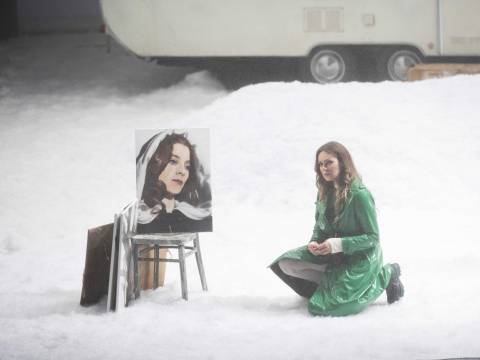 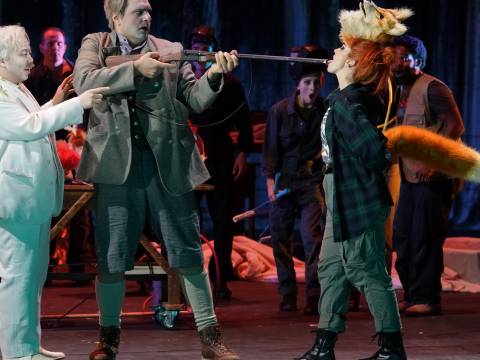 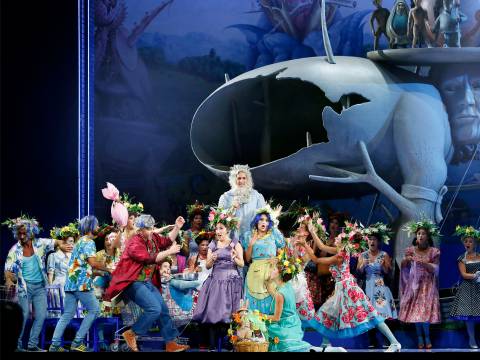 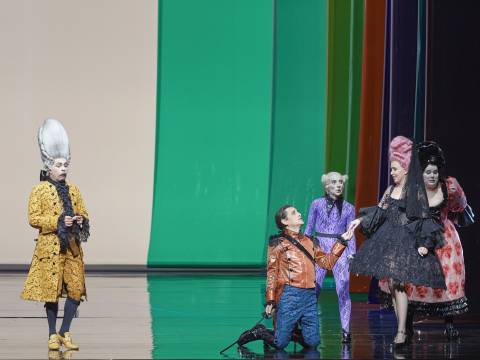