The Fifth Symphony was first performed in St. Petersburg in November 1888. Though the audiences were enthusiastic, critics were slow to accept the work. It is unified by a striking theme which reappears so dramatically in all four movements that a "plot" of some sort is strongly suggested. The core of the Fifth is the foreboding theme which begins the slow introduction. The dark color of the introduction seems to linger on into the fiery Allegro of the first movement proper. The second movement is characterized by a lyrical, nostalgic theme. On the surface, the third movement may seem like a charming waltz. But there is an undertone of melancholy which never completely disappears. The final movement begins with the motto theme transformed into a song of triumph and, after a concentrated polyphonic development section, the work rusehs on to an exultant close.
Tschaikowsky's Fifth Symphony was recorded at the Tanglewood Festival in 1974 in honor of the 100th anniversary of the birth of Serge Koussevitzky. Leonard Bernstein conducted the Boston Symphony Orchestra. Tschaikowsky's Fifth was one of Koussevitzky's warhorses during the many years in which he led the Boston Symphony. "It was like Koussevitzky's signature, his theme song, one of his national hymns, and I felt his presence on stage very strongly." (Leonard Bernstein) 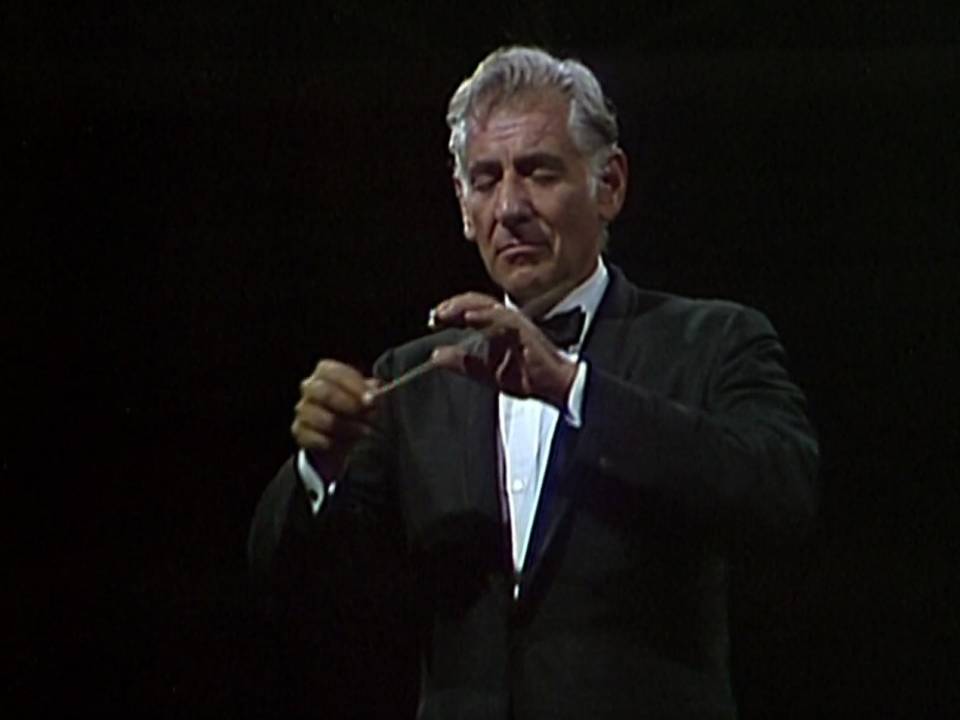 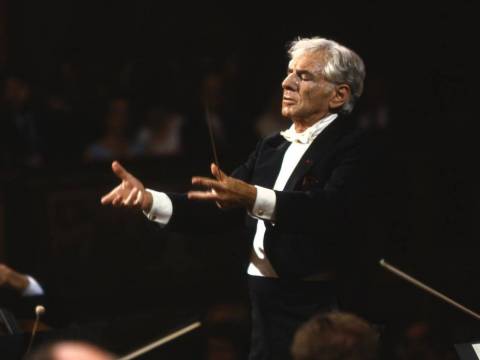