With more than 50 years of experience as film director, Peter Greenaway (Nightwatching, Eisenstein in Guanajuato) combines the worlds of film and opera at the Verdi Festival in Parma, demonstrating what magic those two can do together with an all new approach to Giuseppe Verdi’s Giovanna d’Arco, staged and edited by himself and his wife, Saskia Boddeke.
The opera’s libretto is based on Friedrich Schiller’s The Maid of Orleans. It tells the story of the French national hero Jeanne d’Arc, who defends her country against the English troops during the Hundred Years’ War. Constantly torn between her humble roots, her love for King Charles VII and her heavenly task to fight for France, she gains eternal glory by giving her life in the final, victorious battle against England.
Earthly passion and supernatural purity are rendered vivid in the musical interpretation of the Virtuosi Italiani and the Coro del Teatro Regio di Parma, conducted by Ramón Tebar, and by three exceptional singers, Vittoria Yeo, Luciano Ganci and Vittorio Vitelli, “who have the Verdian idiom in their blood, performing veritable miracles of expressive singing and italianità” (Kieler Nachrichten).
Turning the auditorium into the scene, Greenaway includes the unique architecture of the Teatro Farnese, one of Italy’s oldest and most exceptional theatre gems, into his staging. By the help of spectacular video and light installations, he creates a completely new opera experience, using a picture language that reaches from depictions of the Madonna to modern manga girls and the real faces of refugee children. “It is a thrilling moment when threads of light spread over the darkened arches during the overture, shaping the architecture and flooding the whole area with changing light patterns” (Daily Express). 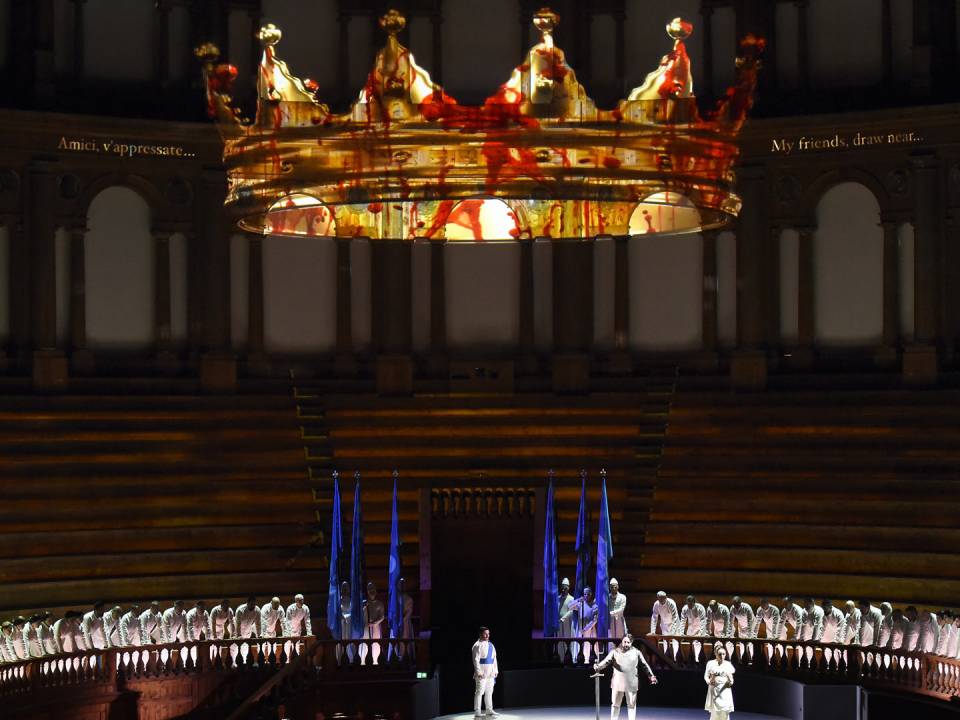 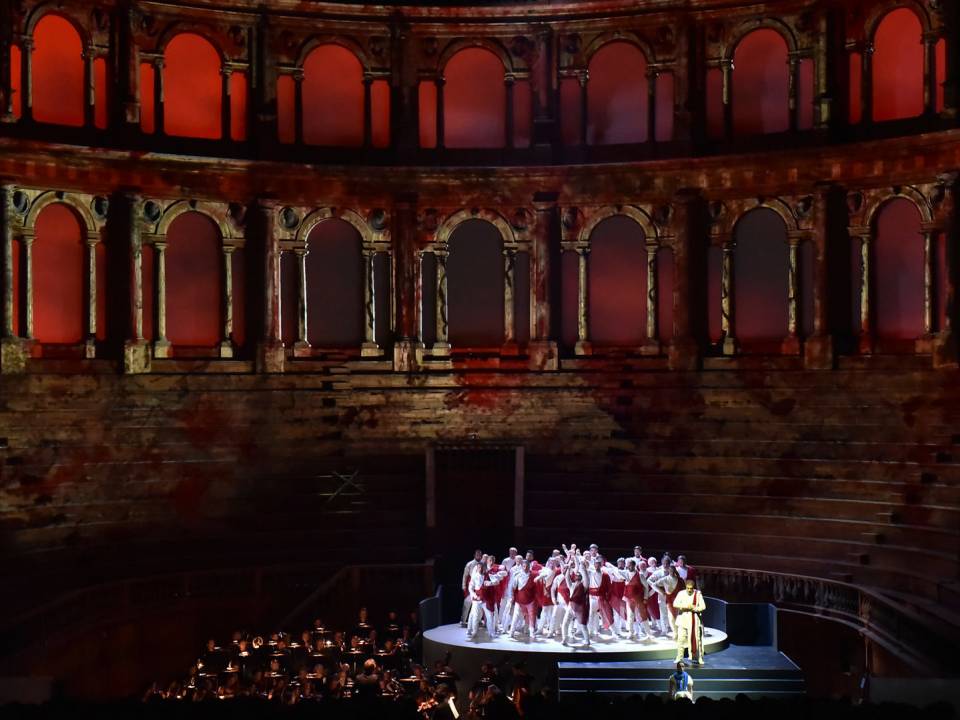 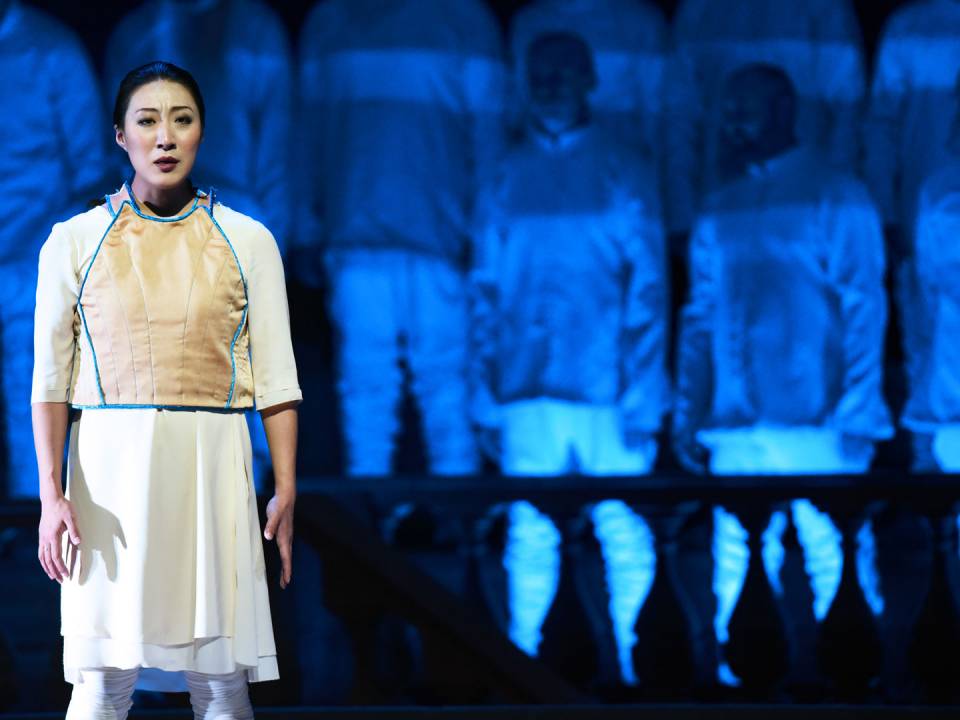 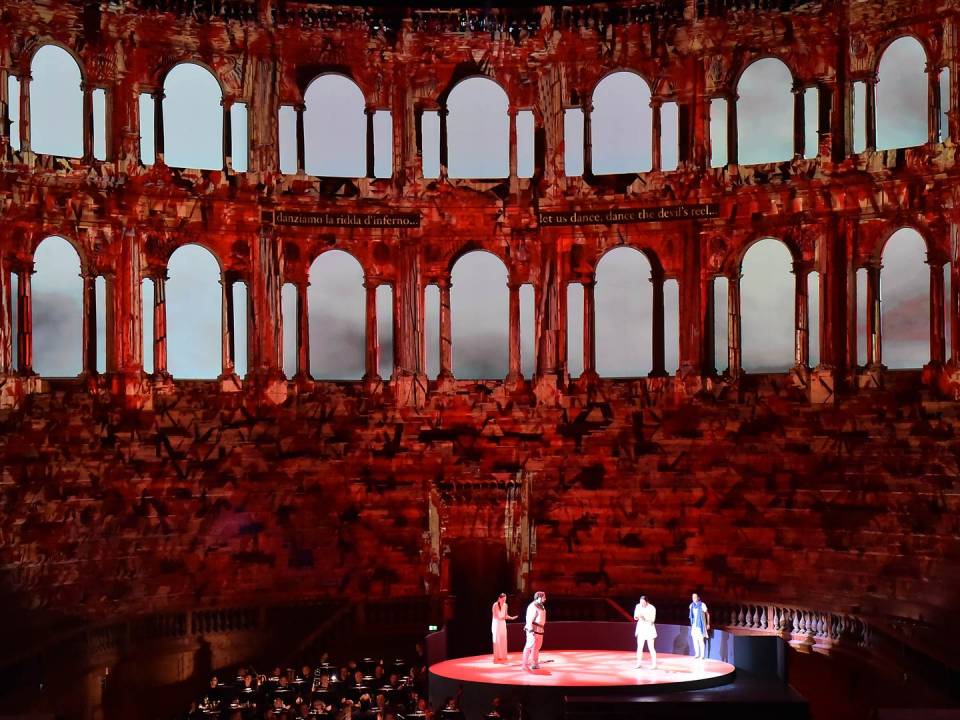 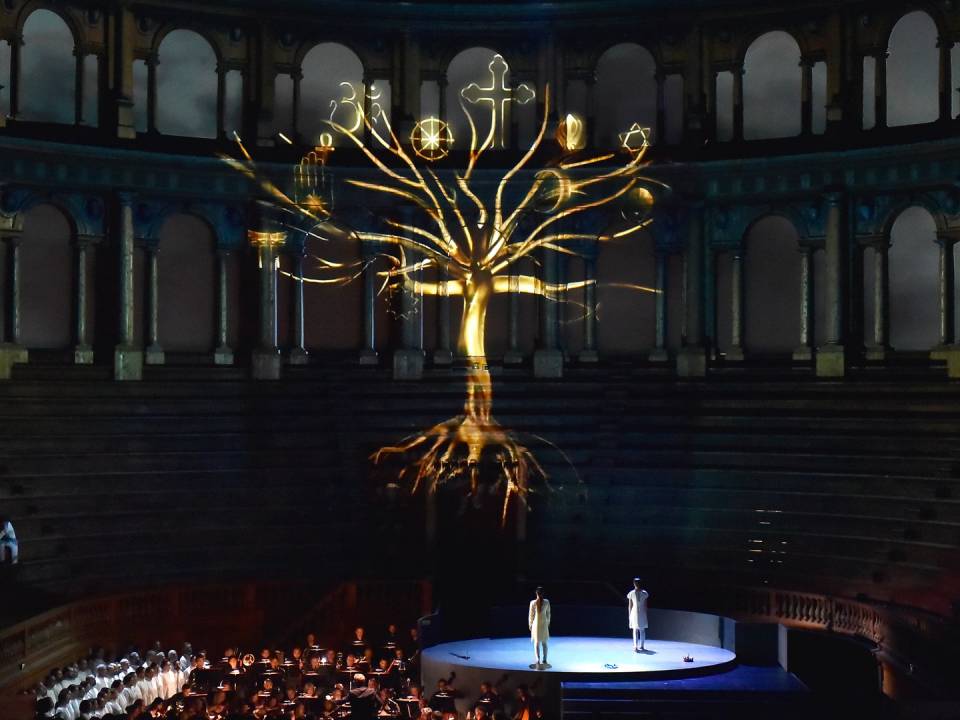 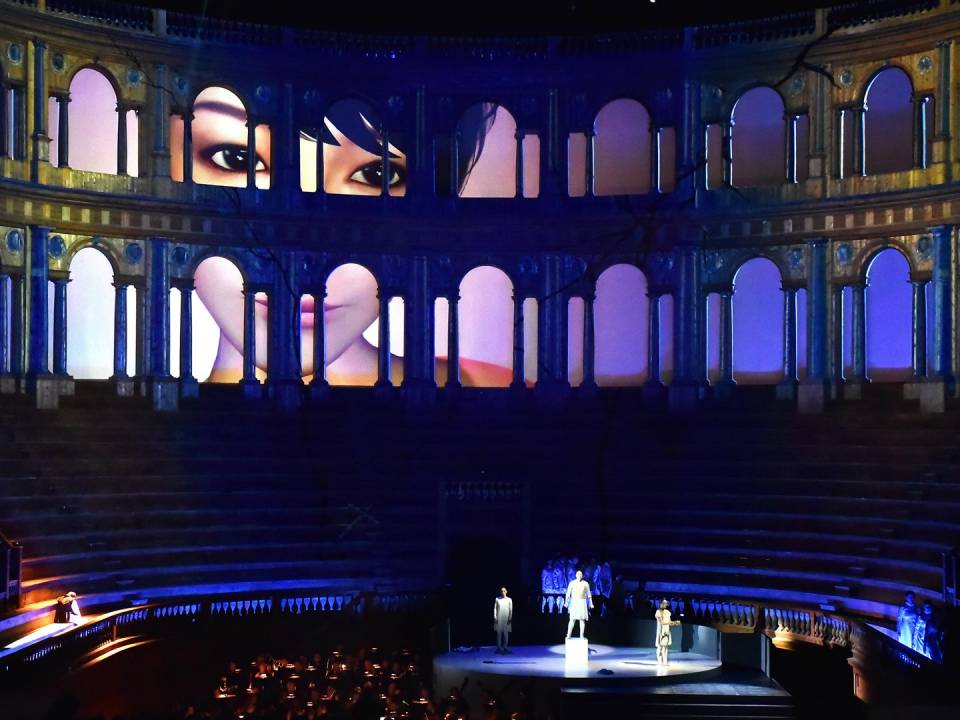 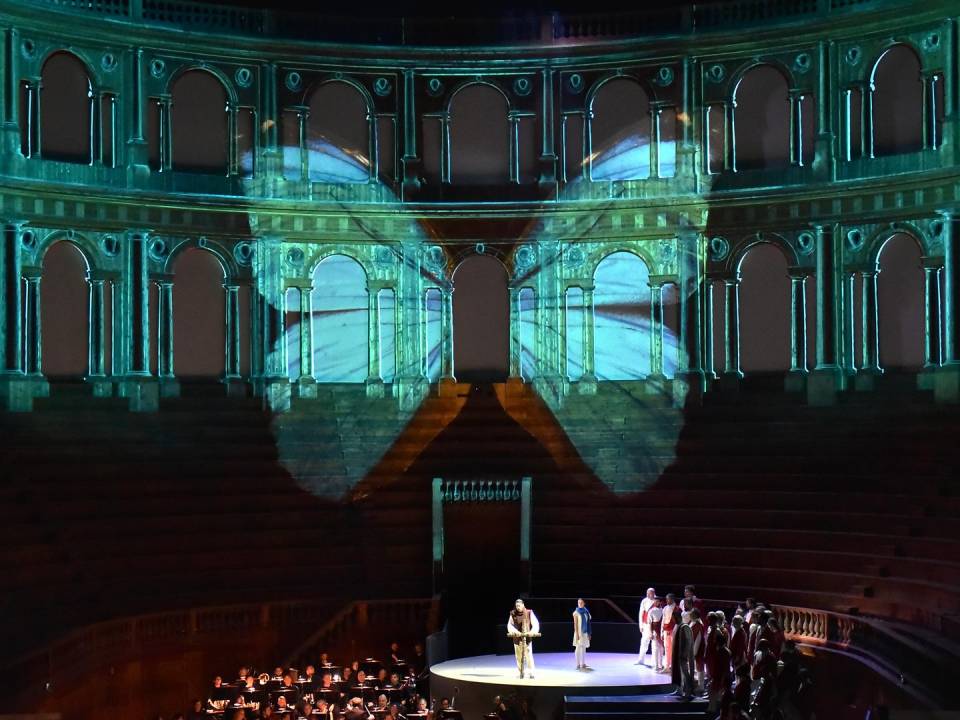 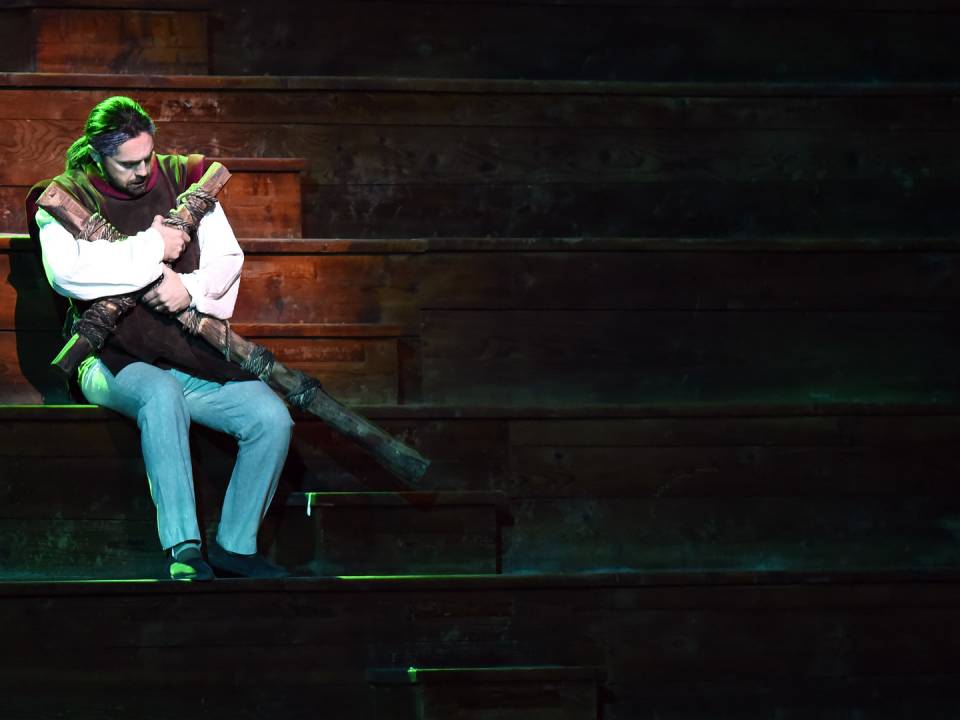 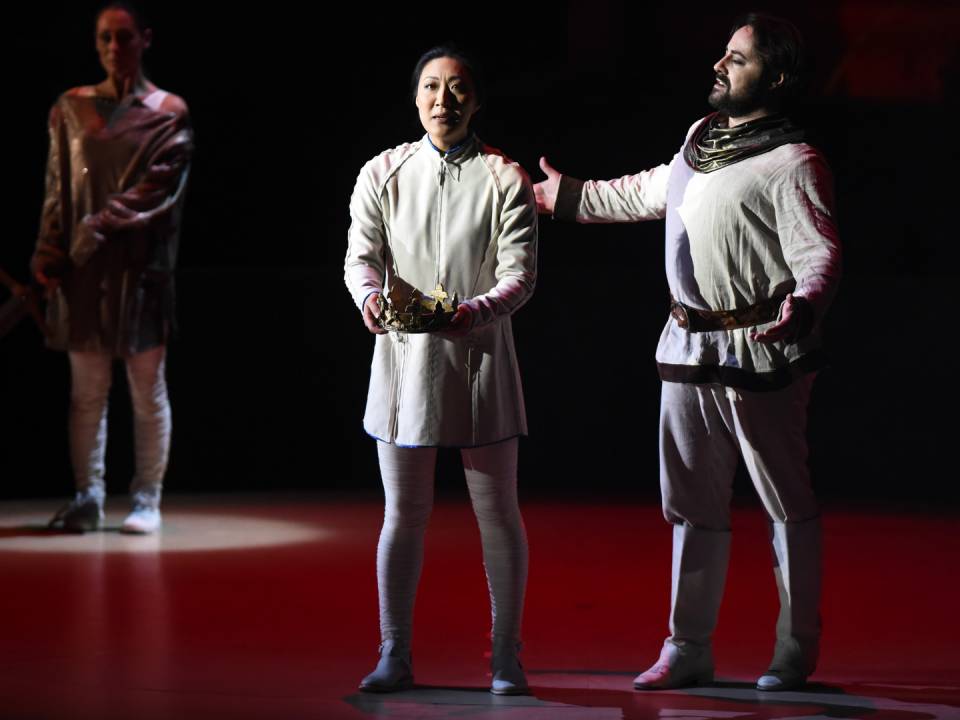 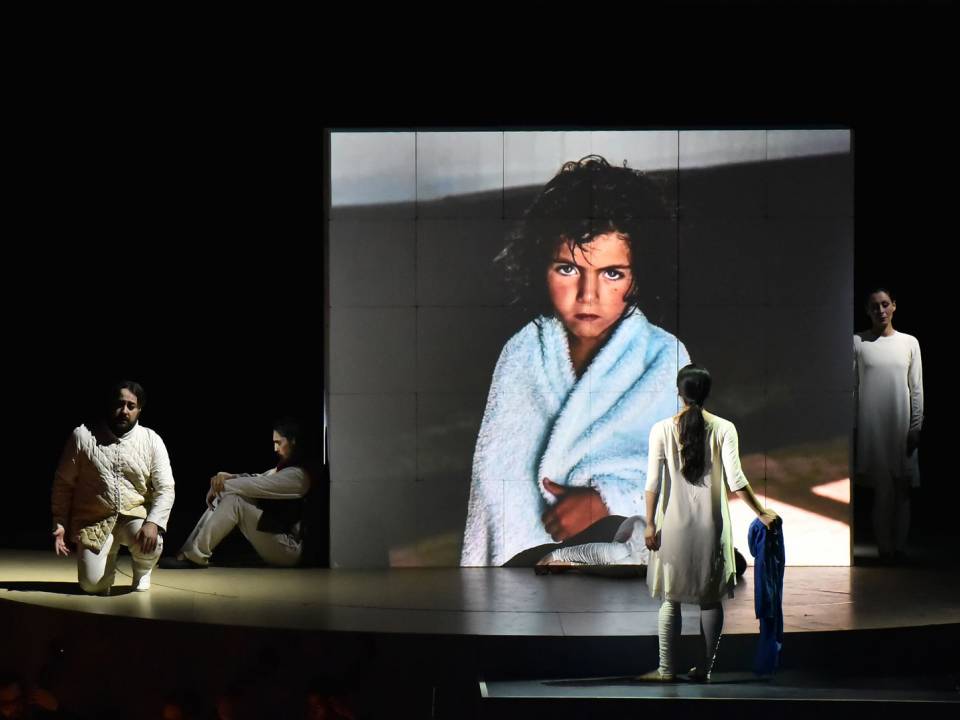 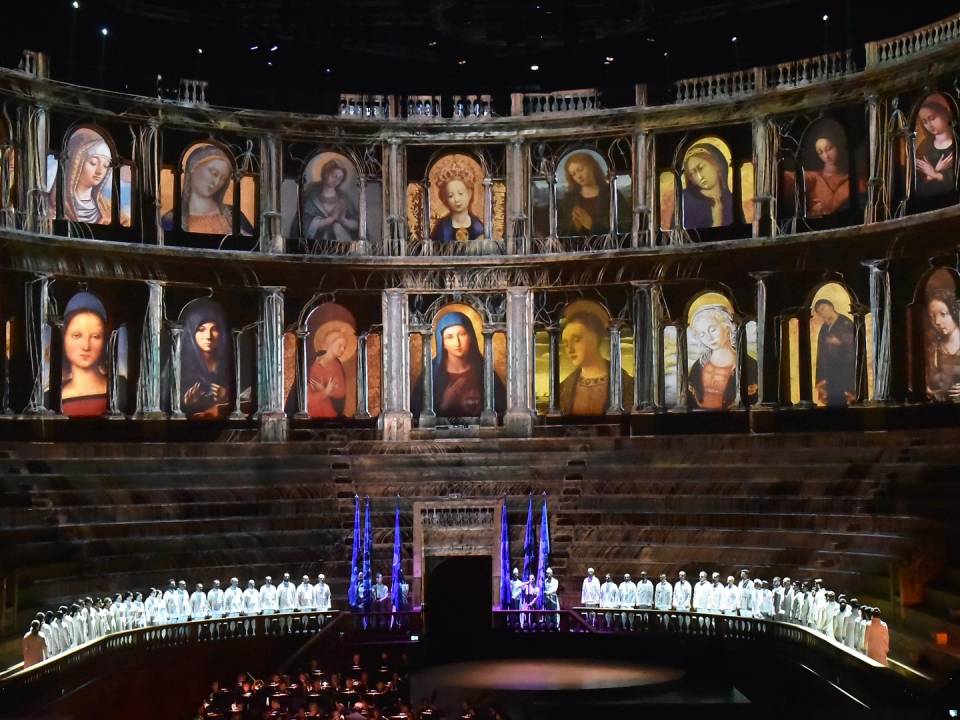 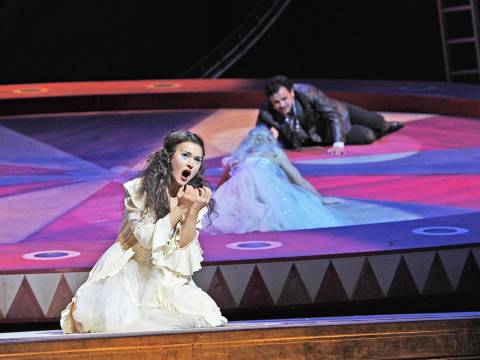