Star tenor and director Rolando Villazón has staged probably Verdi’s best known masterpiece in colourful, lively and emotion-packed form at the Festspielhaus in Baden Baden, so he made for “an enthusiastic reception for the premiere” (Stuttgarter Zeitung)! Villazón’s signature, both as singer and director, is unmistakable. He made his international breakthrough as Alfredo Germont and now, 10 years later, the Mexican-born singer has produced a Traviata full of energy, attention to detail and even a hint of melancholy.

Villazón chooses an unusual approach by relocating the action of the great and tragic love affair between Alfredo and the courtesan Violetta to the colourful and noisy world of the circus (scenery by Johannes Leiacker). Alfredo and Violetta’s love affair is recalled anew in flashbacks as Violetta’s distant memories. A trapeze artist portrays the opposing parallel worlds in Violetta’s life.
“The setting and opulence of the stage captivates the spectator, as do the stylized costumes designed by Thibault Vancraenenbroeck for circus artists”, the Stuttgarter Zeitung explains approvingly. Olga Peretyatko as Violetta delivers “a fantastic portrait of the title role wavering between adolescent joie de vivre, mature insight and anguish” (Stuttgarter Zeitung). Her partner is the young Brazilian tenor Atalla Ayan as the jealous Alfredo, who delivers a “beguiling interpretation with a dark, warm timbre and rich top notes” (Stuttgarter Zeitung). Simone Piazzolla as Alfredo’s strict father Giorgio Germont adds fine vocal lines to provide a strong sense of “Italianità” on stage (Neue Zürcher Zeitung). Directing the Balthasar Neumann Ensemble is the young Spanish conductor Pablo Heras-Casado. 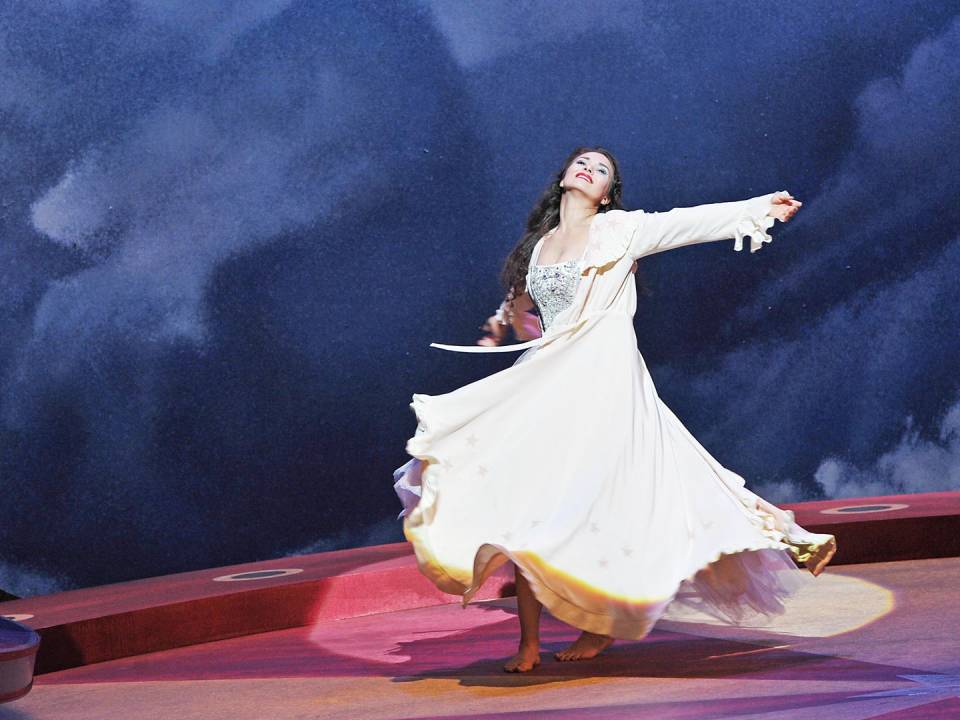 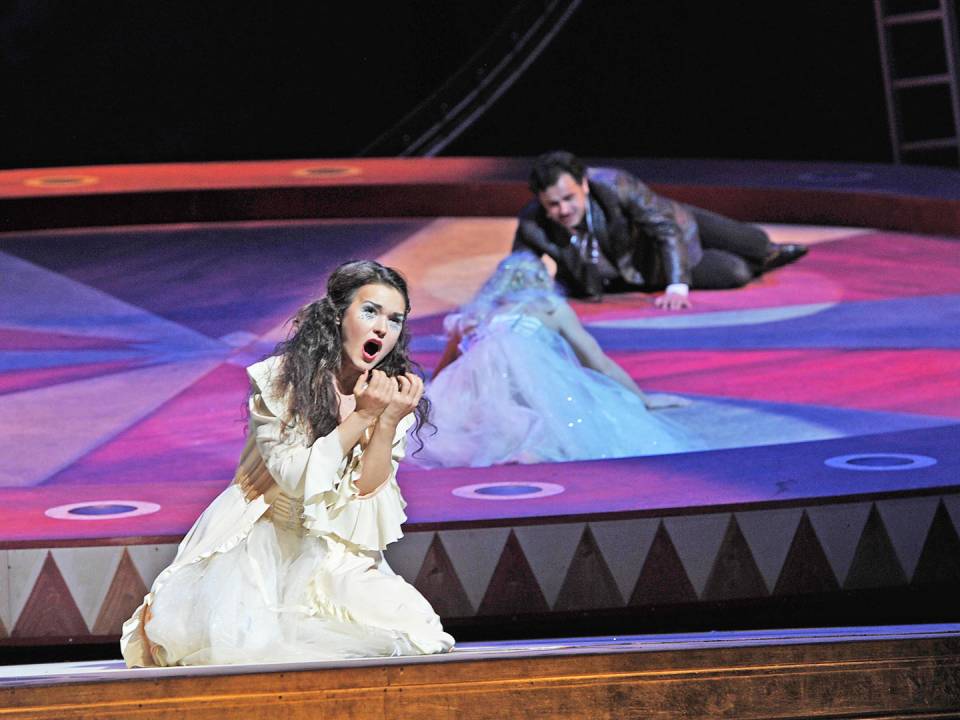 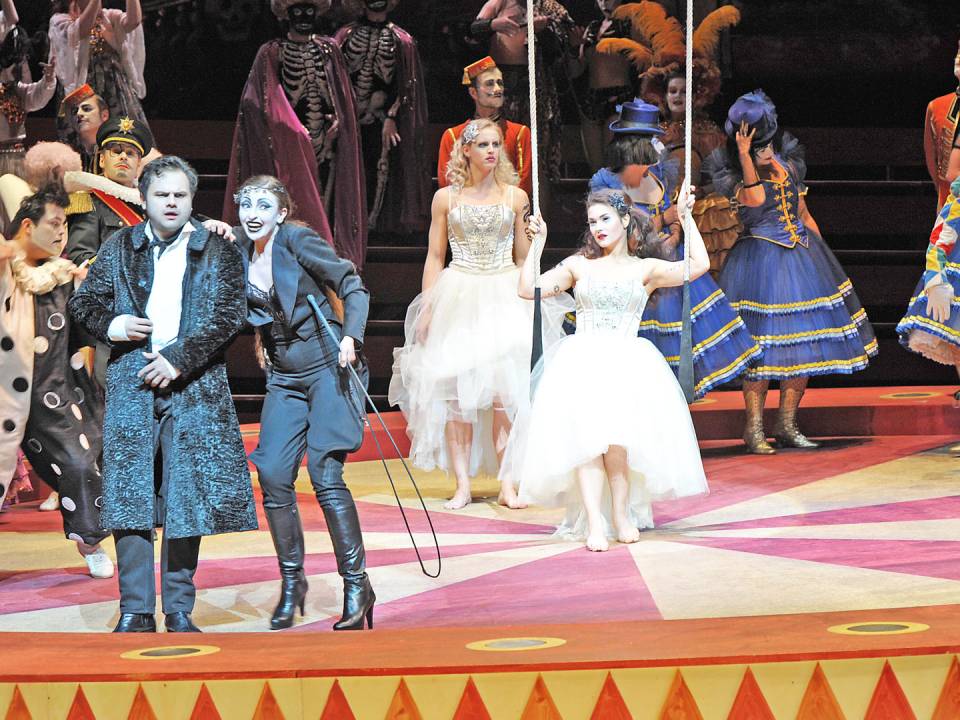 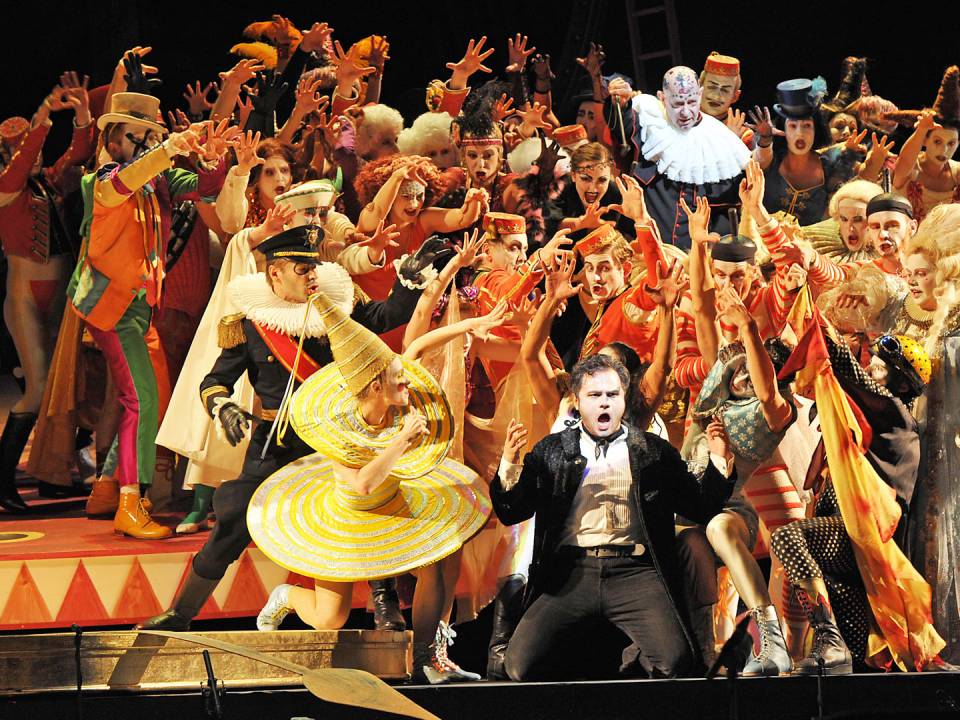 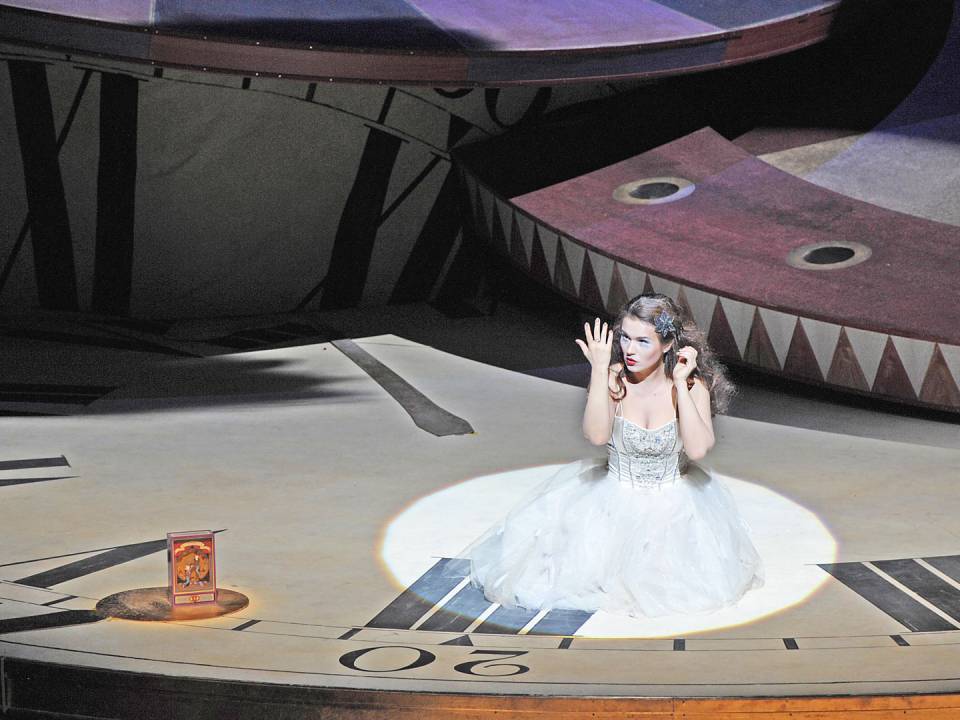 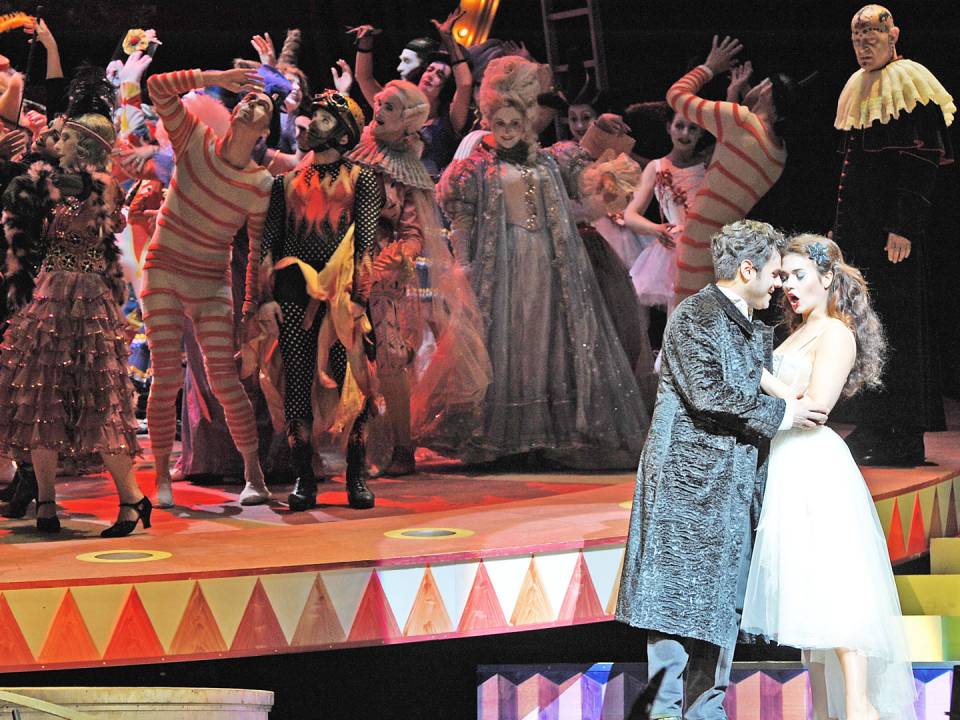 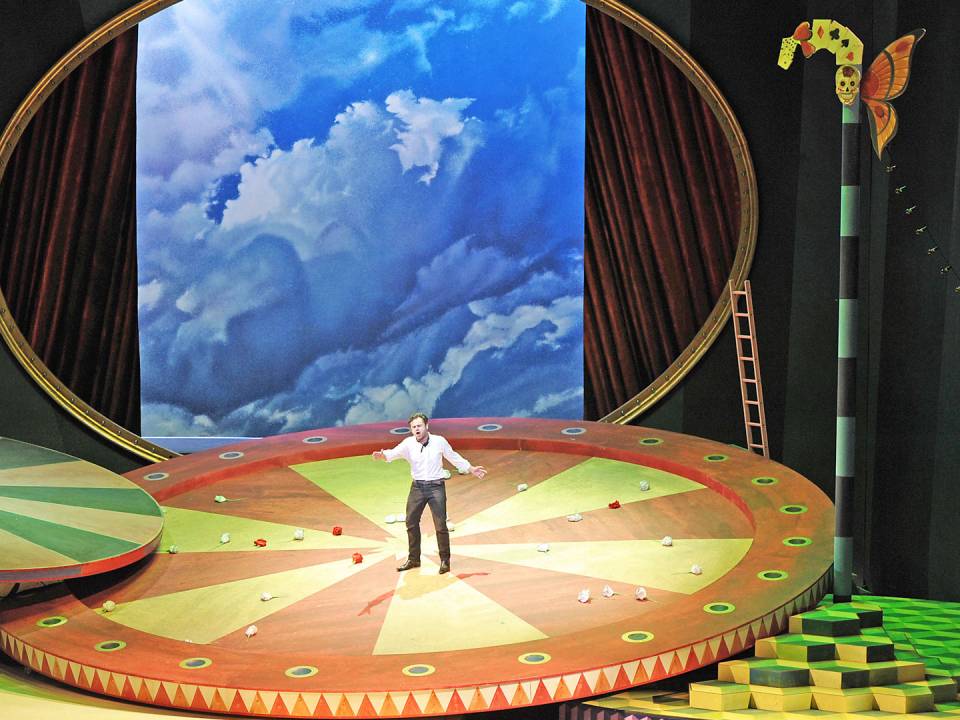 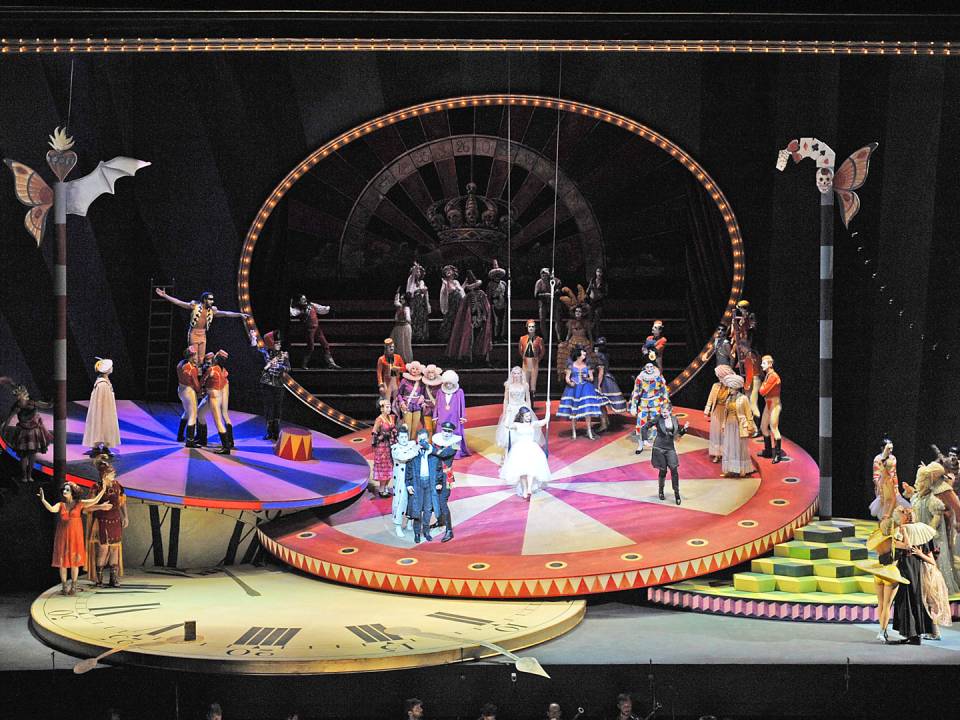