On the occasion of its 50th anniversary, the Salzburg Easter Festival presents a very particular staging of Richard Wagner’s opera “Die Walküre” under the baton of Artistic Director Christian Thielemann: a “Re-creation” of Herbert von Karajan’s musico-theatrical vision of the 19th century masterwork, with which the legendary Maestro opened the very first Easter Festival in 1967. The top-ranking ensemble of Wagner singers includes Anja Harteros, Peter Seiffert, Christa Mayer, Vitalij Kowaljow and Anja Kampe. They perform in the faithfully reconstructed scenery of the original production.
Christian Thielemann, who has been assistant of Karajan in his beginnings, counts among the world’s foremost Wagner conductors. His brilliant anniversary performance with the Staatskapelle Dresden – which has an equally outstanding relationship to Richard Wagner as their former ‘Kapellmeister’ – and with the experienced singers on stage appears as “a declaration of love to Wagner, Karajan, Salzburg, and to the international audiences” (Dresdner Neueste Nachrichten).
Directed by Vera Nemirova, the new staging of the Walküre with its majestic, timeless sets, created by visionary Günther Schneider-Siemssen, brings a part of theatrical history back to life but equally raises the question of how it may be reinterpreted for our time. This second opera of Wagner’s tetralogy “Der Ring des Nibelungen” deals with central topics of human existence and still has to tell us a lot about family, brotherhood, moral and honour – and about the difficult decision one has to make between money, power and love.
The critics are full of praise for this “musically ravishing Walküre” (Frankfurter Allgmeine) and its “excellent ensemble of soloists”. As Sieglinde, Anja Harteros is “enchanting and elegant”, Peter Seiffert “amazingly presents a steady and expressive Siegmund”, Christa Mayer “shows off as irresistible, throroughbred Fricka” and Anja Kampe is celebrated as “outstanding Brünnhilde” (Süddeutsche Zeitung). 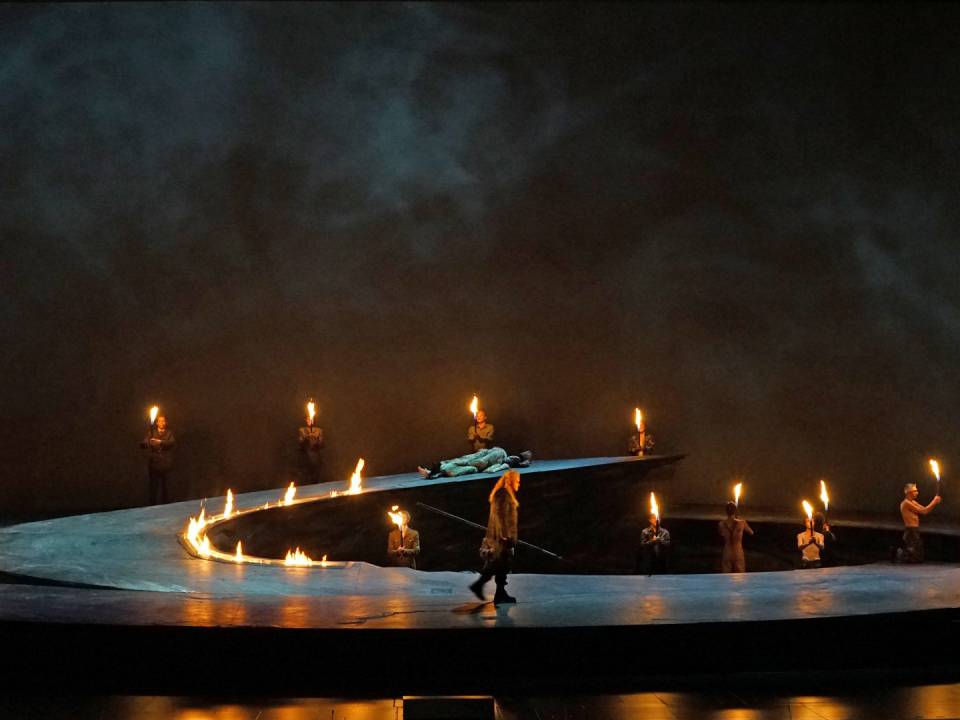 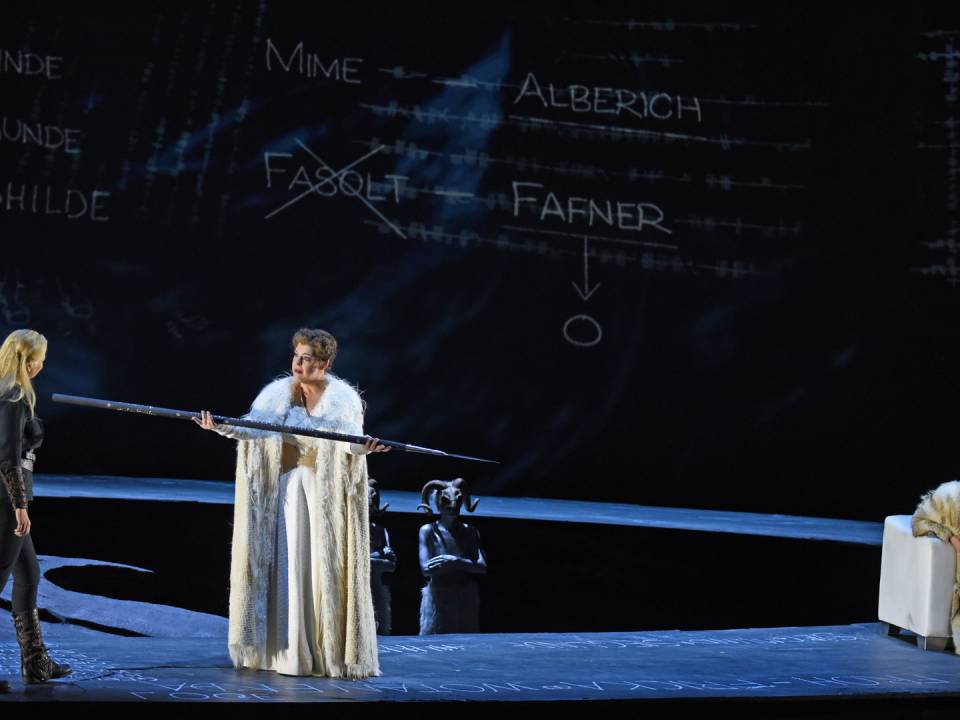 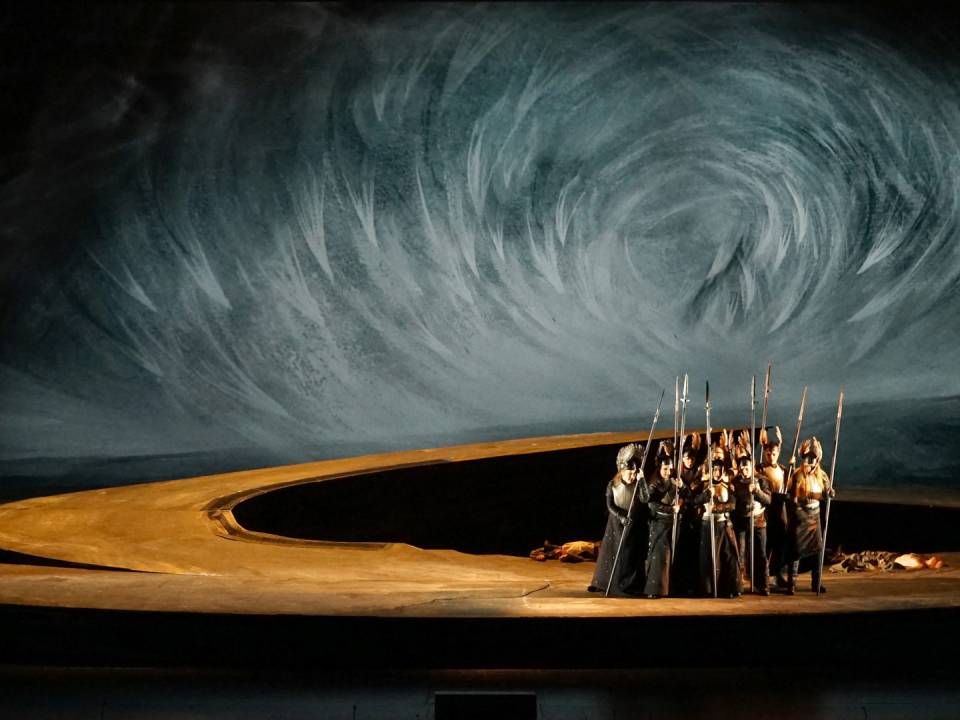 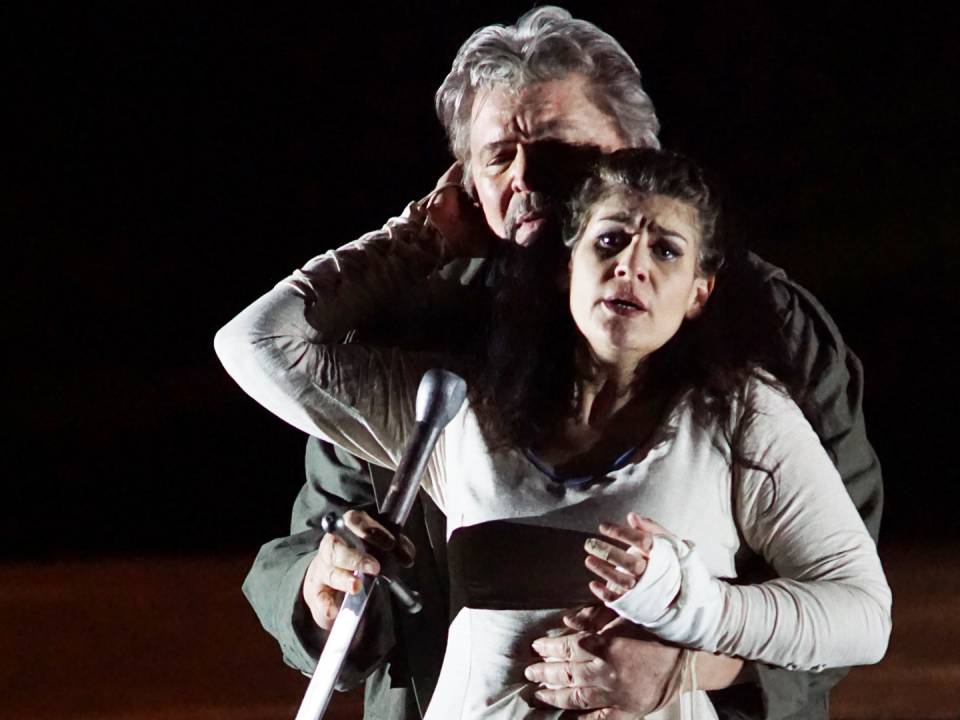 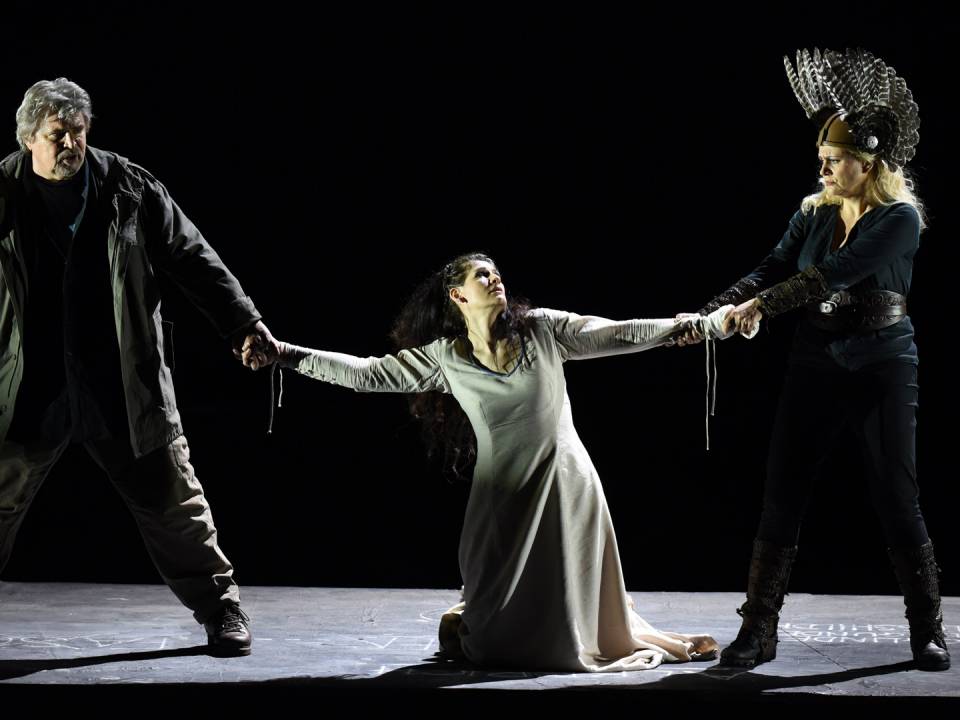 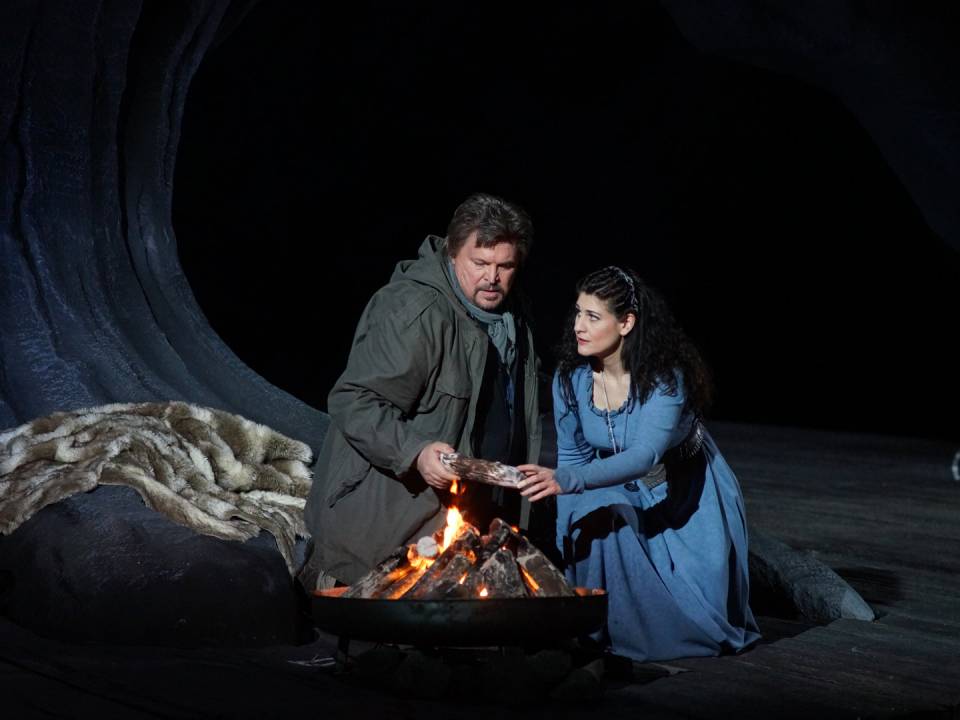 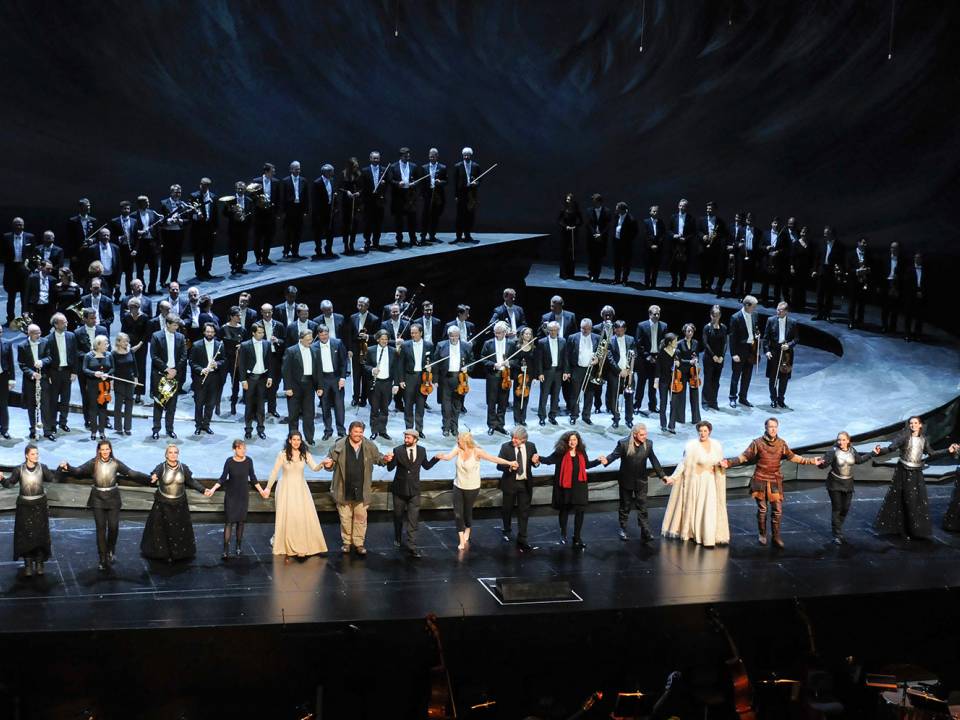 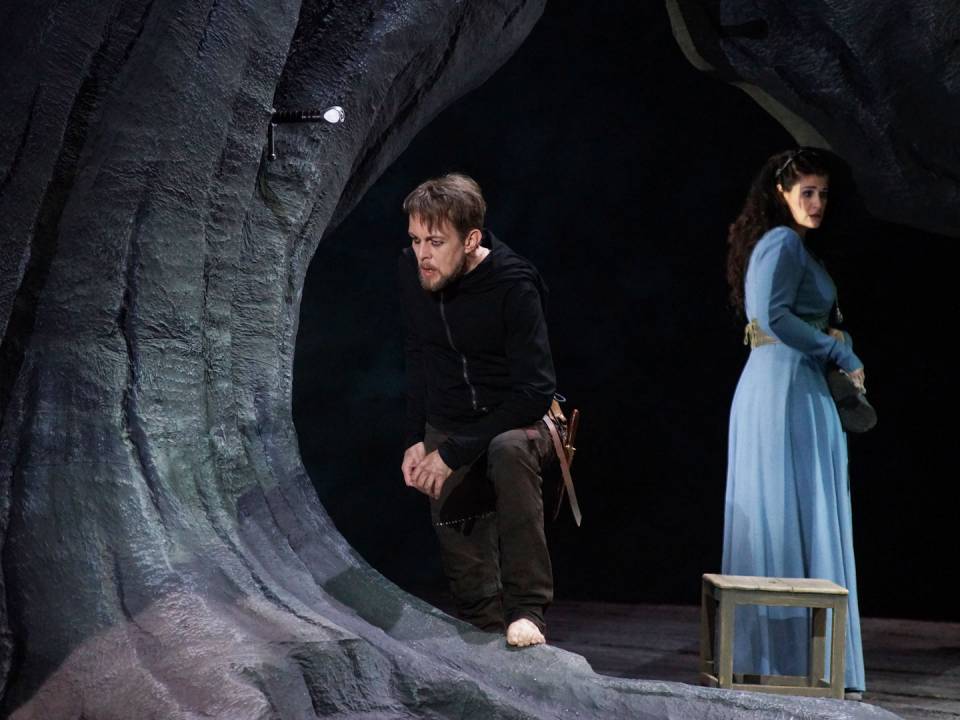 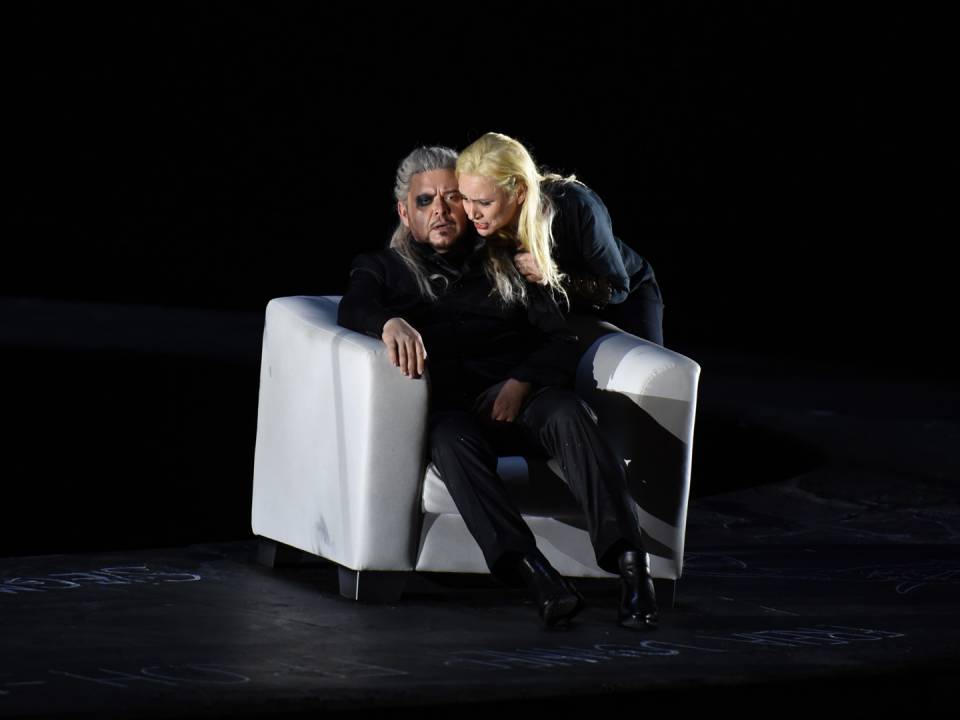 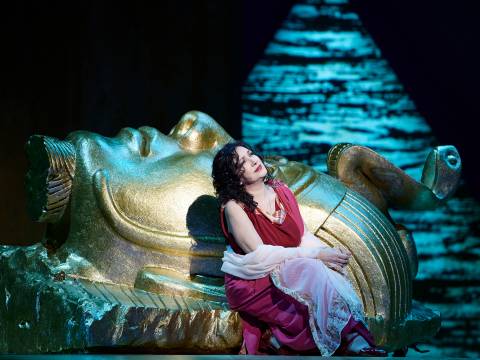