Rarely can an opera premiere have been more eagerly awaited than the premiere of Parsifal at the Salzburg Easter Festival in 2014. For the first time since the event was founded by Herbert von Karajan in 1967, the Festival has a new orchestra, the Staatskapelle Dresden, once hailed by Wagner as “his magic harp”. Its Principal Conductor Christian Thielemann is also the new Artistic Director of the Festival, an artist regarded as “perhaps the greatest Wagner conductor of our time” (Focus). Thirty years earlier, as musical assistant to his mentor Herbert von Karajan, he had rehearsed Parsifal for the Easter Festival; now the time was ripe, suitably coinciding with the bicentenary of Richard Wagner’s birth, for him to offer his own interpretation.

And rarely indeed can an opera performance have been so universally praised for its music by press and public alike: “truly perfect sound” (Kurier), “Great riches are to be heard from the orchestra. Magical string sounds” and “The conductor achieves the transition to the worldly sphere as magically as the return to the chromatically enhanced harmony that gives this score a flavour of the avant-garde.” (Süddeutsche Zeitung), “Right up to the concealed horn trill, everything is audible. All the refinements, all the layers, even in the transformation scenes, which have such a desperately glorious ring to them.” (Münchner Merkur). “Dresden’s Staatskapelle gives a near-perfect rendition of Wagner’s score” and “it is beautiful, and as close to perfection as humans can get.” (Financial Times), while the Spanish El Pais goes so far as to compare Thielemann’s Parsifal with Karajan’s and declares “The musical performance was superb”.

Equal praise for the rest of the ensemble: “The singers, never lost, are affectionately accompanied and could not be better.” (Der Tagesspiegel). “Phenomenal sound from the united choirs of the Dresden and Munich State Opera” (Kleine Zeitung), which were also particularly well shown off by the stage setting. The impressive staging, making full use of the Great Festival Hall, was created by Berlin sculptor and painter Alexander Polzin. The production is a co-production with the Semperoper Dresden, the Beijing Music Festival and the Teatro Real in Madrid. 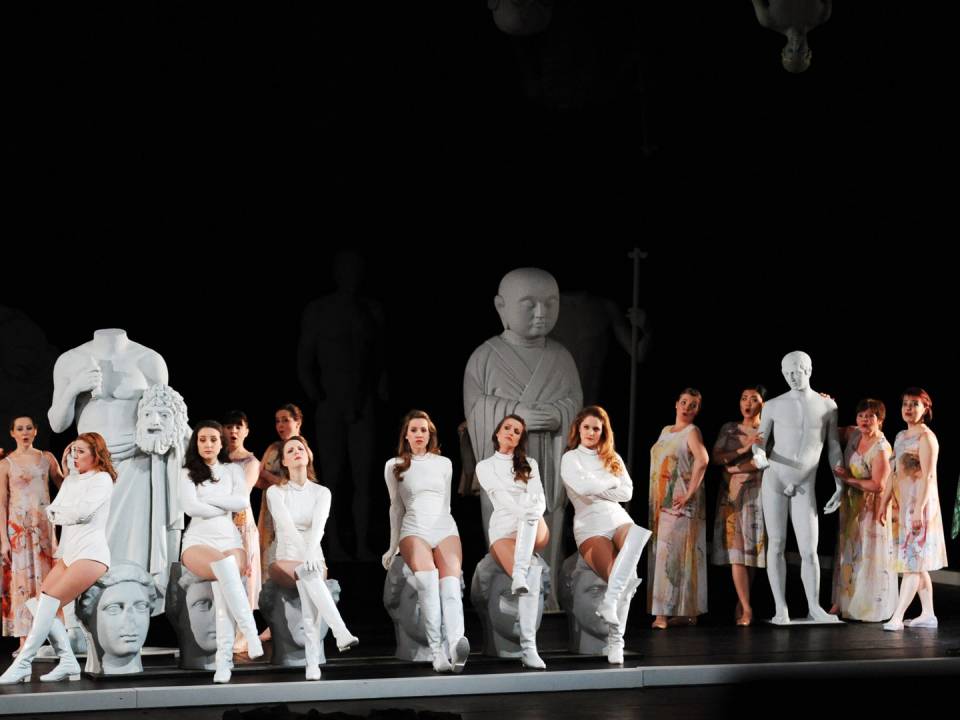 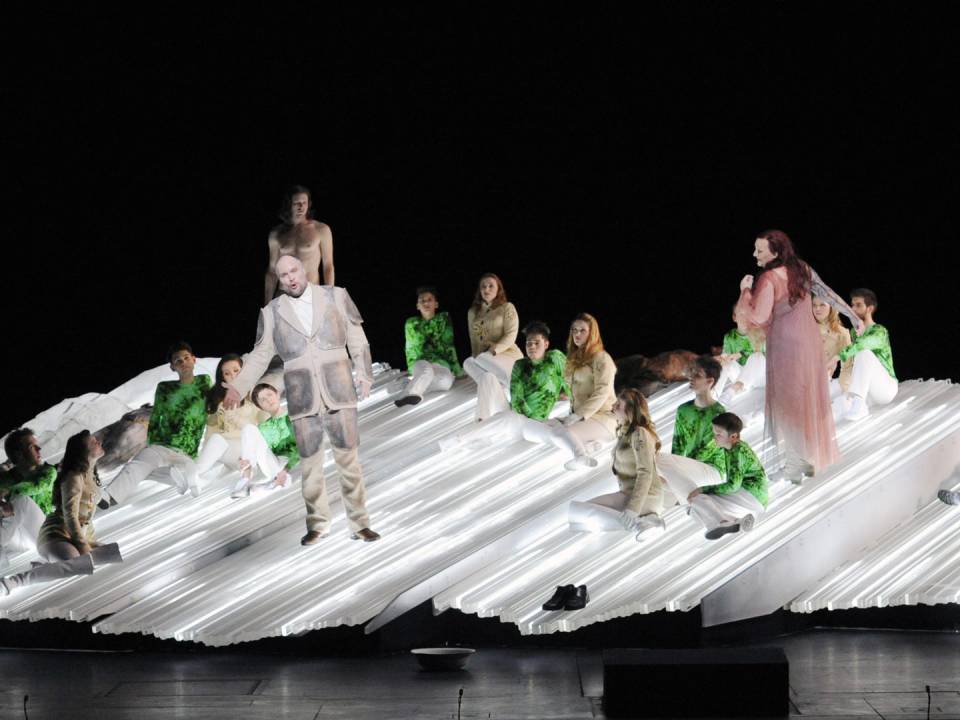 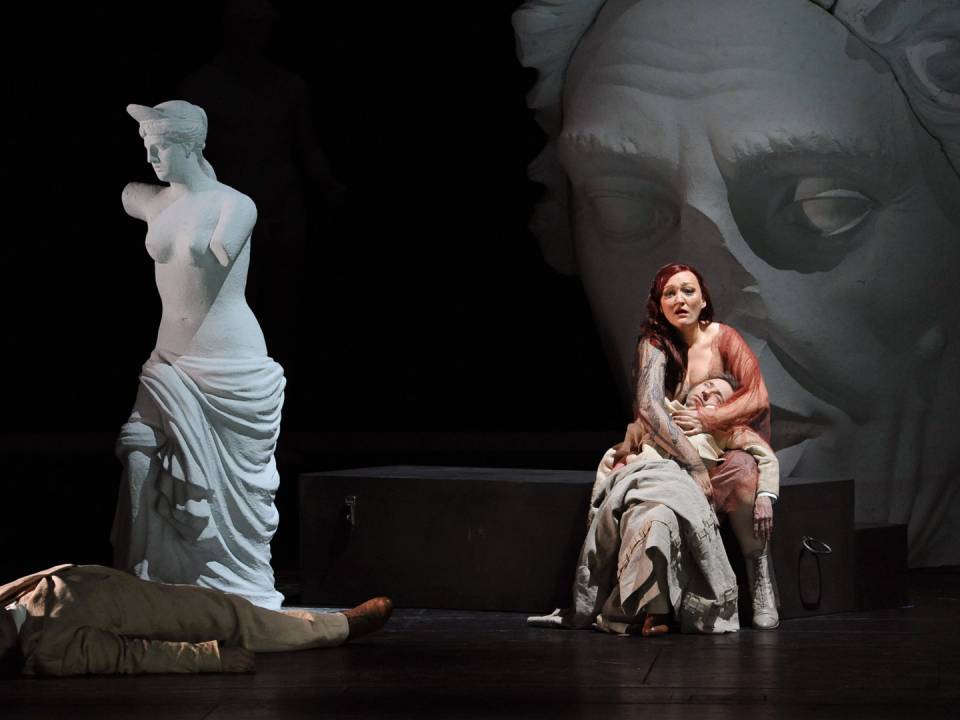 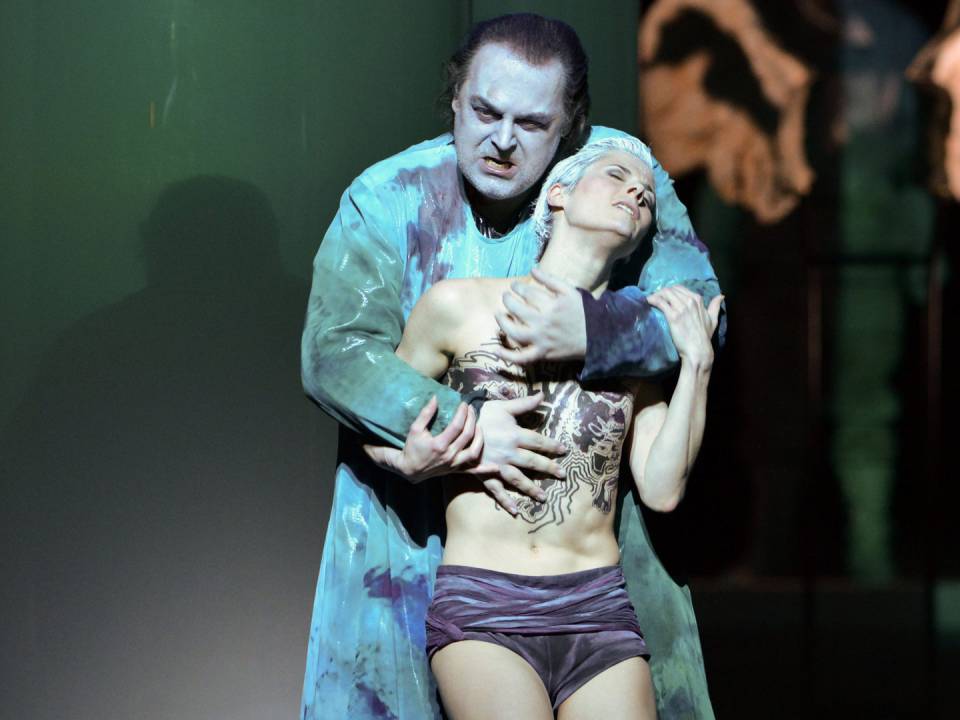 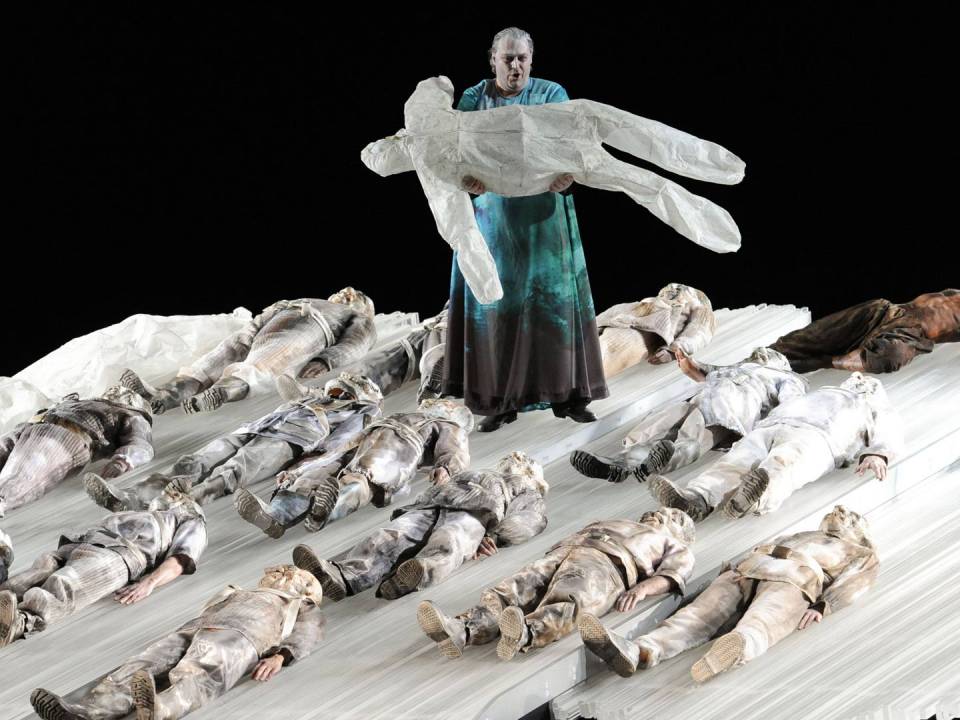 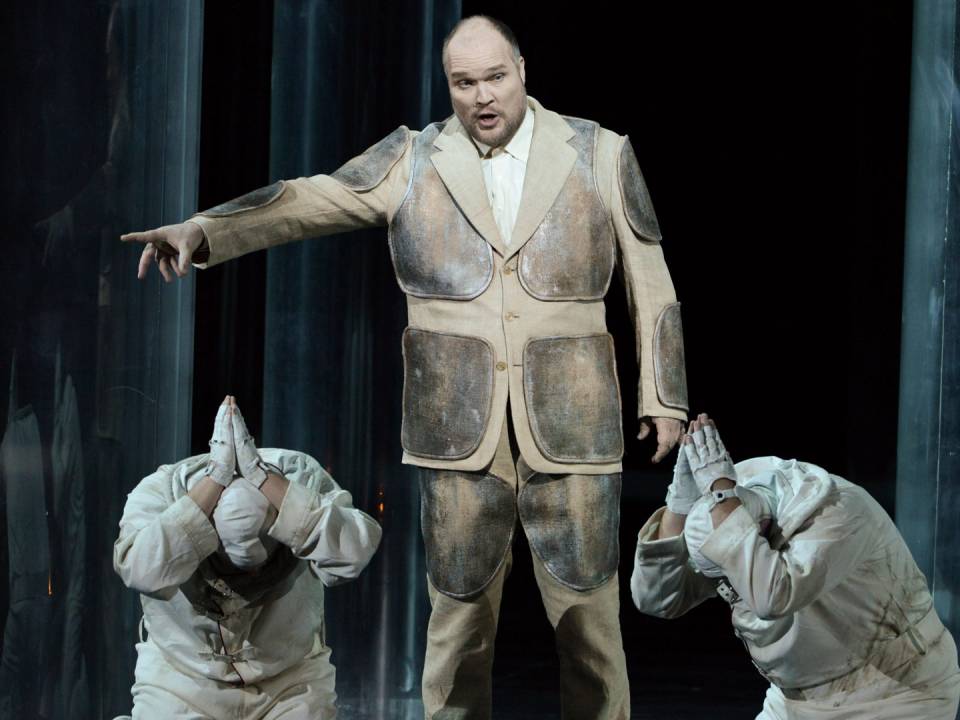 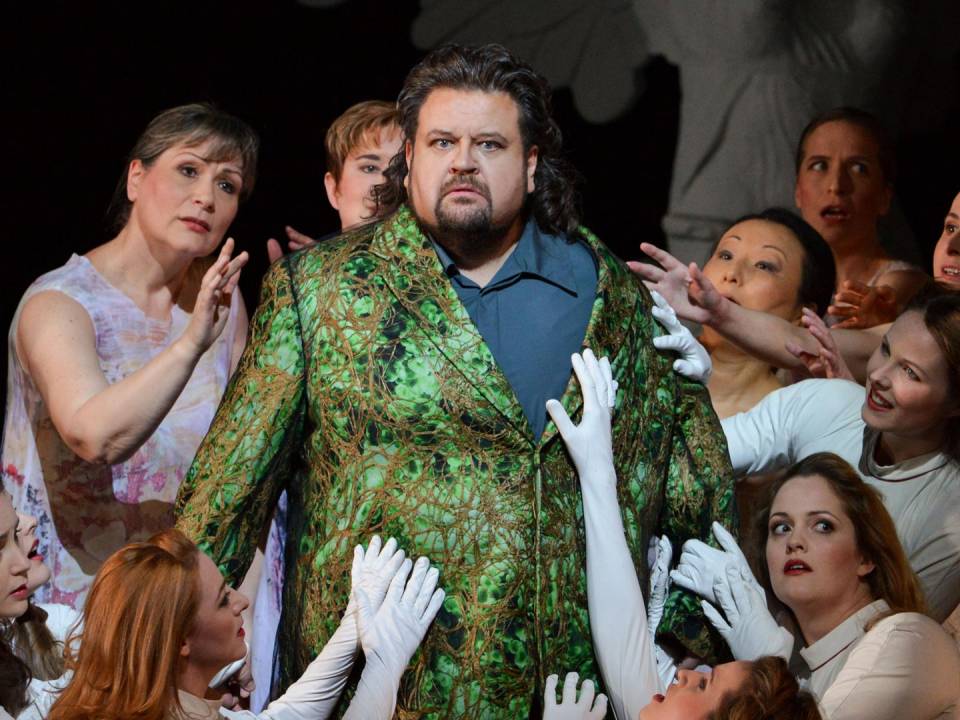 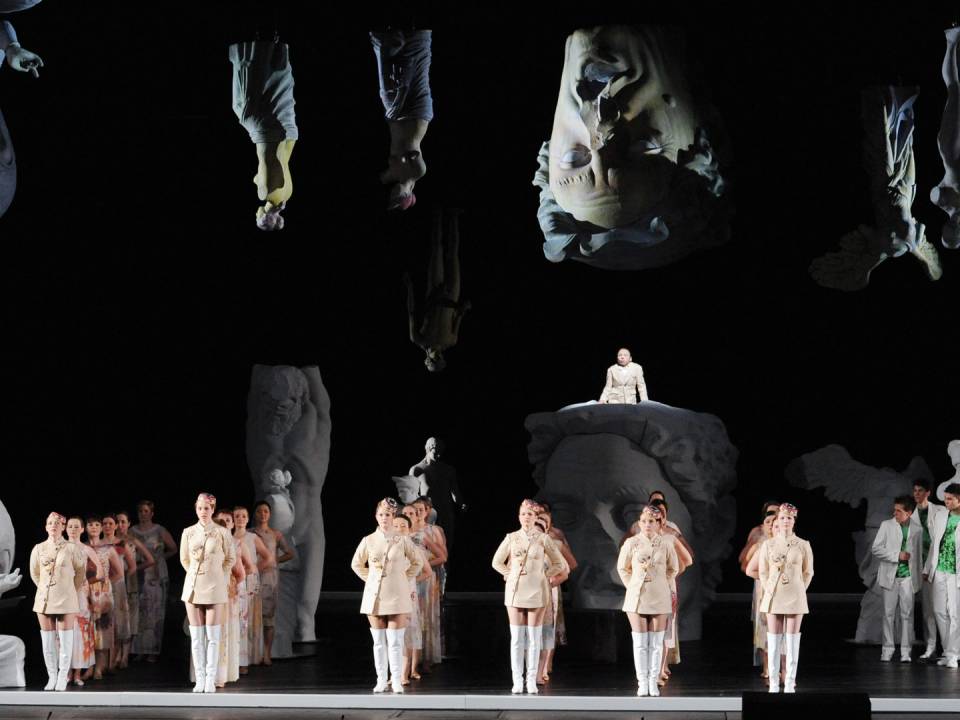 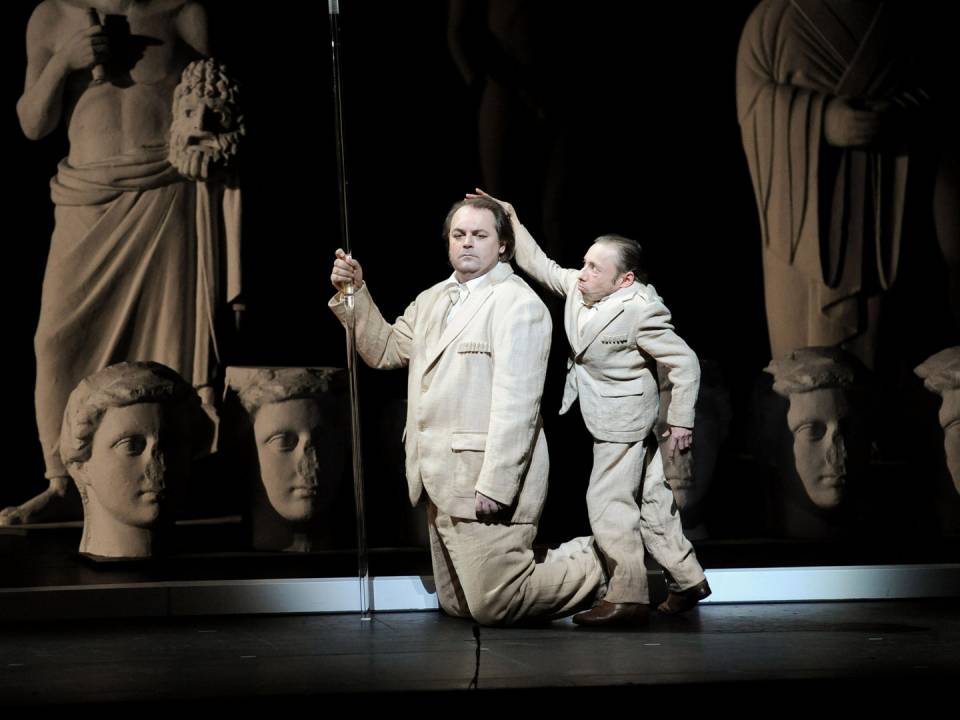