Vienna, October 19, 1913. The cornerstone of the Konzerthaus in Vienna is laid, and everyone who is anyone in Vienna is present at the opening concert, including the sovereign protector of this major project, the aged Kaiser Franz Joseph I. And they are there despite the fact that the Konzerthaus is explicitly intended as a counterpole to the grandiose Musikverein, as a hall for all social classes.
The opening program features a mix, typical of the Konzerthaus, of classical and new music, namely Beethoven’s Ninth preceded by the Festive Prelude that Richard Strauss wrote specifically for the occasion. That this work was later appropriated by the Nazis is another matter.
Built in only two years, the building was originally planned to be much larger, an “Olympion” that, in addition to concert halls, would also house a bicycle hall and an ice skating rink, located next to an open air arena designed to host events for up to 40,000 people. But even in the “pure” Konzerthaus, 4000 people are able to pass in and out unimpeded to visit this “meeting place of artistic aspirations,” this “house of music” and “house for Vienna.”
© Ulla Pilz, ORF - Radio Österreich 1 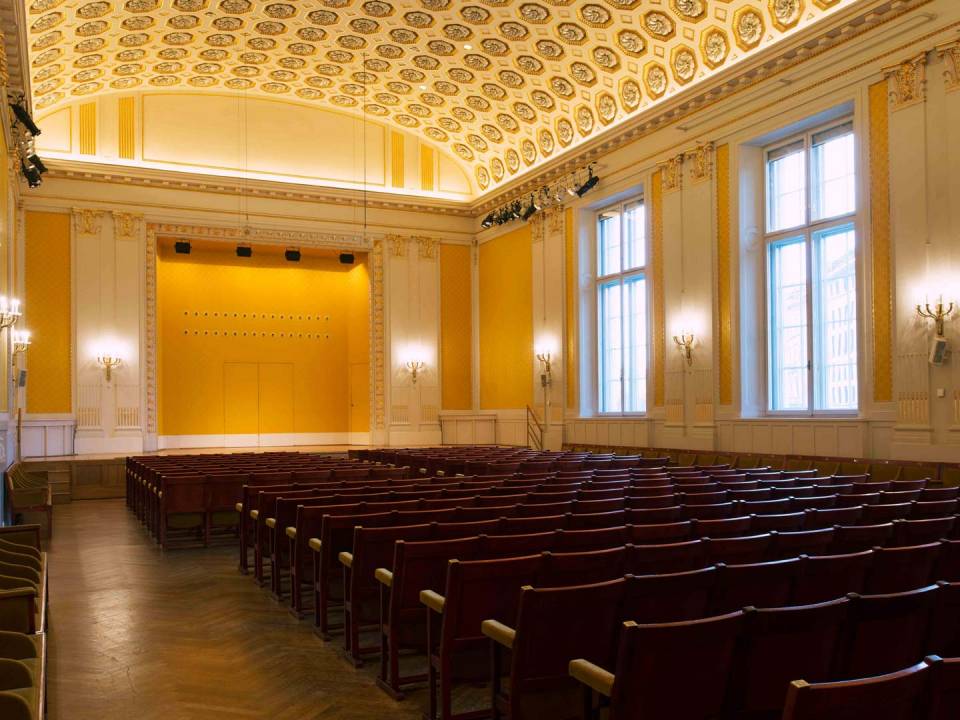