fidelio
Get your free trial
fidelio

Your digital home for classical music

On fidelio, you can stream savour works from different epochs, recordings from seven decades, legends and stars of today as well as live broadcasts from the most prestigious festivals, greatest opera houses and concert halls.

Get your free trial

Once again John Wilson and his orchestra, “combining swing authenticity with the poise of a deluxe concert Orchestra” (The Times), return to the Royal Albert Hall with a performance counted among “the star attractions” (Financial Times) of this year’s Proms. Their concert, accompanied by three of the “greatest West-End musical theatre stars” Louise Dearman, Matthew Ford and Julian Ovenden (also known from Downtown Abbey), pays tribute to George and Ira Gershwin, one of America’s most celebrated song-writing duos. Although the music celebrated in this concert is well known and loved worldwide, John Wilson could only find 6 out of 18 original scores. The others were thrown away by the film studios at the time, believing they had no further value. John Wilson with this incredible concert proves, that they could not have been more wrong: Having spent two decades reviving the music from Hollywood’s Golden age, John Wilson recreated the lost scores by listing to the movie soundtracks and transcribing them one note at a time. “Nothing has been so complex and as rewarding to unravel as George Gershwin’s music” John Wilson stated, but it certainly has been worth the effort: “A top-class tribute to the Gershwins” (Radio Times) and a first time live performance for a dozen pieces, since their original recording. Divided between film score theme tunes, dance numbers, and songs from musicals such as the favourites “Embraceable You”, “Love Walked In”, “Fascinatin’ Rhythm” and the ballet music from the 1951 film An American in Paris, “this glorious concert” (The Times) just “dazzled on every level.” (The Telegraph) Program: George and Ira Gershwin Overture from Rhapsody in Blue “Fascinating Rhythm”, “But Not for Me” & “Treat Me Rough” from Girl Crazy Ballet & “I’ll Build a Stairway to Paradise” & “’S Wonderful” from An American in Paris “The Babbitt and the Bromide” from Ziegfeld Follies Final ballet from Shall We Dance “Strike Up the Band” from Strike Up the Band “Funny Face” from Funny Face “Love Walked In” from The Goldwyn Follies “Let’s Kiss and Make Up” from Funny Face Ballet from An American in Paris “Applause, Applause” from Give a Girl a Break” Burton Lane & Ira Gershwin “In Our United State” from Give a Girl a Break” Harry Warren & Ira Gershwin “You’d Be Hard to Replace”” & ”The Swing-Trot” from The Barkleys of Broadway Jerome Kern & Ira Gershwin “Long Ago and Far Away” from Cover Girl” Harold Arlen & Ira Gershwin “The Man That Got Away” & “It’s a new World” from A Star Is Born
Get your free trial

"A must-have for lovers of the Vienna Philharmonic and the Golden Hall. It's so easy to stream classical music online on fidelio." 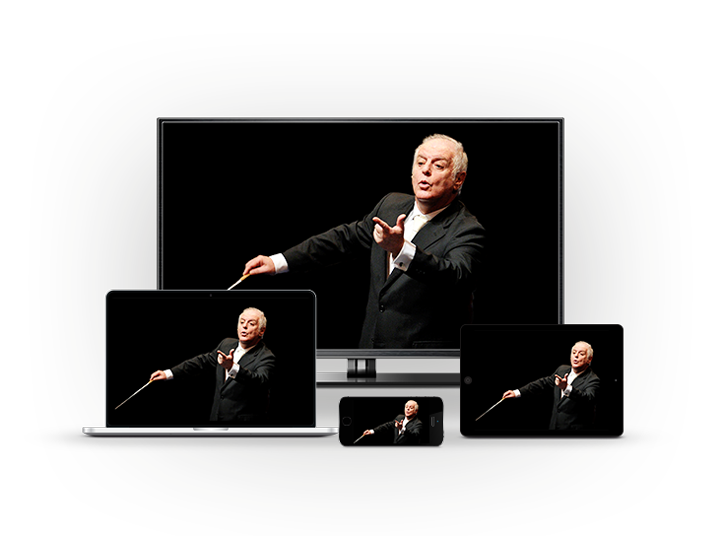 "A must-have for lovers of the Vienna Philharmonic and the Golden Hall. It's so easy to stream classical music online on fidelio."

Get your free trial