Primadonna assoluta and shining star of the international opera world, Anna Netrebko has been given a sumptuous vehicle to showcase her „incomparable, velvety, mesmerizingly chocolate-dark timbre“ (Frankfurter Allgemeine Zeitung): as the tragic heroine of Jules Massenet‘s „Manon.“ Premiered in 1884, the work is, next to „Werther,“ the most popular opera by this prolific composer, who reigned over France‘s musical theater in the last quarter of the 19th century.
Based on an 18th-century novel, „Manon“ tells the story of a young woman who falls in love with an impoverished young nobleman, Des Grieux, while on her way to enter a convent. She chooses earthly over divine love and, from one misfortune to another, is ultimately arrested as a prostitute and condemned to deportation to the New World. But before, she dies in the arms of her lover. Massenet‘s scintillating score provides a richly nuanced backdrop to the tragedy and hovers between arias and spoken dialogues, between melodrama and récitatif accompagné – always highly emotional, yet never saccharine.
Anna Netrebko pulls out all the stops as the impulsive, hybrid femme fatale and child woman, who yields to her immoderate cravings for sensual pleasure. As her shining knight, Roberto Alagna is a Des Grieux who wins all hearts with his vibrant timbre and stage presence. Director Andrei Serban has transposed the action to the 1930s, a time of growing social and political unease that is sharply evoked by the Peter Pabst‘s sets. Film projections, mirror effects, billboards and naturalistic props heighten the flickering nervousness of the score.
Conductor Bertrand de Billy extracts every gram of tragedy, every flash of emotion, every change of mood and atmosphere in Massenet‘s music. With the transparent and crisply defined playing of his orchestra, he clearly rejects the often cushiony, impressionistic orchestral style often favored for Massenet‘s music. Thanks to this recording, the production – „one of the Vienna State Opera‘s most glamorous of the current season“ – will continue to thrill music lovers long after it has left Vienna‘s stage. 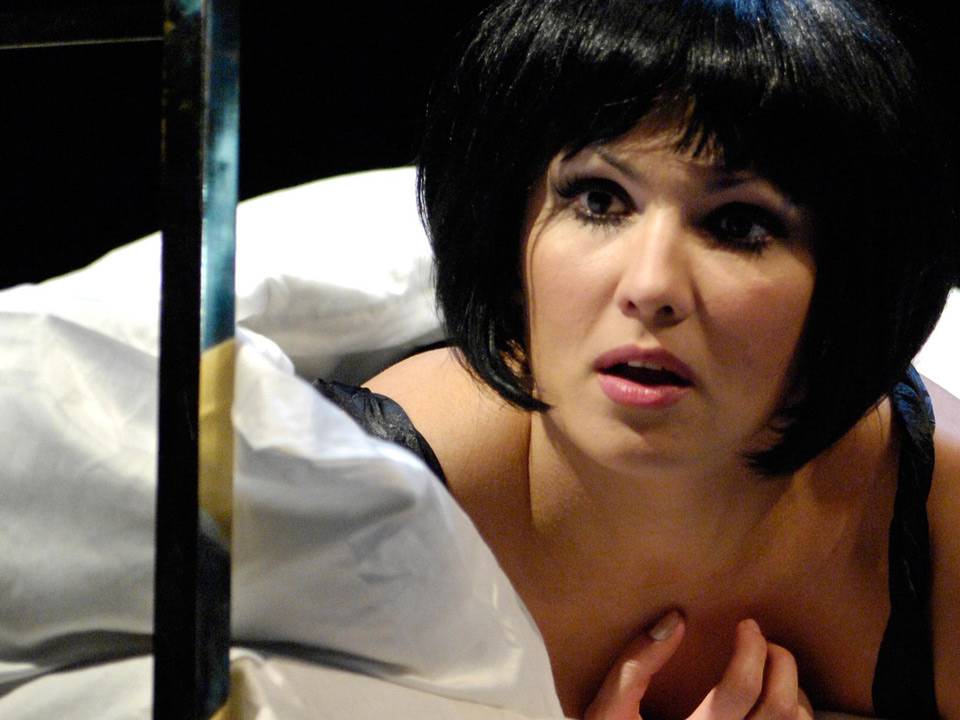 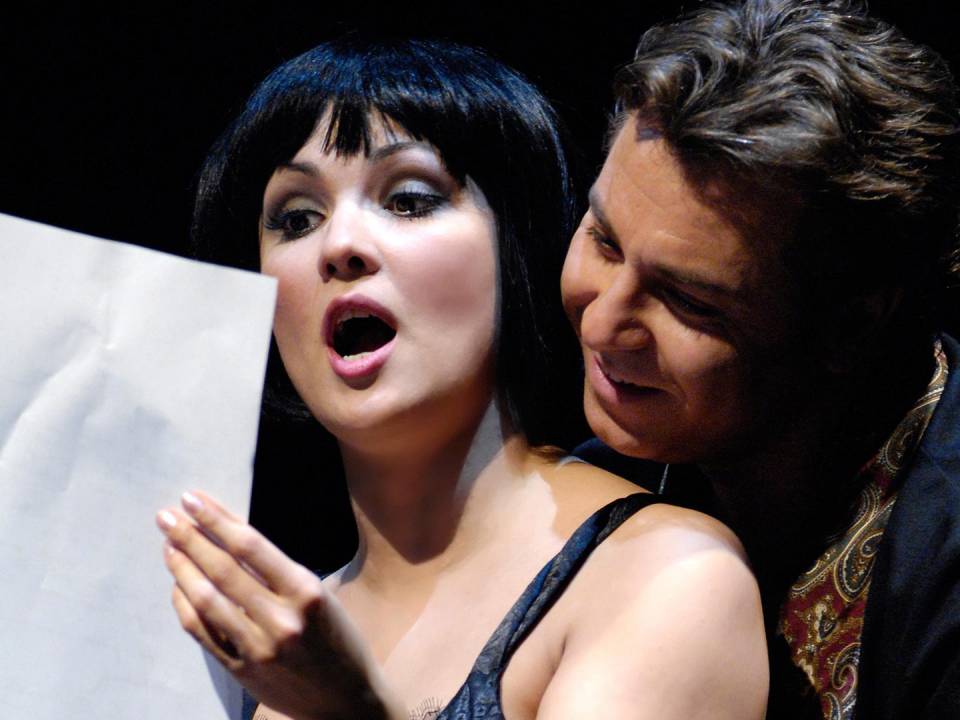 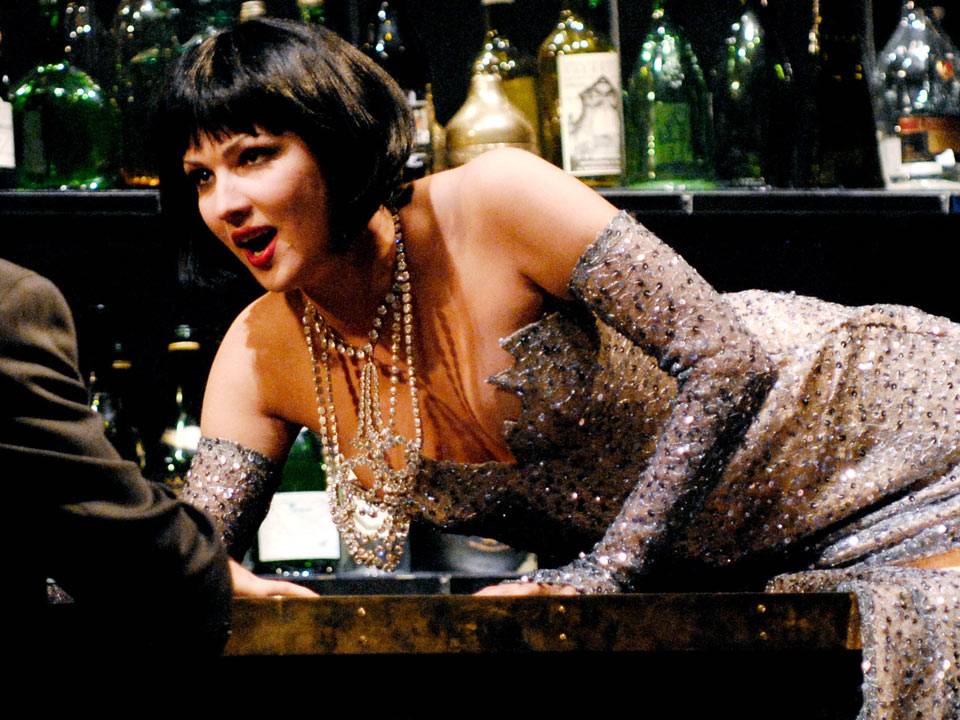 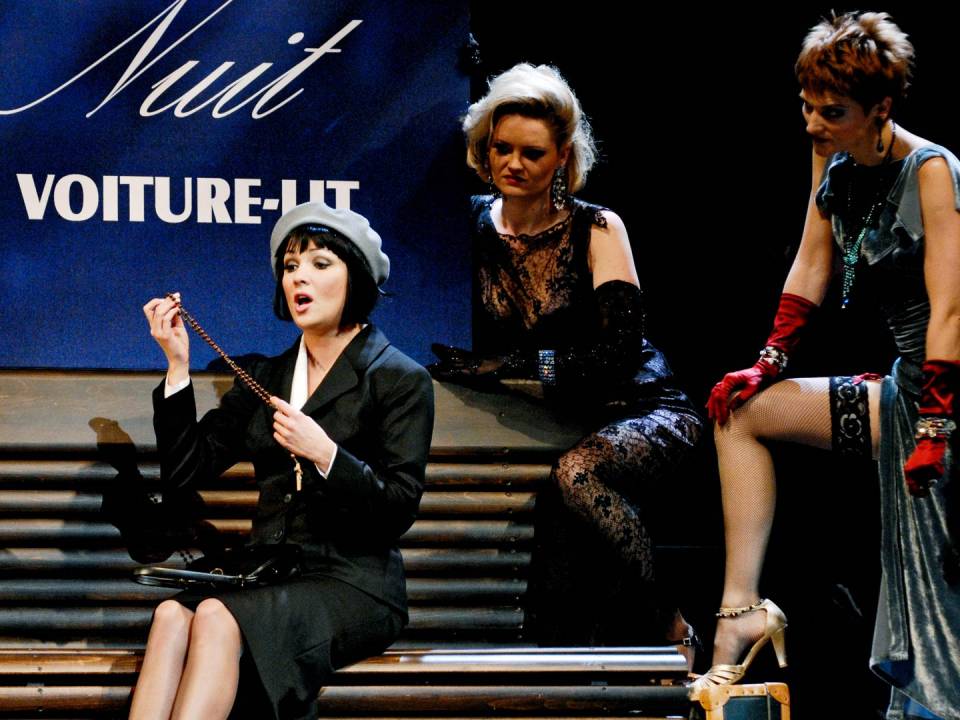 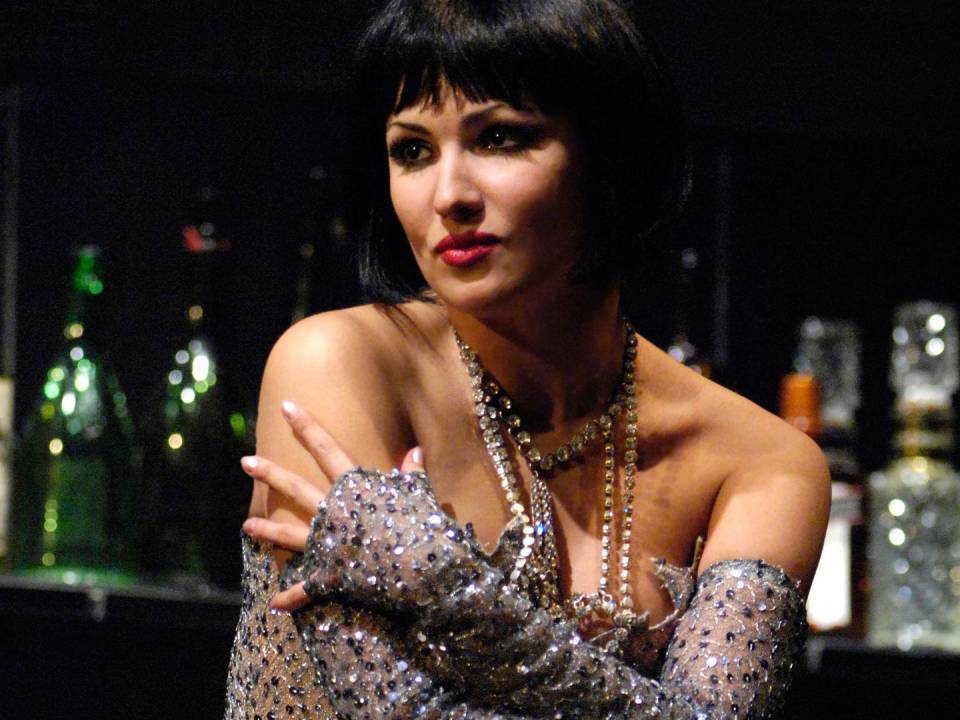 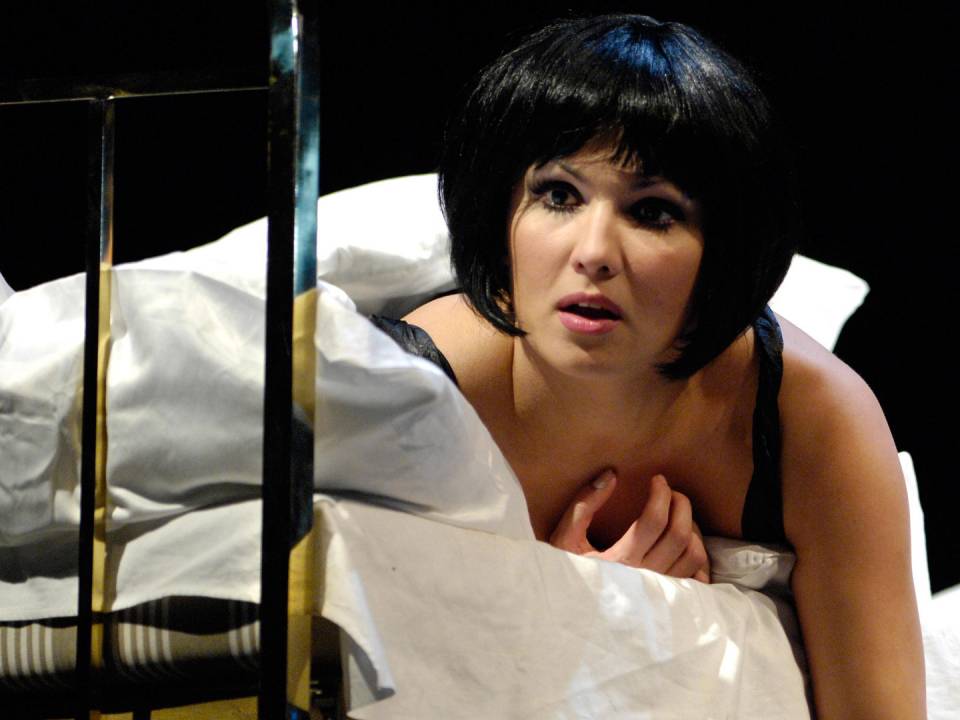 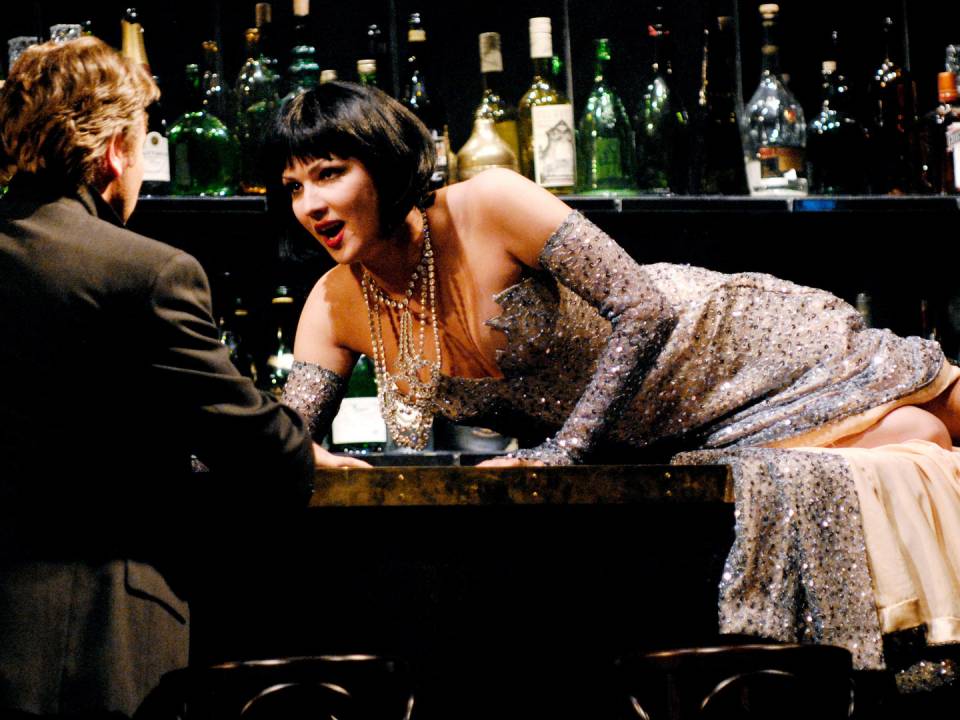 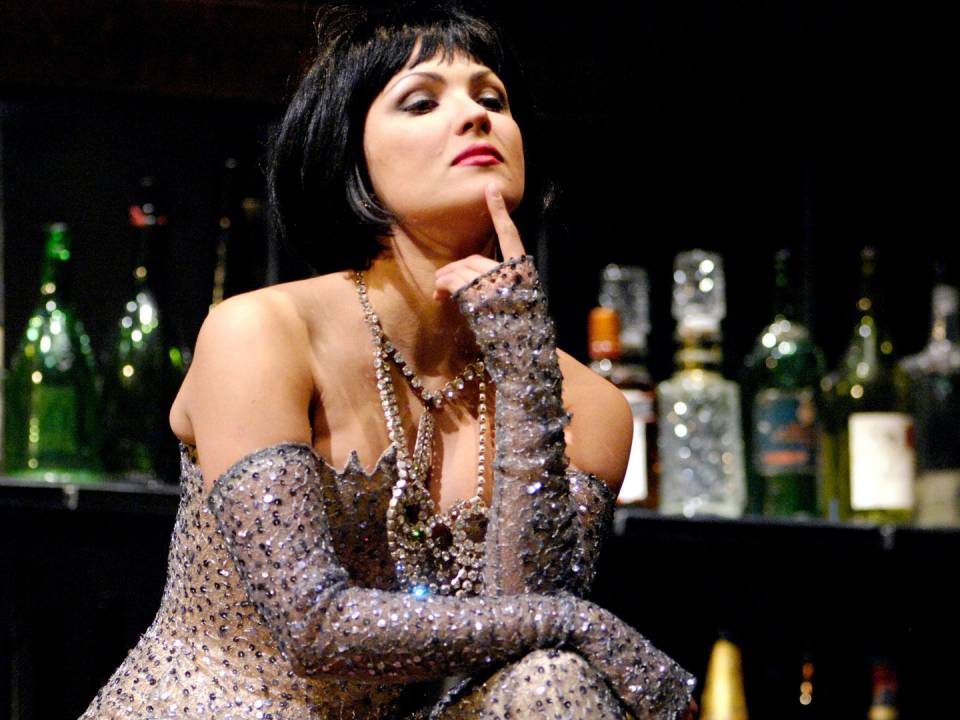 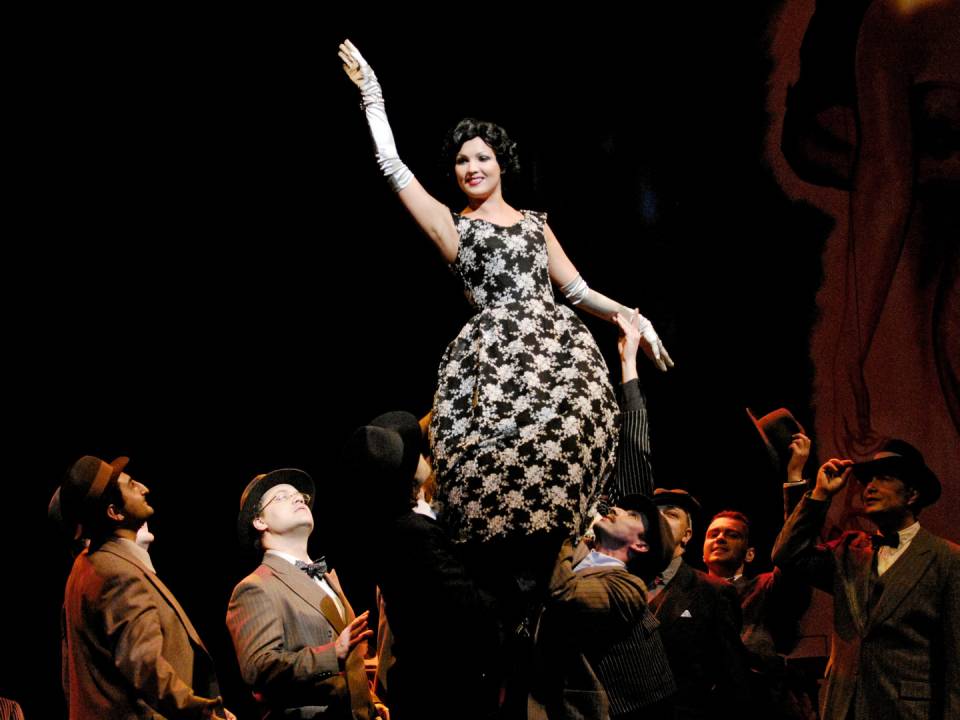 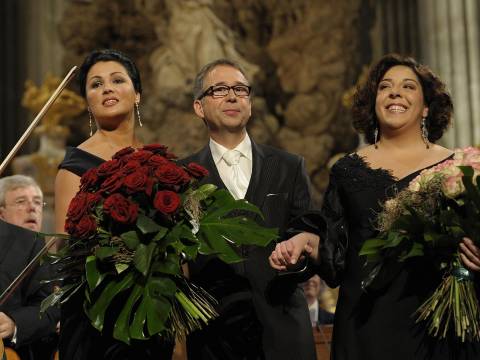