Two couples who find themselves in different constellations, driven by a wager of alleged as well as actual infidelity, are at the center of Mozart's "Così fan tutte" ("That's the way everyone does it"), with the pithy subtitle "La scuola degli amanti" ("The school of lovers"). The witty text by librettist Lorenzo Da Ponte inspired the accomplished opera composer Mozart to write music that was equally deep in thought.

After "Le nozze di Figaro" and "Don Giovanni," Mozart and Da Ponte collaborated for the third time in 1789/90 with "Così fan tutte." For the first time, the Viennese court poet created a subject of his own invention. It offered Mozart numerous points of departure for the original arrangement of arias, duets, tercets and other ensemble movements, right up to the two grand finales. In this finely structured chamber play, his already astonishing musical art of characterization shows itself at a new height, with a multitude of the most diverse moments of expression. Morality and lack of morality are thematized, not only in philosophical discourse, but primarily in the actions of lifelike characters who operate on the fine line between truth and deception. With this production of Mozart's last comic opera in Italian, the young French director Vincent Huguet and Daniel Barenboim kick off a new Da Ponte cycle at the Staatsoper Unter den Linden. 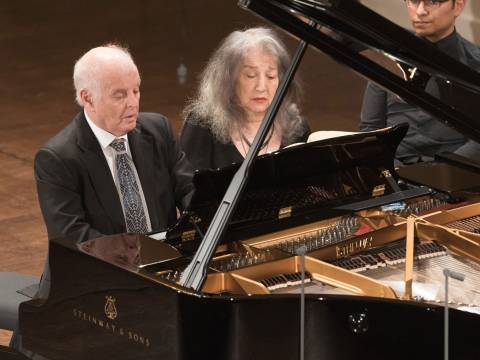