On December 8, 2019, Olga Neuwirth's opera Orlando - based on Virginia Woolf's novel of the same name - will receive its world premiere at the Haus am Ring. The work was commissioned by State Opera Director Dominique Meyer for the Vienna State Opera in 2014. The libretto is by Franco-American author and playwright Catherine Filloux and composer Olga Neuwirth herself.

Orlando is Virginia Woolf's first major literary success and has become one of the most prominent classics of English modernism. It addresses the intertwining of gender identity, love and artistic creativity and poetically refracts social and personal reality in a sophisticated way.

In Olga Neuwirth's "Opera in 19 Pictures", however, the journey through time and gender does not end in 1928, as in the original, but continues into the year 2019. Olga Neuwirth's music theater opens a door into the realm of the simultaneity of what is experienced, read, heard, known and felt. Into the realm of fiction, then, built from memories. "From childhood I was simply interested in everything, art, politics, science, architecture, the psychology of people. I am equally inspired by the wonderful diversity of life, the small and big things in the world. ORLANDO reflects this: for the essence of this fictional biography is a love of the strange, the paradoxical, the grotesque, artifice and exaggeration to create a new morphology of a narrative constantly in motion. It is also repeatedly about a cultivated, highly refined form of sexual attraction and against being forced into the running of a single gender. And about not allowing oneself to be patronized and condescended to, which happens and will happen to women again and again," says Olga Neuwirth. 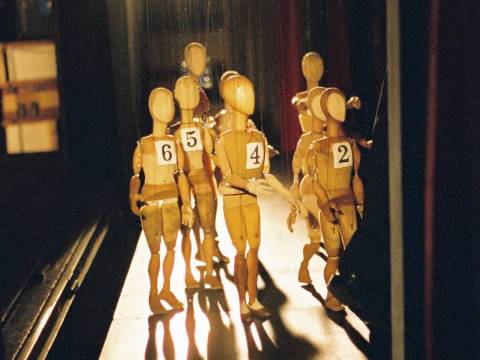