Once a year during "Fasching", the Vienna Musikverein is transformed from a venerated concert auditorium into an elegant dance hall and provides a stunning backdrop for the Vienna Philharmonic Ball, an event which has been a highlight of this festive season in Vienna for several decades. The Musikverein in Vienna is not only the orchestra's artistic home, but serves as a magnificent venue for hosting the orchestra's annual ball as well. The Golden Hall and the entire building are decorated with countless floral arrangements to provide a festive atmosphere for the proceedings, and the seats on the main level are removed to form a large dance floor. Every year, the President of Austria is the honorary patron, and members of the Austrian government as well as the governors and mayors of Vienna and Salzburg belong to the honorary committee.

Richard Strauss composed a festive fanfare for the first ball in 1924, and this work has been performed at every ball since that time. When the brass players of the Philharmonic begin the fanfare from the balcony overlooking the hall, the entrance of the guests of honor begins.
At the head of this long procession is the evening's Honorary Conductor. In contrast to its concerts, the Philharmonic sits in the middle of the dance floor on this occasion, in order to make room on the stage for the guests of honor, which include numerous luminaries from the world of art, politics, and society, as well as supporters of the orchestra who comprise the membership of the ball's Patronage and Honorary Committee. Once all prominent guests are seated, the Honorary Conductor leads the Philharmonic in a performance of a popular composition from the orchestra's repertoire. 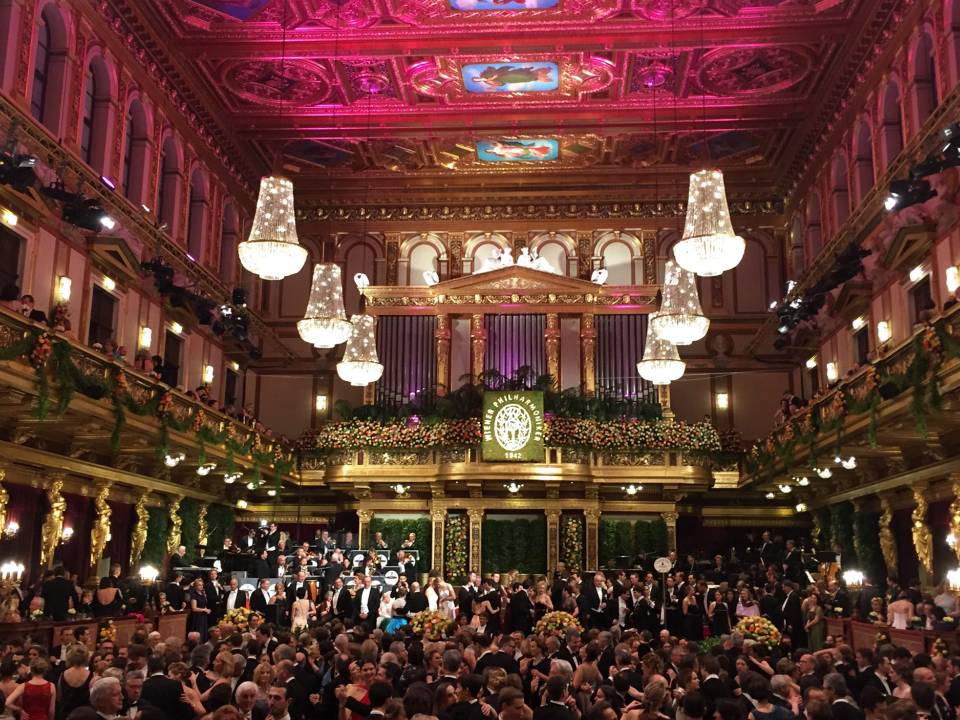 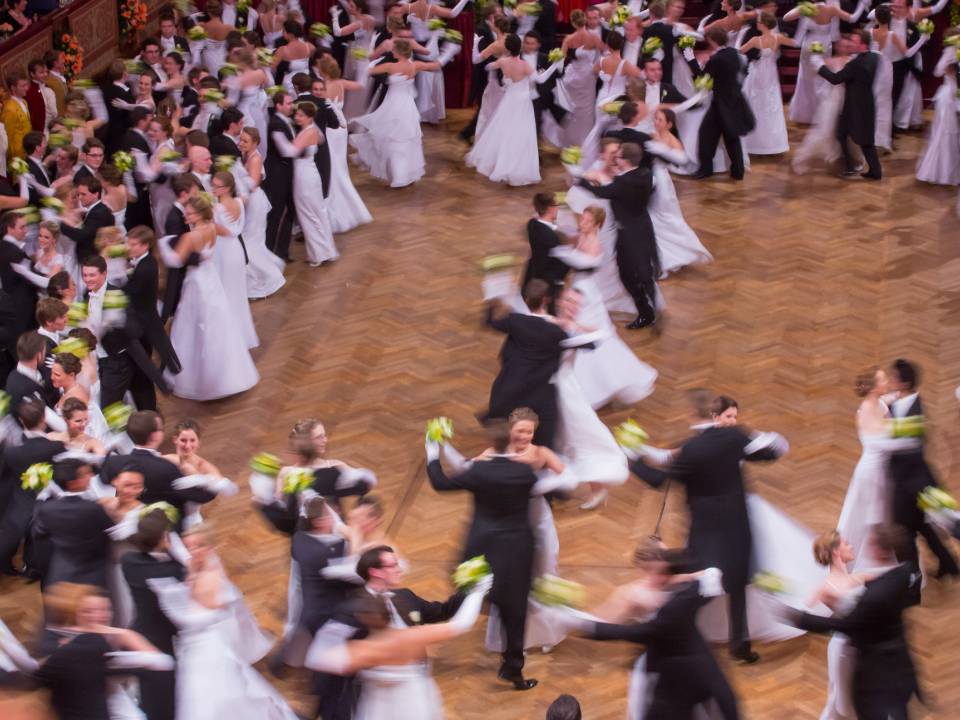 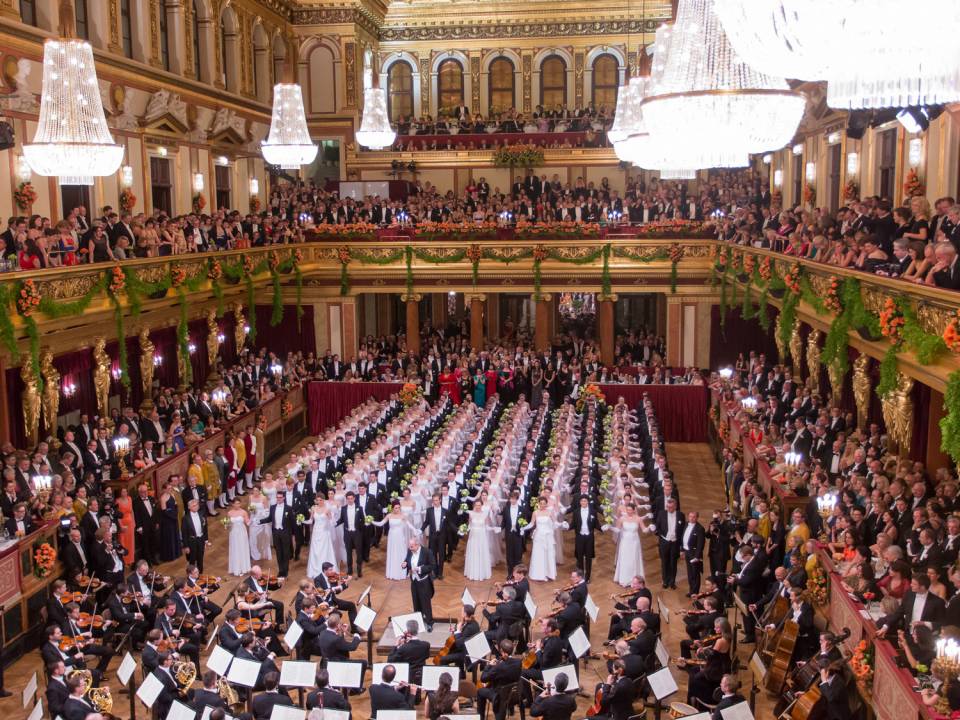 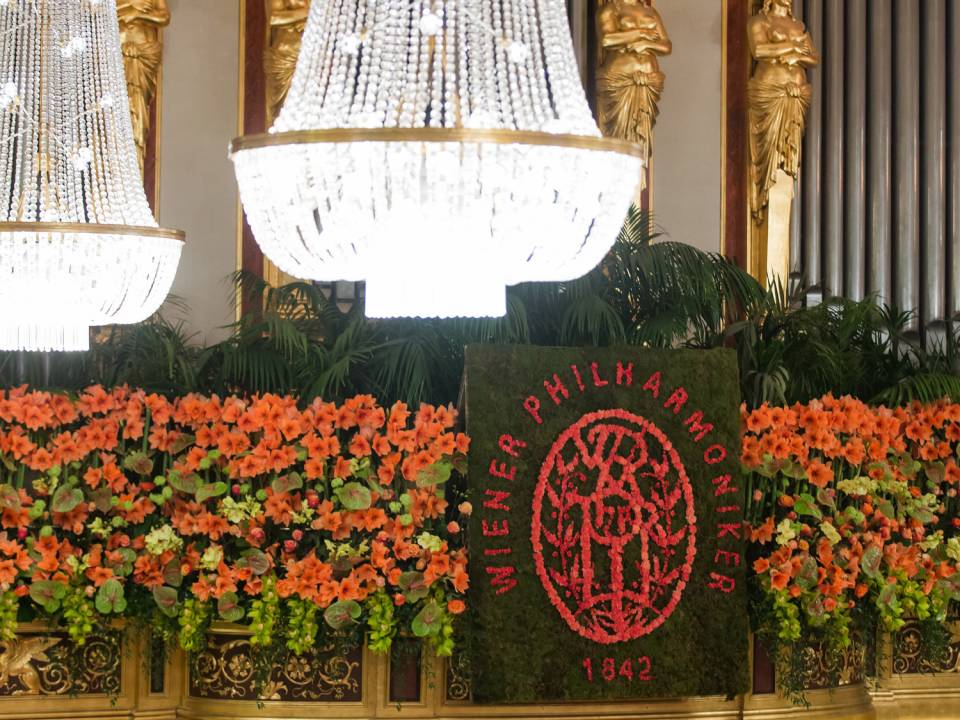 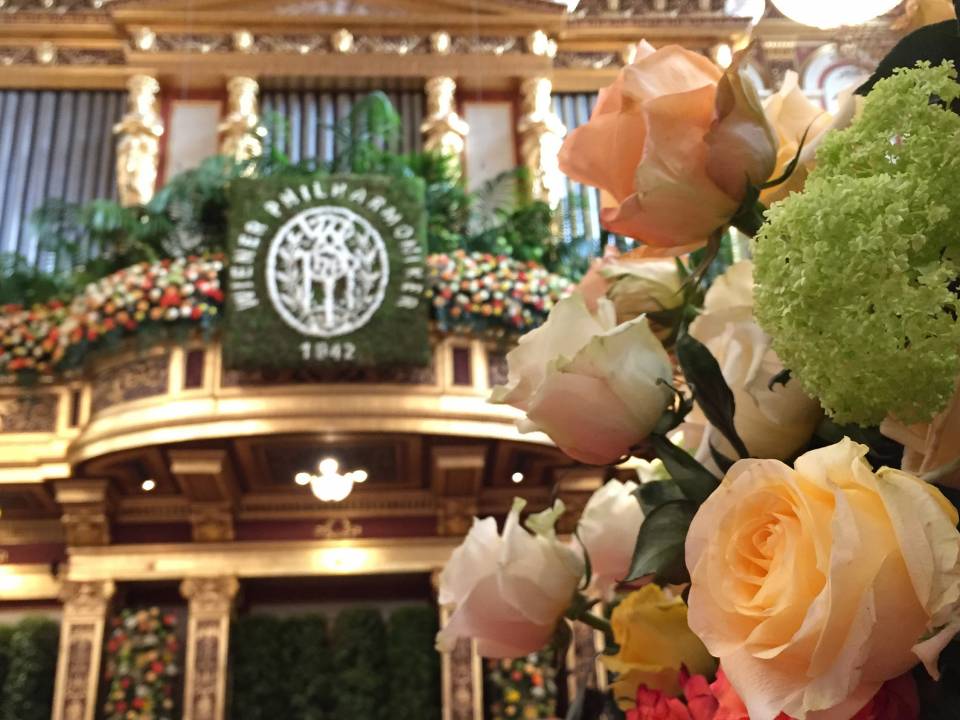 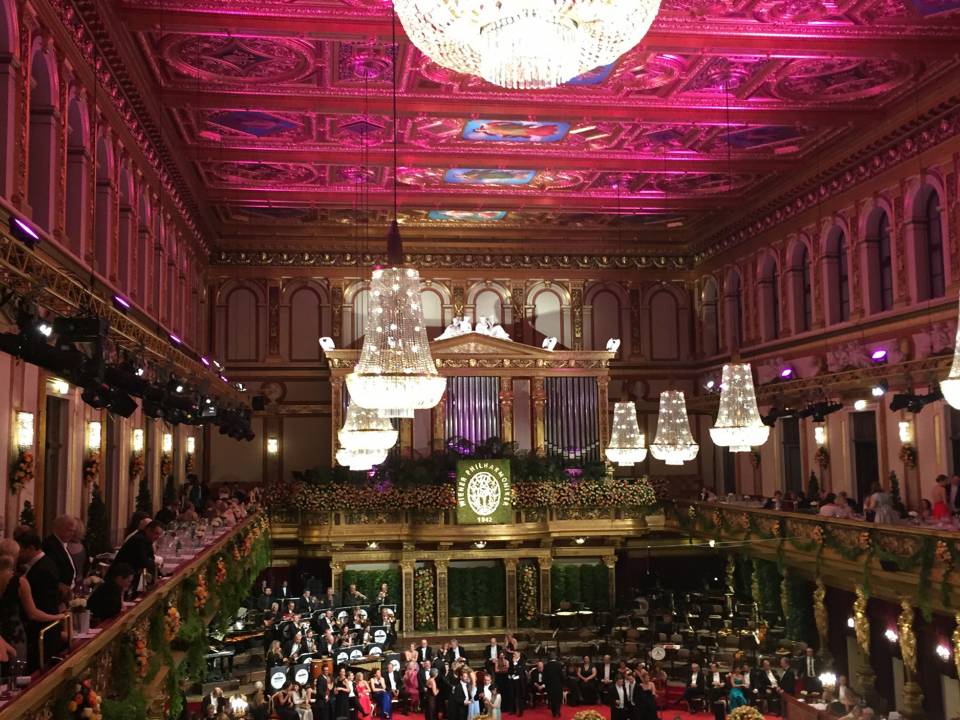 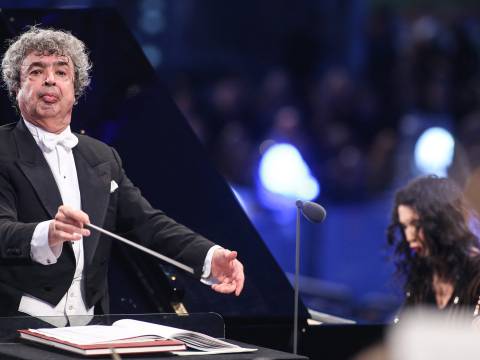