You would be hard pressed, anywhere else but in the financial metropolis of Zürich, to find passionate lovers of music and spoken theater who come together to create a joint stock company in order to finance a theater. The founding of the Zürich Opera House dates back to 1834, when a building (“stock theater”) was constructed to house drama performances of every genre. In addition, the church from the former Barfüsser abbey was renovated.

On New Year’s Eve 1889-90, the theater burned to the ground, and one year later the new building opened its doors on the same site as the City Theater, constructed according to the plans of Viennese architectural firm Fellner und Helmer. Along with the German and Italian classics, the repertoire has often featured premieres, including Lulu (Alban Berg), Mathis, der Maler (Paul Hindemith), and Moses und Aron (Arnold Schoenberg).

In 1964 it was officially renamed the Zürich Opera House. Thanks to the efforts of Claus Helmut Drese (1975-1986), Zürich became the mecca of Baroque opera with a much-acclaimed Monteverdi cycle (direction: Jean-Pierre Ponnelle, conductor: Nikolaus Harnoncourt).
For over twenty years (1991-2012), Alexander Pereira shaped the institution’s history, placing special emphasis on premieres, which successfully enhanced the opera house’s profile. Andreas Homoki has served as the artistic director of the opera house since 2012. 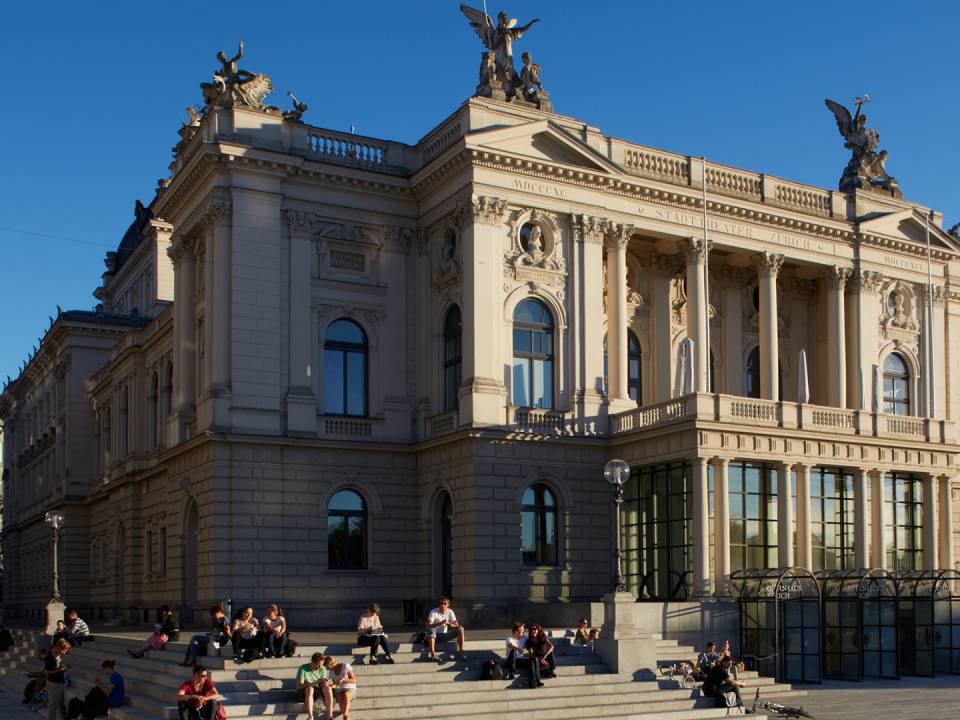