Now, in its fourth year, the Red Ribbon Celebration Concert has become an integral part of the world famous Vienna Life Ball Weekend, one of the biggest fund-raising events to further the cause of those living with HIV or AIDS.

Staged in the legendary Burgtheater, the concert assembles a line-up of international stars which reads like the who is who of classical music. Anna Netrebko, Juan Diego Flórez, Piotr Beczała, Elena Maximova, Thomas Quasthoff, Yusif Eyvazov and Kristīne Opolais as well as the jazz singer Gregory Porter perform an extraordinary concert according to the motto “Building Bridges for Peace”. From Porter’s hit “Water under Bridges” to Flórez’ performance of „Au mont Ida” from the operetta “La belle Hélène”, from „Pays merveilleux ... o Paradis“ from Meyerbeer’s “L’ Africaine” sung by the tenor Piotr Beczała to a humorous interpretation of Franz Lehar’s “Dein ist mein ganzes Herz” by Anna Netrebko and Yusif Eyvazov, the stars where celebrated with “only bravos” (Salzburger Nachrichten) throughout the whole concert. The soloists performances are accompanied congenially by the Tonkünstler-Orchester under the baton of their Music Director Yutaka Sado. Not only the audible, but also the visual accompaniment of the performances is outstanding: Drawings, animations, patterns and ornaments inspired by the Life Ball’s theme “Gold – Ver Sacrum” take the audience on a journey through Art Nouveau and Viennese Secession.
„Pure enjoyment of art!“ (Der Standard) 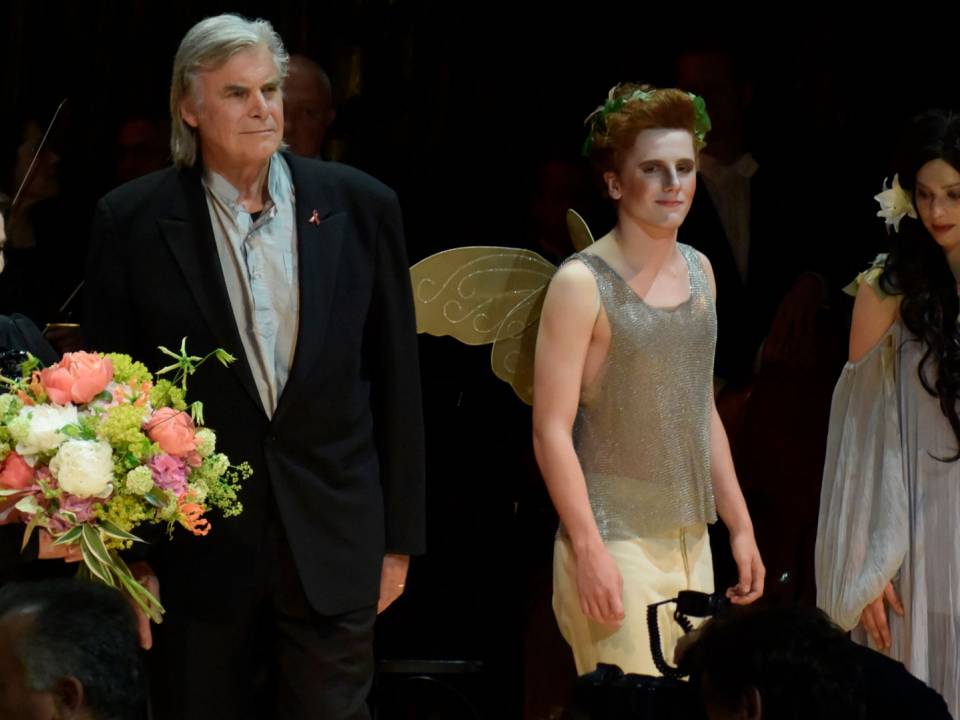 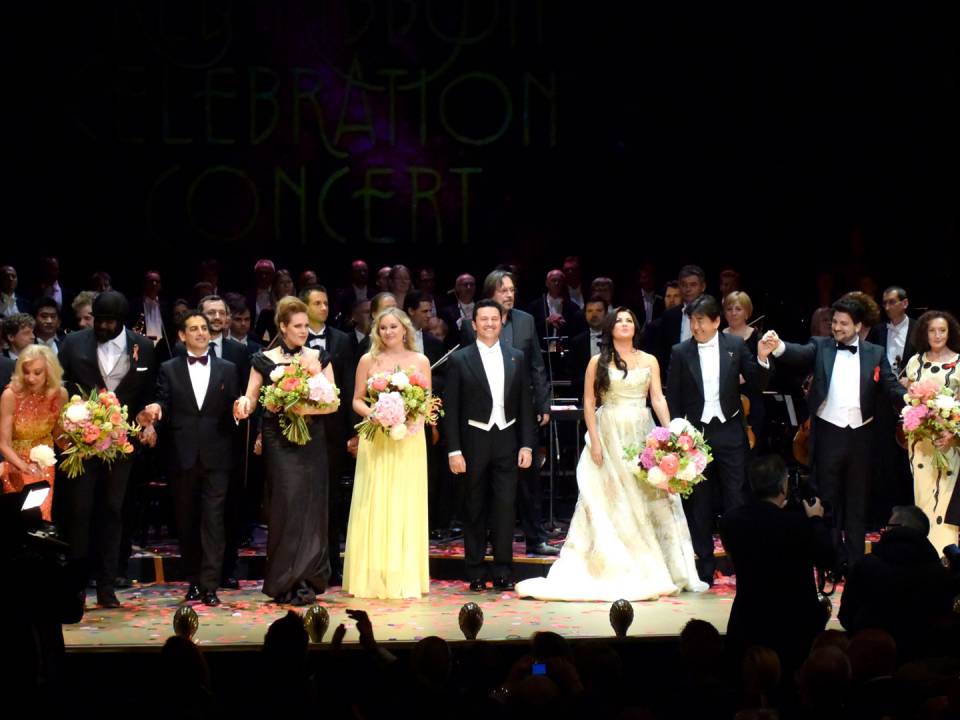 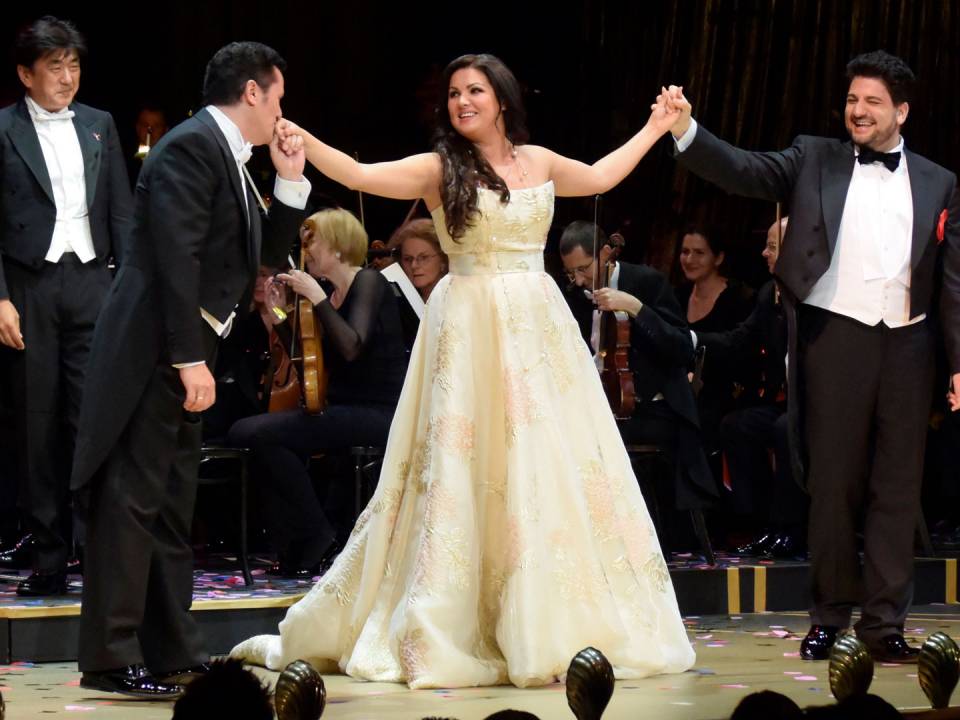 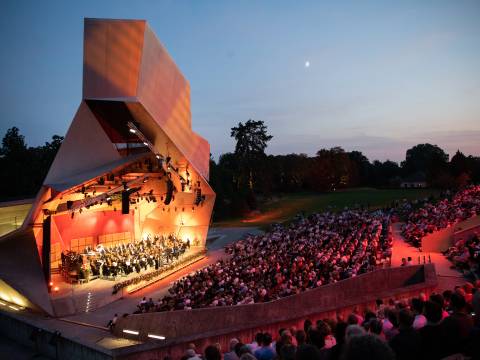