The magnificent Semperoper dominates the Theaterplatz on the river Elbe, forming the centrepiece of the historic old city. The original building opened its doors in 1841, constructed to a design by Gottfried Semper which combined a late Classical style with Renaissance elements. Following a devastating fire in 1869, the citizens of Dresden immediately set about rebuilding their beloved opera house. This was completed in 1878, also to a design by Semper. In 1945, during the final months of World War II, the Semperoper was once again razed to the ground. After a second reconstruction was successfully completed in 1985, the reopening of one of Europe’s most beautiful opera houses was celebrated with a performance of Carl Maria von Weber’s »Freischütz«. The 25th anniversary of this third opera house was on 13 February 2010.
The dazzling interiors were painstakingly reconstructed by local craftsmen and artists according to original plans, whilst the stage machinery and technical fittings in the auditorium are state-of-the-art. A modern annex was added to house the administrative offices and rehearsal rooms. Internationally renowned for its brilliant acoustics and incomparable performances, audiences from around the world continue to flock here to enjoy a unique evening in the Semperoper Dresden. 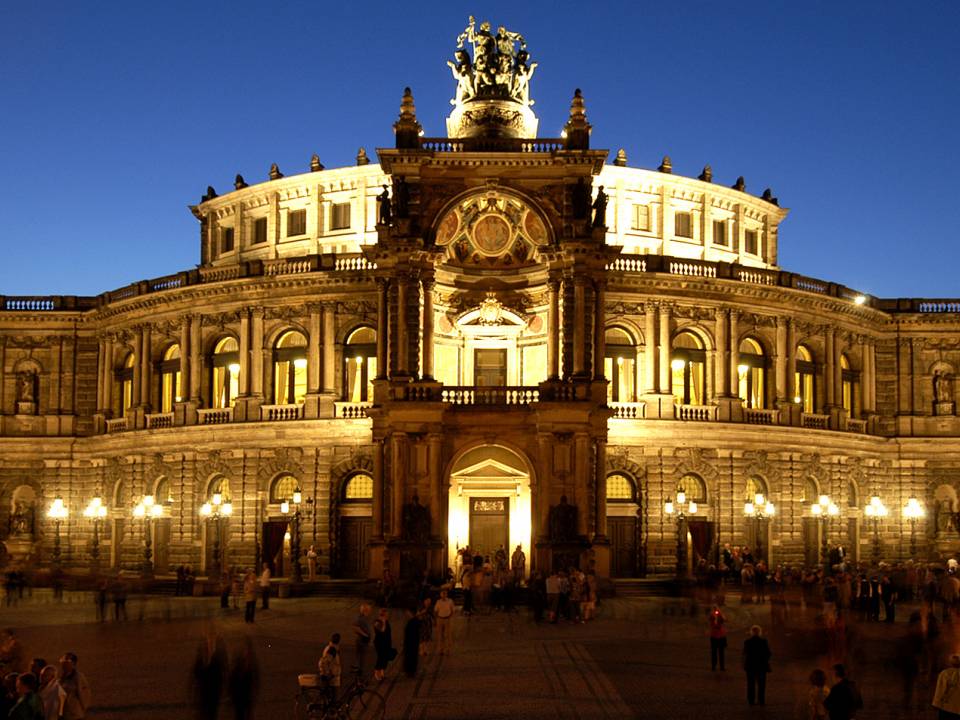 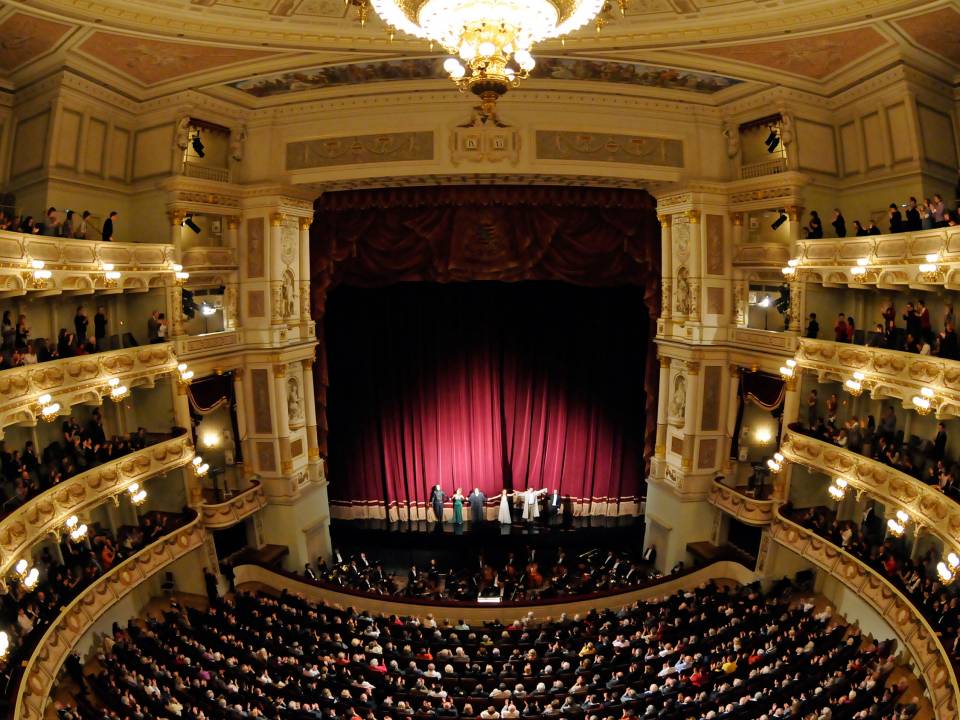