The concert series "We play for Austria" travels to Burgenland and, in cooperation with the festival stages located around Lake Neusiedl - the Opera in the St. Margarethen Quarry, the Mörbisch Lake Festival, the Liszt Festival in Raiding, the Schloss-Spiele Kobersdorf and the Herbstgold Festival in Eisenstadt - presenting a brilliant programme of classical music, musicals and theatre.

The evening will be opened by Swiss soprano Ana Maria Labin, who last year appeared as Pamina in Wolfgang Amadeus Mozart's "The Magic Flute" at the Opera in the St. Margarethen Quarry. Accompanied by pianist Christian Koch she sings "Welch Labung für die Sinne" from Joseph Haydn's "Four Seasons". The Janoska Ensemble, which can be seen once again in the Haydn Hall during the Herbstgold Festival on September 20 with a concert in honor of the "big B's" - Beethoven, Bach, Brahms and Bartók - will then perform an improvisation based on Cole Porter's "Summertime" with musical influences by Ludwig van Beethoven under the title "Cole over Beethoven". Soprano Julia Koci and pianist Christian Koch will send a musical video greeting from the Seefestspiele Mörbisch with "Lips kiss so hot" from Franz Lehár's operetta classic "Giuditta". Together with tenor Paul Schweinester, the two will also perform "Tonight" from Leonard Bernstein's musical world success "West Side Story".
On behalf of the Liszt Festival in Raiding, whose October cycle is scheduled to take place from 16 to 25 October, the piano duo Eduard and Johannes Kutrowatz will present Harvey Schmidt's "Try to remember" and "Sweet Georgia Brown" in a video message. Back at Esterházy Palace, violinist Julian Rachlin and pianist Johannes Piirto will play the first movement of Ludwig van Beethoven's "Kreutzer Sonata".
The actors Wolfgang Böck and Wolf Bachofner will perform a scene from Johann Nestroy's play "Der Zerrissene" with a subsequent "Freundschafts-Duett" from the Schloss Spiele Kobersdorf. Two powerful arias from Giacomo Puccini's "Turandot", performed by soprano Martina Serafin, tenor Yusif Eyvazov and the Janoska Ensemble, await the grand finale in the Haydnsaal: "In Questa Reggia" and "Nessun dorma" - probably one of the most famous opera melodies. 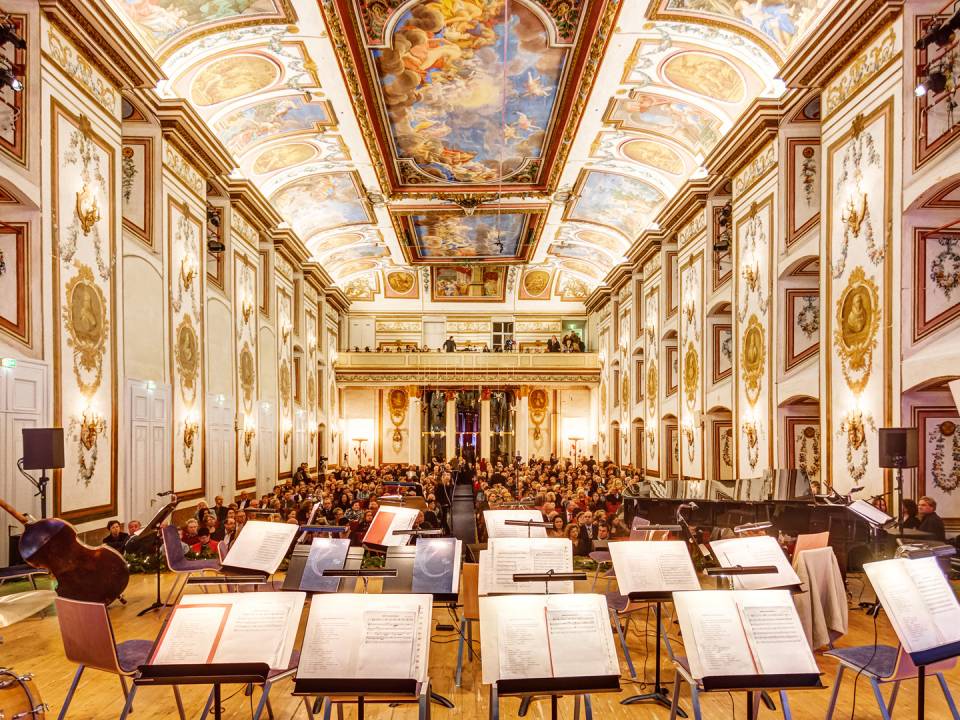 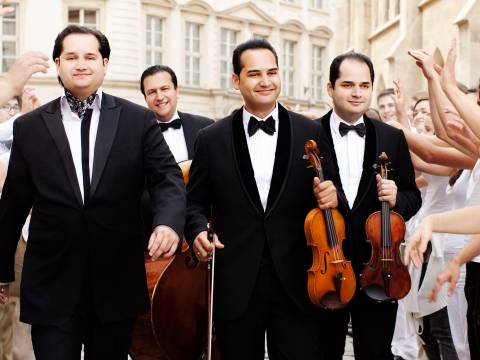 We play for Austria