Romantic castle and world-class festival at the Wolkenturm
The Grafenegg Festival location is one of the largest and most beautiful European historicist castle complexes, built on an aristocratic estate acquired by Ulrich von Grafeneck in the 15th century. After an eventful history, Count August Ferdinand Breuner constructed the castle in its present form in the English Tudor Gothic style around 1840, and it was acquired in the late 19th century by the Metternich-Sándor family. The castle is surrounded by an expansive landscape garden with rare century-old trees.
It was renovated after damage during the Second World War and has been a summer concert venue since 1971. With the construction of the Grafenegg Wolkenturm, a unique open-air stage, in 2006, the Festival joined the ranks of the elite European open-air festivals. Since then, the world’s finest orchestras have been making appearances at the Wolkenturm, which was designed by The nextENTERprise – the Romantic castle is complemented by a splendid example of contemporary monumental architecture. 1700 seats and 300 lawn spaces are available for the summer concerts and three-week-long festival starting in mid-August; in case of inclement weather, the concerts are held in the newly-built auditorium on the castle grounds. 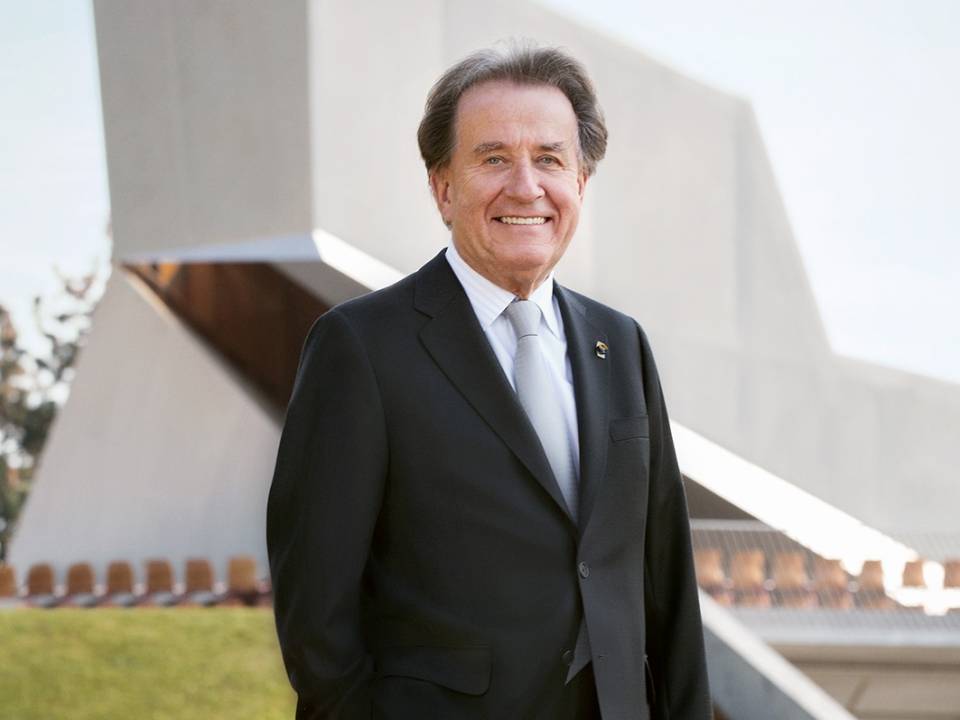 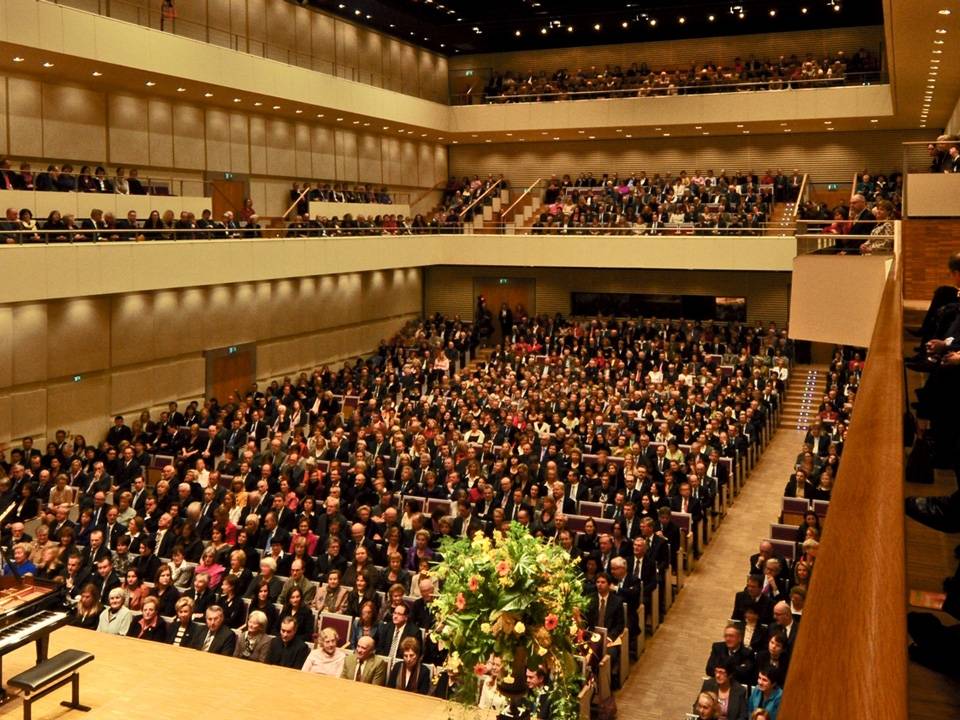 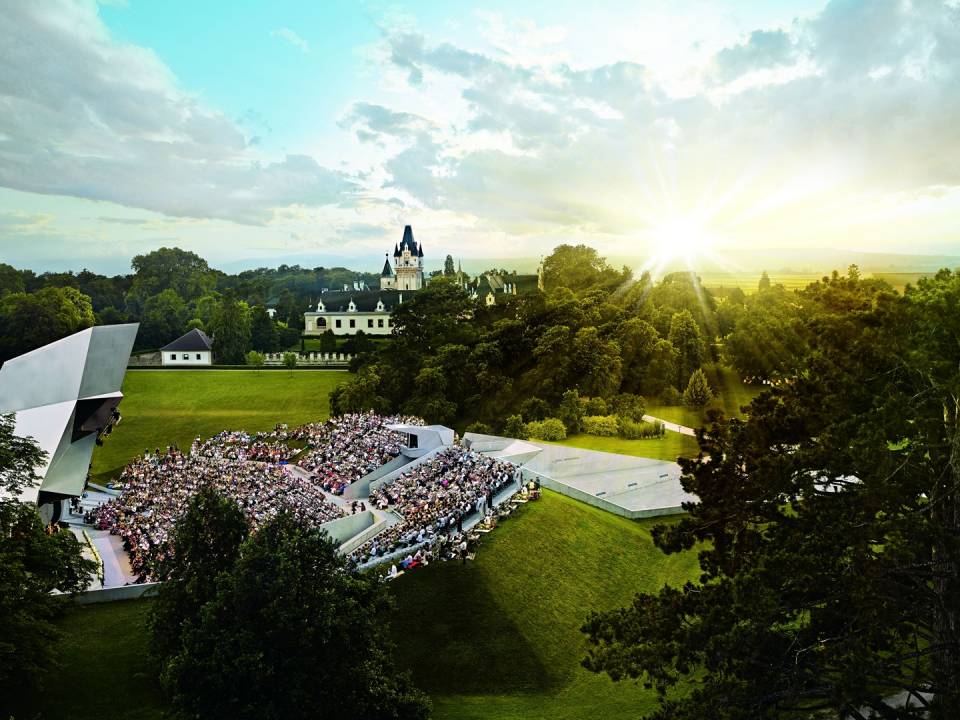 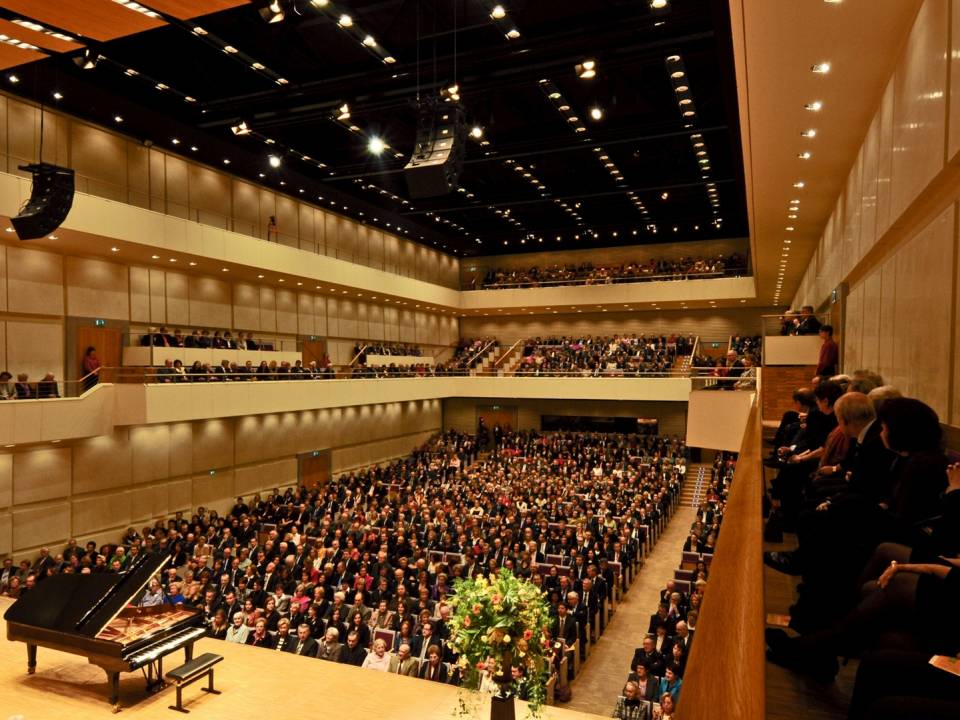 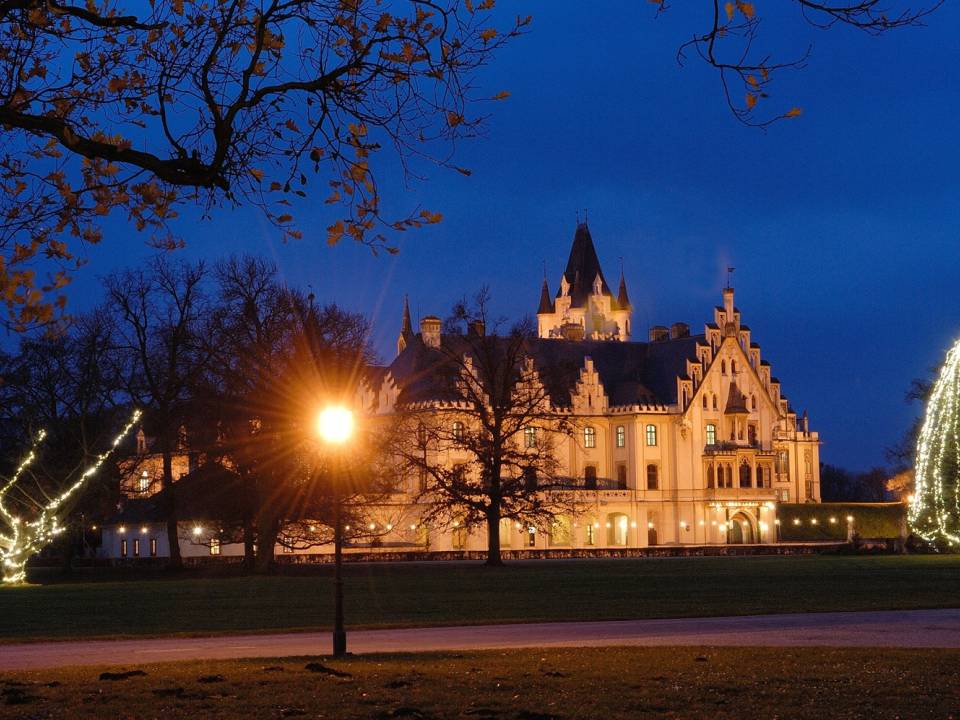 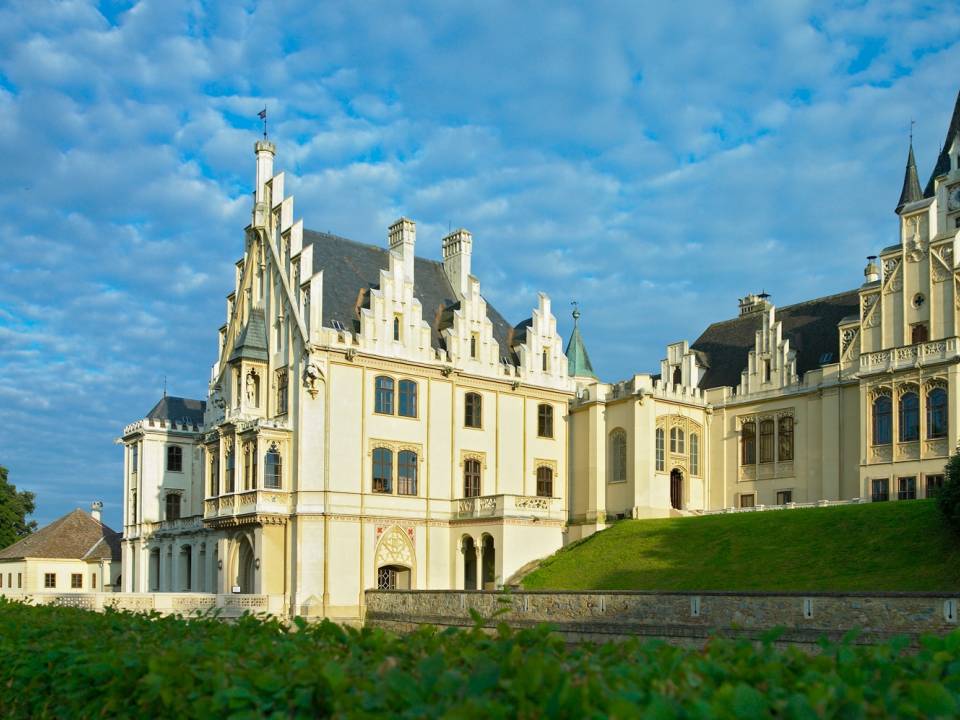 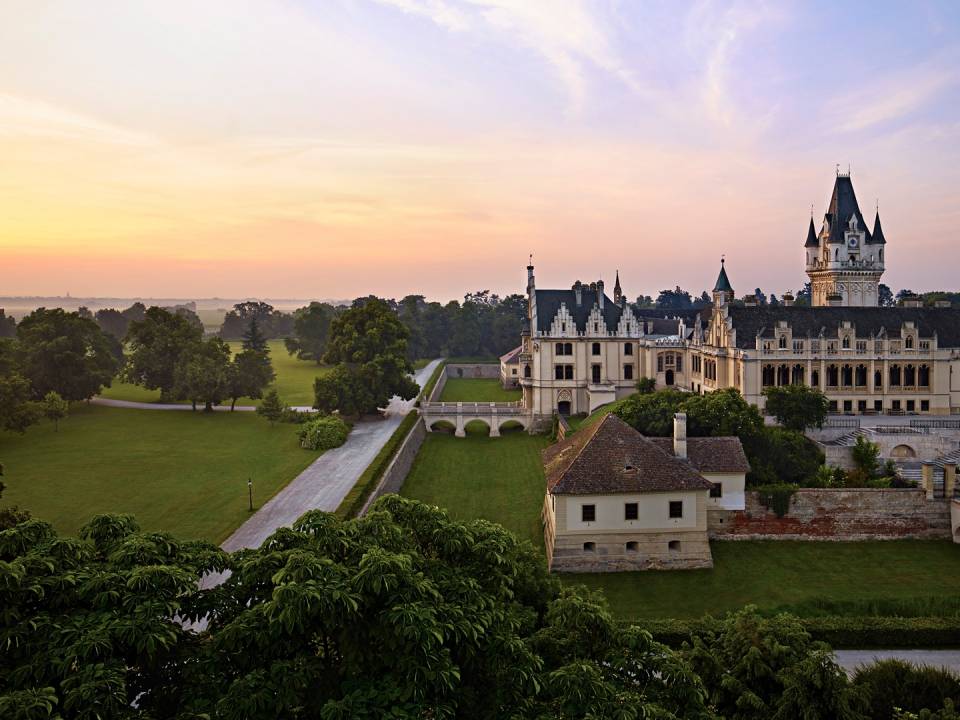 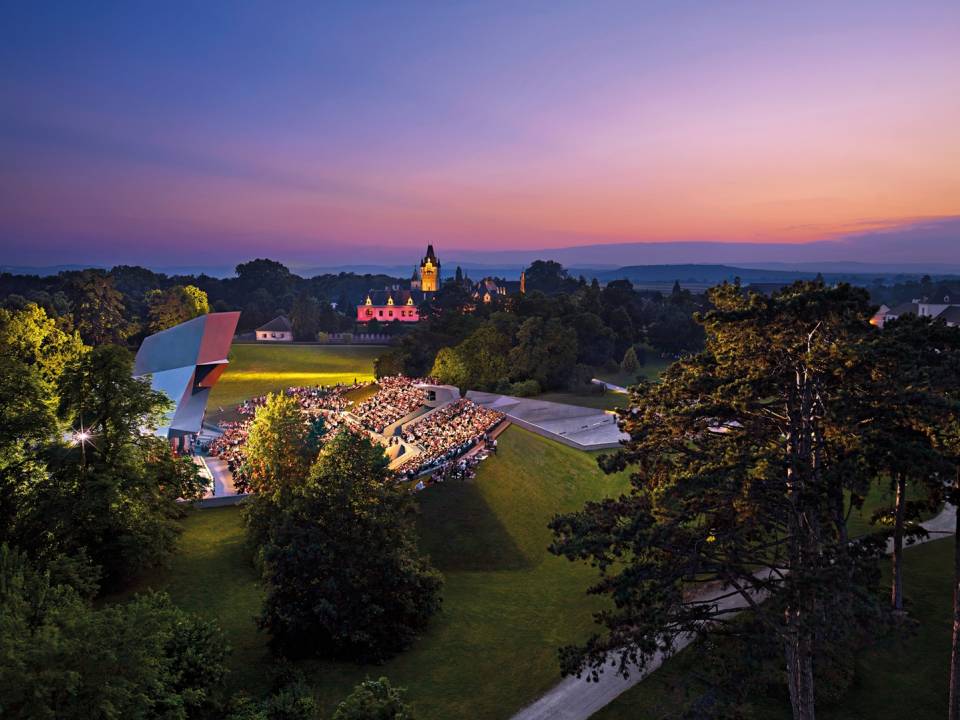 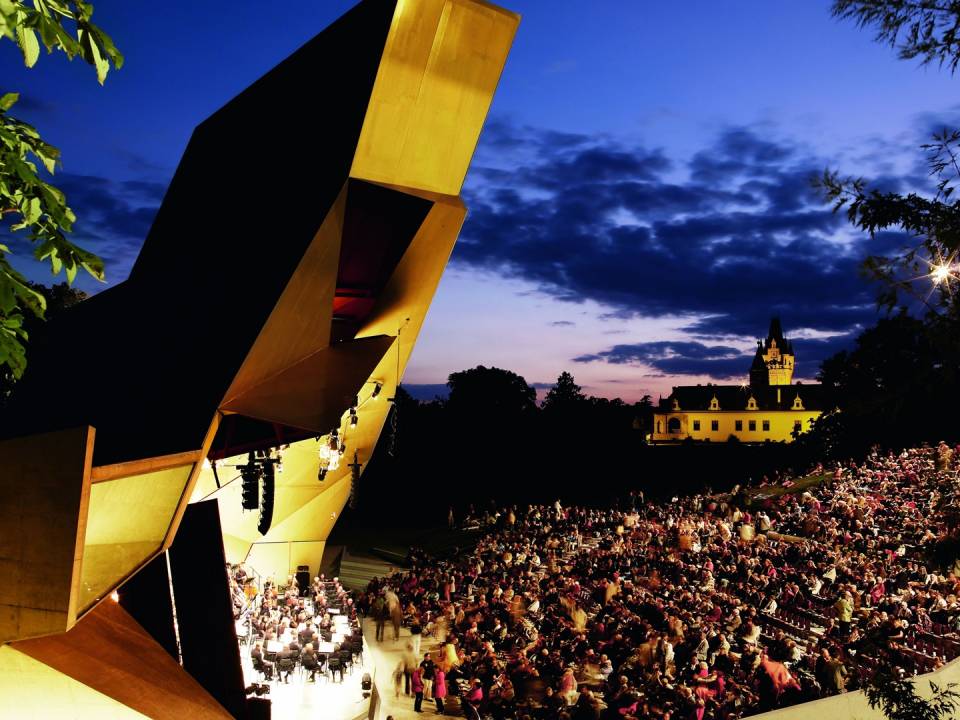 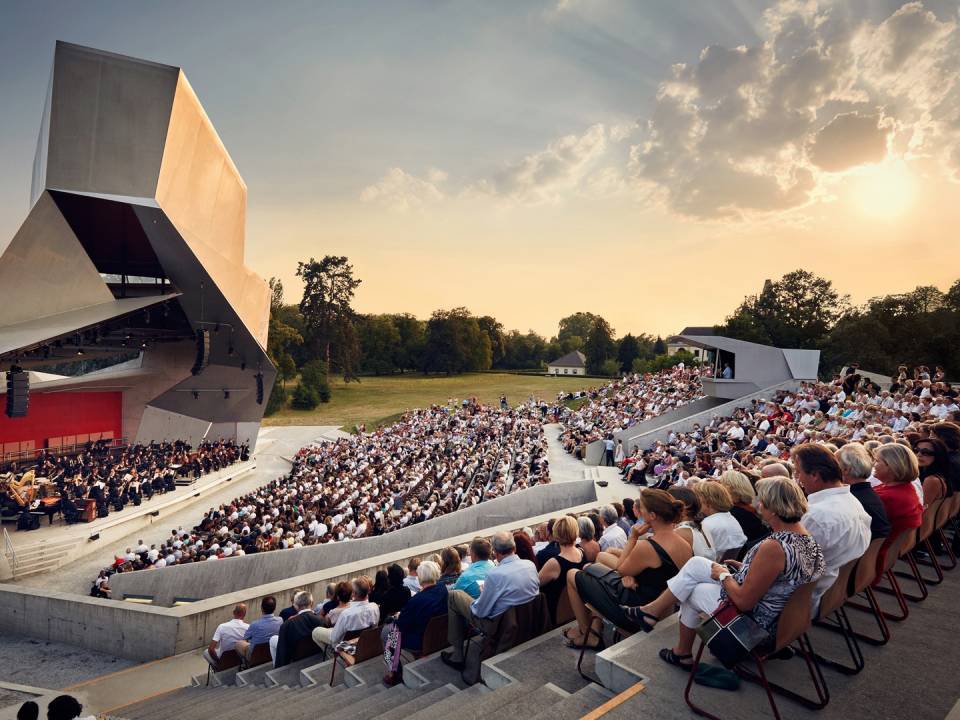