Saul is the King of Israel, chosen by God and venerated by the people. After David killed Goliath in the battle against the Philistines and was able to return home in triumph, he is presented to Saul and his family. Everyone is dazzled by the young hero’s charisma. Saul’s son Jonathan immediately offers to be his close friend, and Saul himself would like to marry David to his daughter Merab. Merab, however, is dismissive of David, pointing out that he is of lowly birth. The people of Israel now praise not just the popular King Saul, but also David, the new hero. In Saul’s mind, one single sentence echoes: “Saul has slain his thousands, and David his tens of thousands.” This affront hurts Saul deeply and madness takes him. David is told to use the power of his harp to heal him, but his efforts are to no avail. Saul tries to kill David with a javelin, but David escapes. In the end, Saul commands his son Jonathan to murder David. Jonathan refuses. Saul devises a new plan. He now intends to marry David to his younger daughter Michal instead of his older daughter Merab – the two young people are fond of each other, after all. He also intends to send him into battle against the Philistines which he believes will be his certain death. The plan fails, and David returns to the court victorious. Saul again throws a javelin at him. Michal helps David to escape. Saul sends out a search party to find him. Following her initial dislike, Merab has now fallen completely under David’s spell. Saul – increasingly unstable – again decides that David must die. In a fit of uncontrollable anger he attacks his own son. He feels that he has been abandoned by God and the world. At that moment, the Witch of Endor appears to him. He hopes that she will give him counsel. The meeting with the witch confronts him with the future and consequently with his own death. And it is not long before the deaths of the King and his son Jonathan are announced: they died in battle against the Philistines. Songs of great sorrow are sung. Merab and Michal grieve for their brother and their beloved father. David is appointed the new king.

George Frideric Handel had dominated musical life in London with his Italian-style operas ever since his sensational success with Rinaldo in 1711 – going broke twice in the process, incidentally. From the outset, however, there had been critics who demanded operas in English. By the end of the 1730s Italian operas had fallen entirely out of favour in London, so the composer looked for new ways of captivating his listeners. He began to experiment more extensively with English-language oratorios. In 1739, Saul marked the start of his new career. For Handel, oratorios in English had several advantages: He satisfied the opponents of Italian opera, did not have to pay the expensive fees commanded by Italian singing stars, and did not have to budget for opulent sets and costumes. Possibly to compensate for the lack of visuals, Handel scored Saul for remarkably rich and novel instrumentation: to begin with he used instruments that were thought at the time to have been used in the days of King David (1000 BC), such as trombones and extensive percussion. To this he added a harp, required by David’s use of one in the piece as a means of trying to soothe Saul, and a carillon, a set of bells played by striking a keyboard, that succinctly portrays Saul’s madness as the oratorio progresses. Furthermore, the structure of Saul still shows a great affinity with opera because unlike conventional oratorios there is no narrator. Instead, the characters speak to and across one another. These dramatic elements make it almost natural to present Saul not in concert form, as is traditional for an oratorio, but to think of it in terms of a staged production. In the 2017/18 season, director Claus Guth and his set designer Christian Schmidt grasped the nettle and created a highly acclaimed production that offers a lot of room for associations and thoroughly explores the titular character – just as Handel intended. The title role of the despairing King Saul who sees his power slowly diminishing will be sung by our artist in residence Florian Boesch, just as it was in 2018. 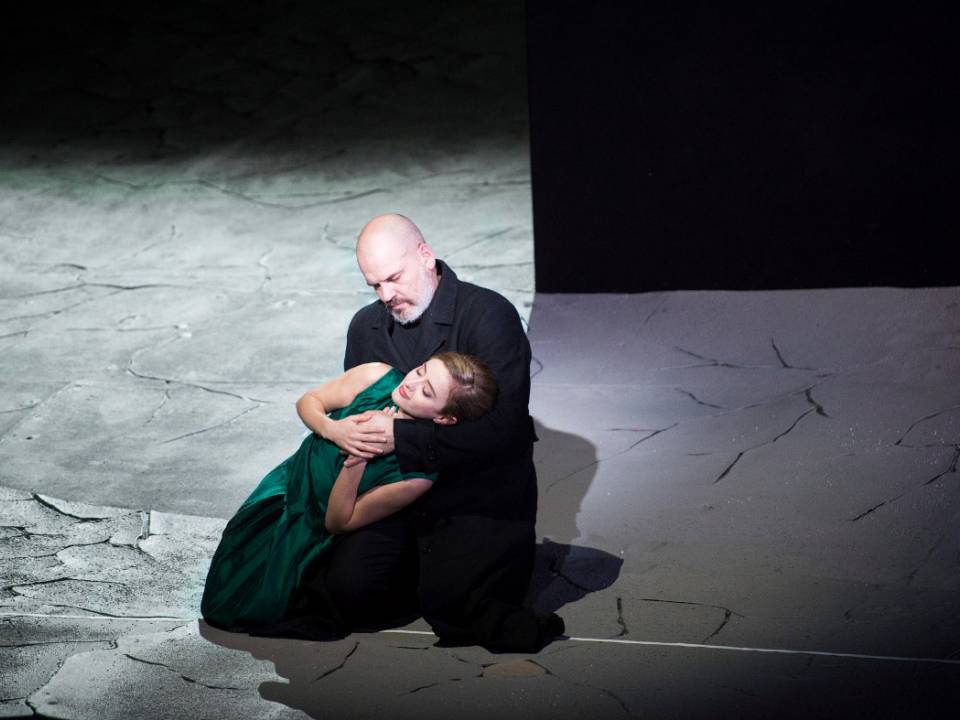 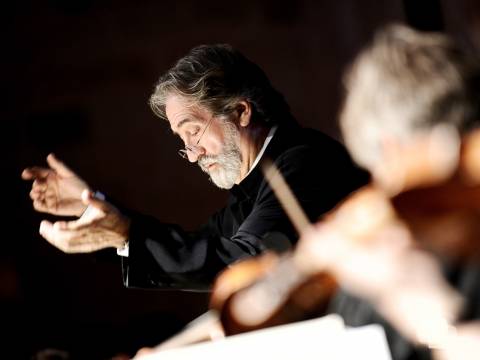 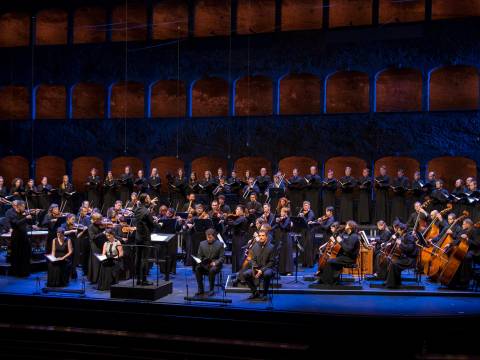