Intolleranza 1960 is an opera that provides more questions than answers. Can it in fact be called an opera at all? Or does it offer a statement of much greater importance? Does it transcend its own political content when it is staged today, as Intolleranza 2021? Italian composer Luigi Nono sought a new form of music theatre in which the voice, simultaneity and the spatial use of sound were examined and employed in a singular way. He was initially associated with the Second Viennese School (Arnold Schoenberg, Alban Berg, Anton Webern) and rejected traditional operatic conventions at a very early stage. He explored new compositional techniques, made use of tape and electronic music and called certain works ‘situations’ and azione scenica (stage action). Such dramaturgical perception made him an innovator. His musical outlook was fuelled by his political views. As a young partisan fighter, he joined the Italian communist party during the final days of Mussolini’s dictatorship, when membership was still a crime. Nono attempted to make socially-committed music, which was not only expressed in aesthetic forms but also had a direct impact on its listeners. It was crucial to him that his work was accessible to all social classes.
Nono wrote Intolleranza 1960, seen as his debut in the world of theatre, following a commission for the 24th International Festival of Contemporary Music at the Venice Biennale, where it had its premiere at the Teatro La Fenice 60 years ago. It was considered one of the most striking pieces of music in the history of the post-war avant-garde and a culminating work of Nono’s first artistic period. He wrote the Italian libretto himself, based on an idea by Angelo Maria Ripellino and documentary writings, as well as poems, by Julius Fučík, Henri Alleg, Jean-Paul Sartre, Paul Éluard, Vladimir Mayakovsky and Bertolt Brecht. It tells of an anonymous emigrant who returns to his native land. On his journey, he finds himself in the midst of a protest and, although innocent, is arrested, tortured and imprisoned in a concentration camp. His longing for home becomes an urge for freedom. He succeeds in escaping, but fate strikes when a tidal wave causes a humanitarian disaster.
Despite its radicalism, the progress of Intolleranza 1960 was hindered by numerous obstacles. These started before the premiere, as his collaboration with Ripellino did not go according to plan. Nono reworked the text himself, which the then chairman of the Biennale subsequently tried to censor. And the work was also attacked and disrupted by neofascists at its premiere.
The azione scenica reflects Nono’s aversion to the power system and is composed of allegorical episodes that criticize everyday absurdities. It is a passionate and almost visionary protest against racism, intolerance, oppression and the violation of human dignity, with an added climatological catastrophe that directly places the opera within current discourse. ‘Intolleranza 1960 is the awakening of human awareness in a man who has rebelled against the demands of necessity and searches for a reason and a “human” basis for life. After several experiences of intolerance and domination, he begins to rediscover human relations, between himself and others, when he is swept away in a flood with other people. There remains his certainty in “a time when man will be a help to man”. Symbol? Report? Fantasy? All three, in a story of our time’, wrote Luigi Nono.
This production of Intolleranza 1960 for the centennial season of the Salzburg Festival is unique, not only for its content, but also because Nono’s oeuvre has been performed in Salzburg over the last 30 years in exemplary performances. As a Nono expert, conductor Ingo Metzmacher underlines that ‘Nono’s work and legacy are like a guiding light I still follow today’. Over the past two years, Jan Lauwers has been making an intensive study of the importance of political art, which will be reflected in this new staging. ‘Political art negates the beauty of politics. Yet art is always political’, he explains. 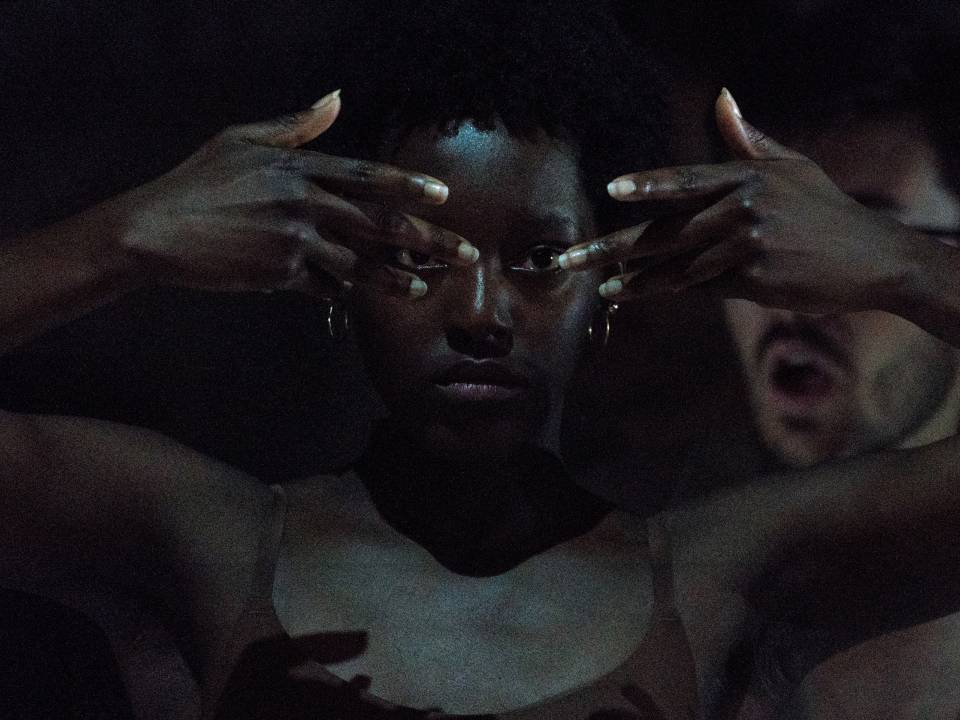 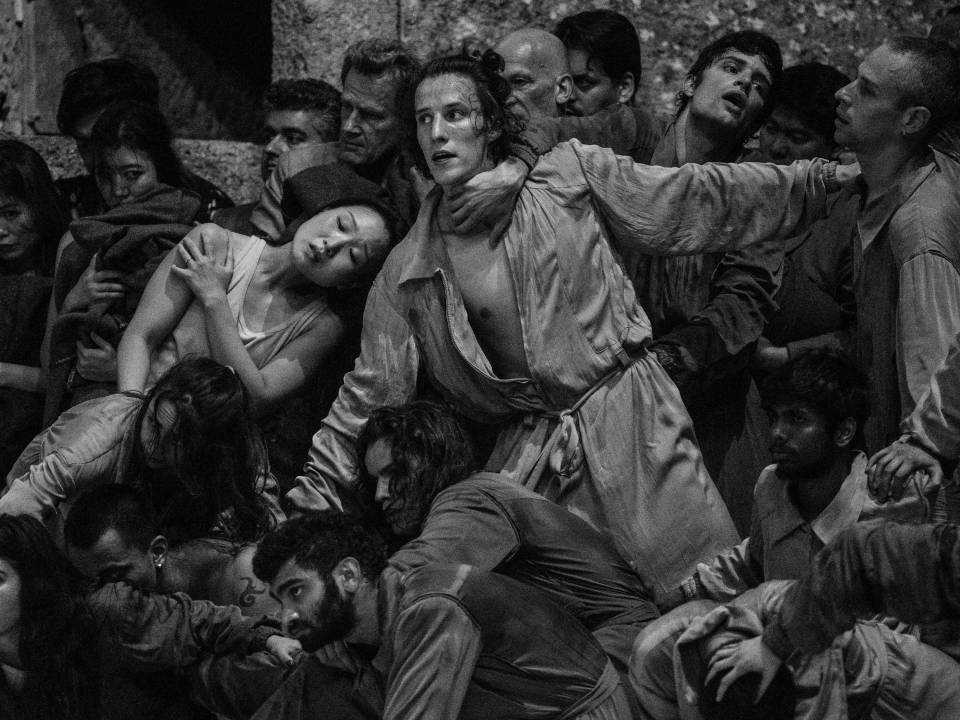 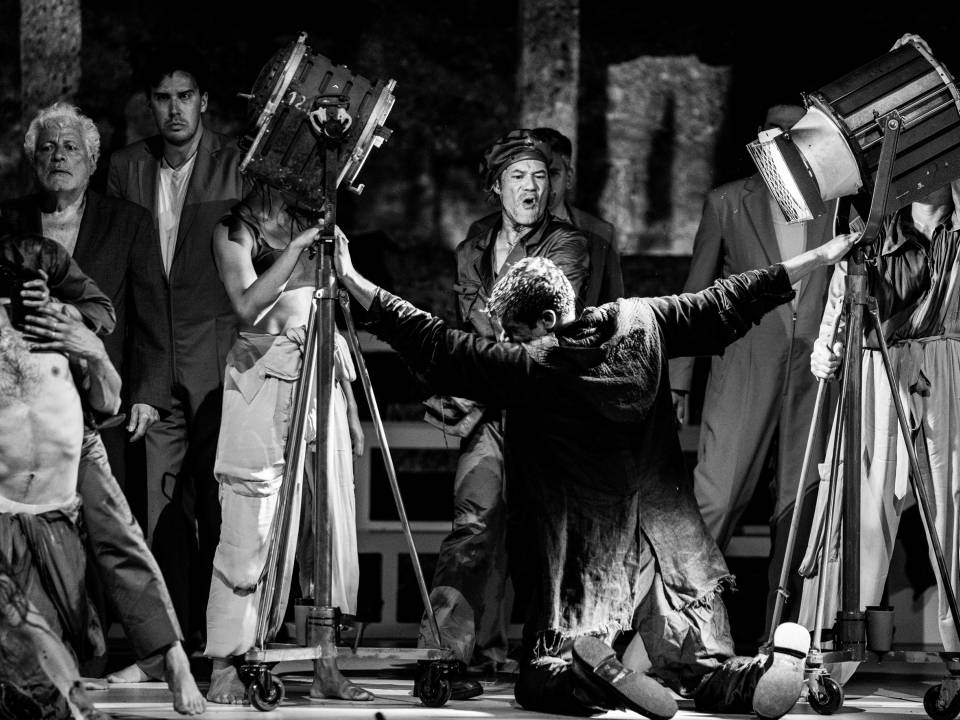 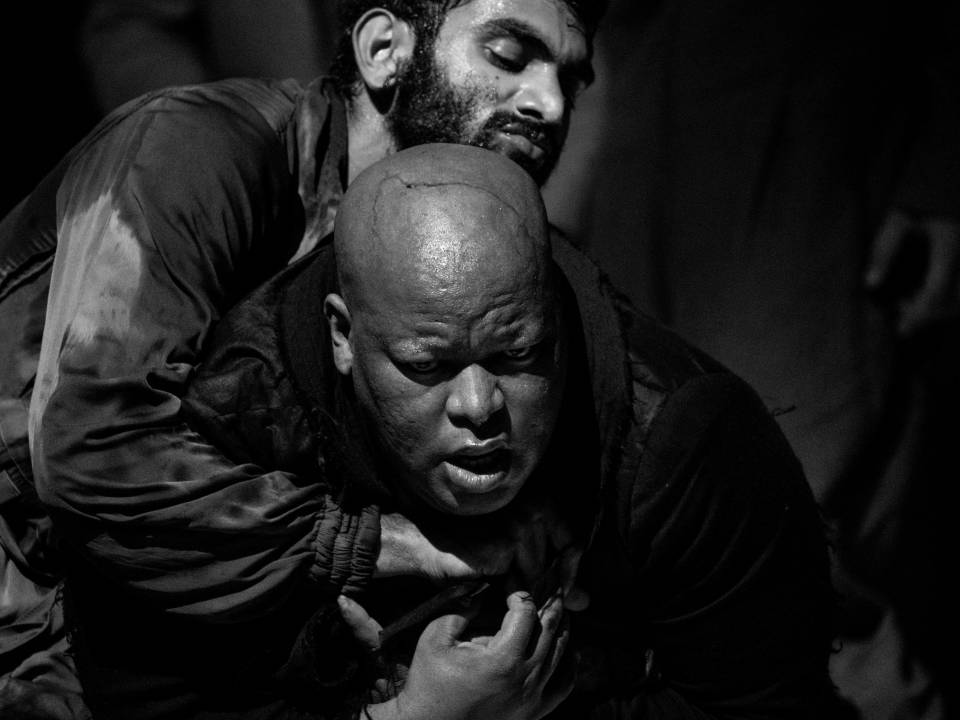 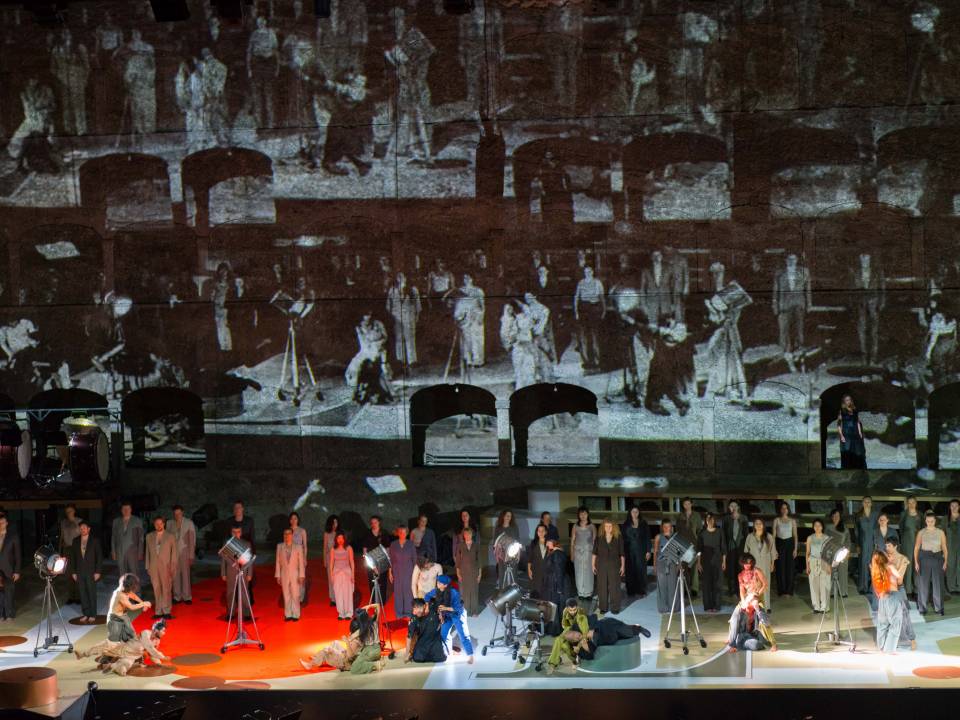 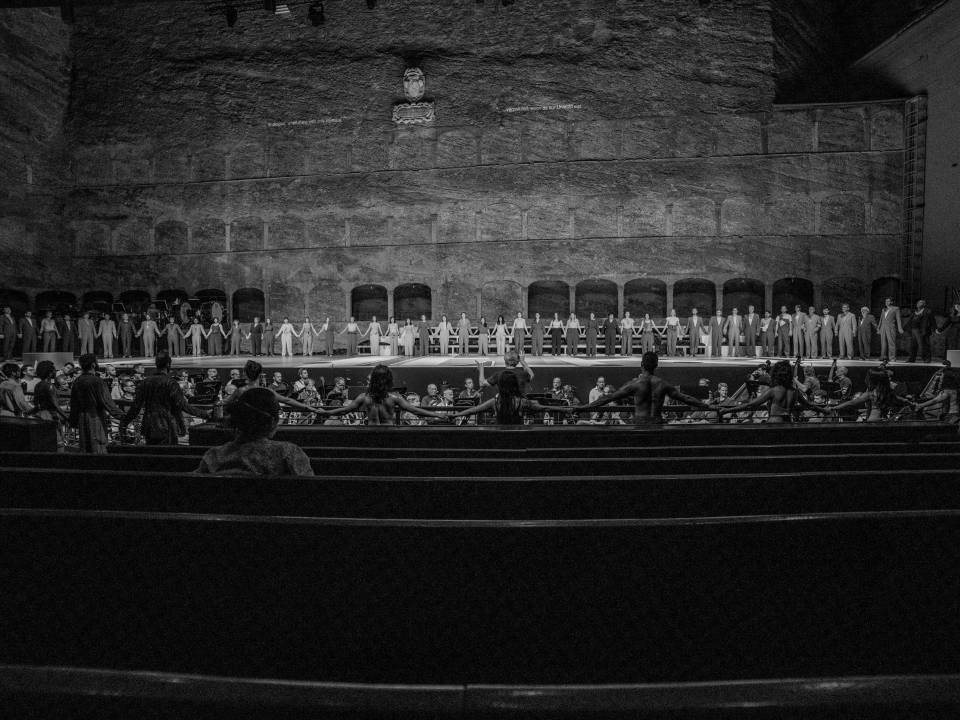 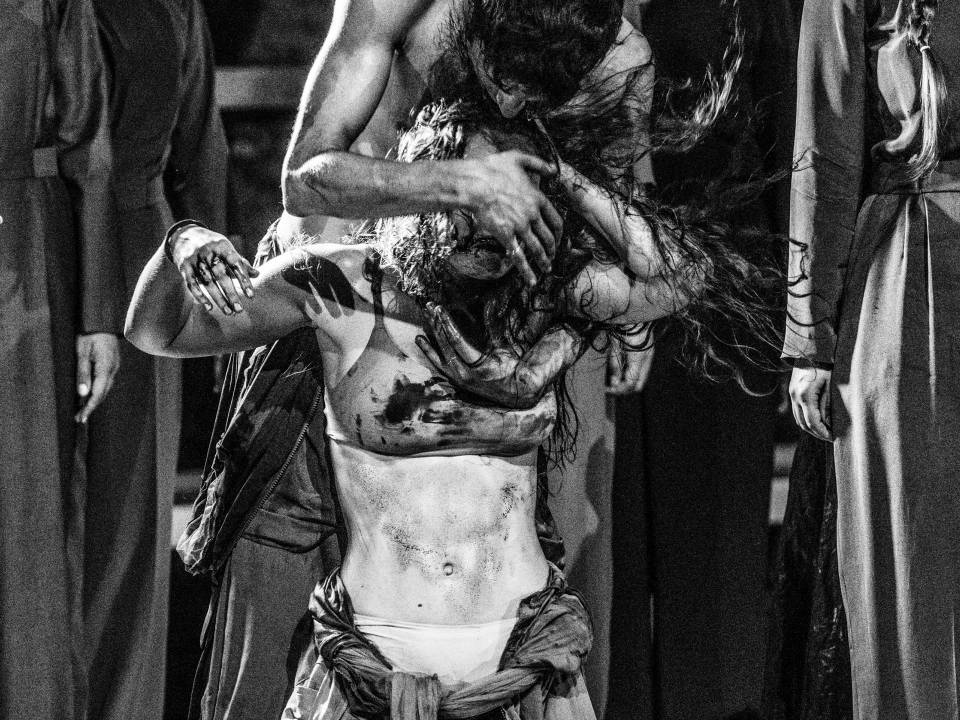 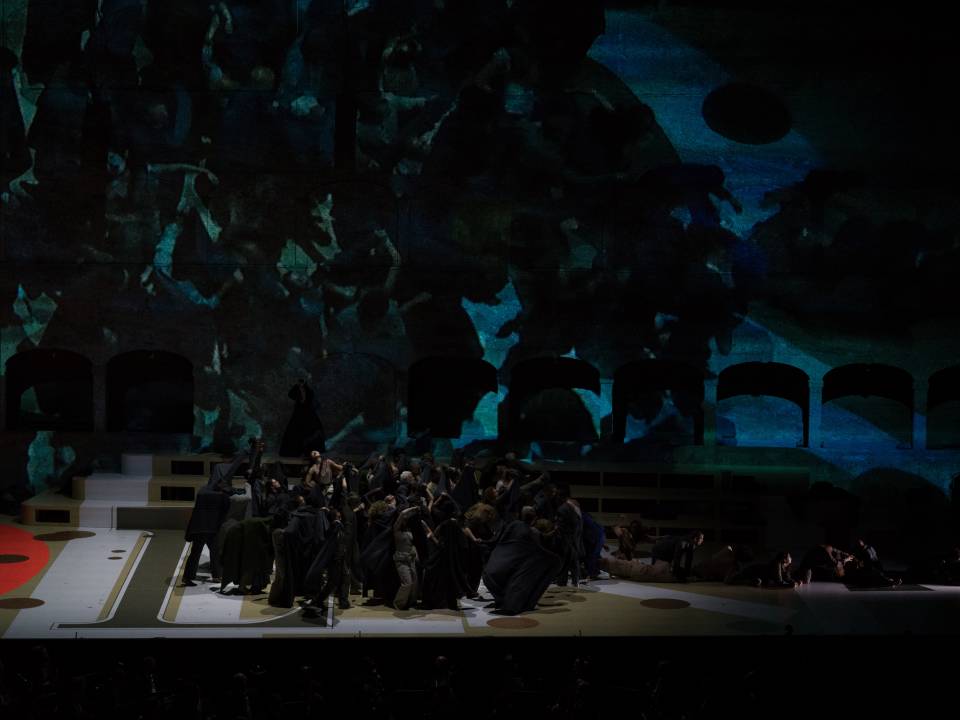 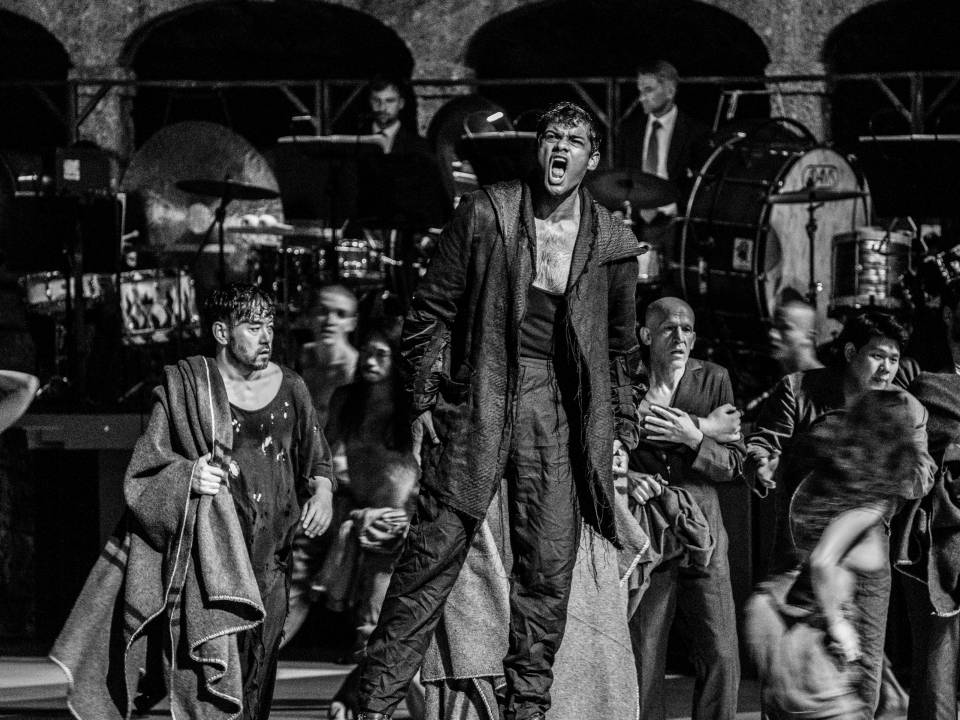 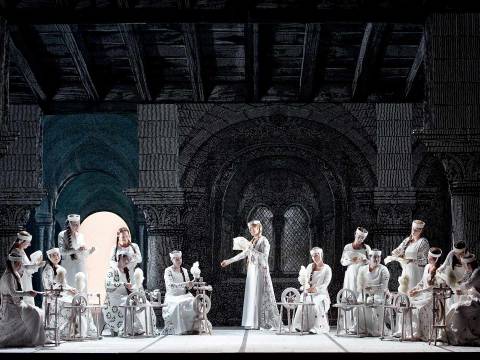 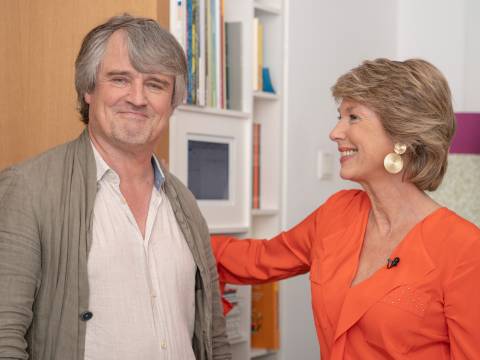 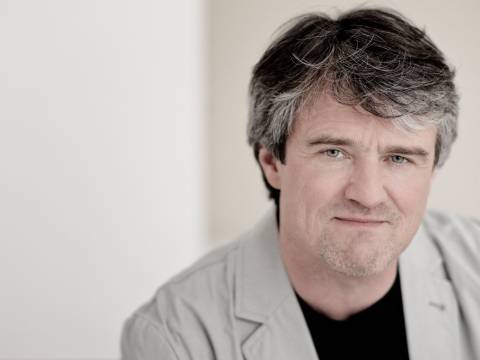